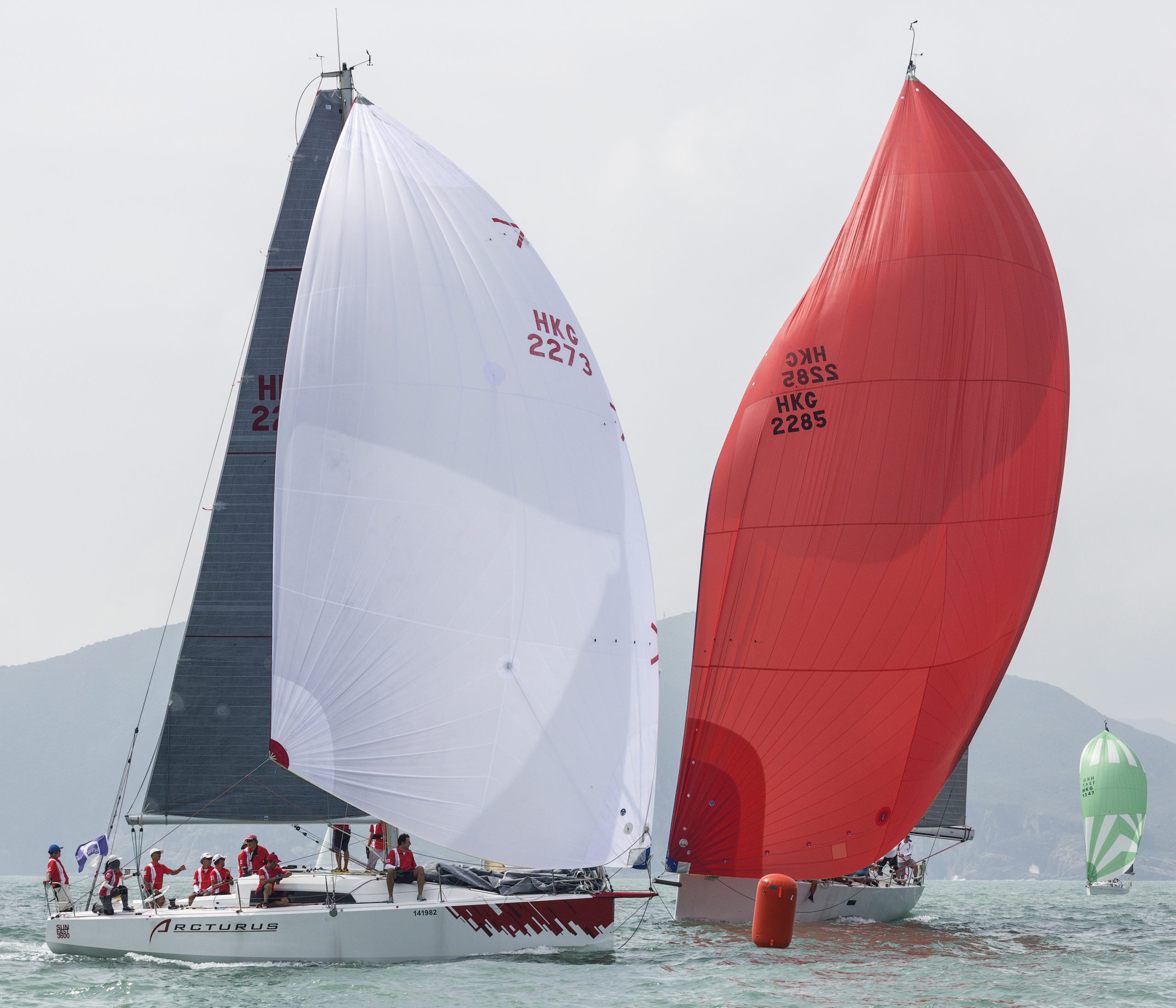 The Volvo China Coast Regatta got underway on Saturday in the wake of Tropical Cyclone Haima which brought Hong Kong to a standstill just 24 hours before; including the forced cancellation of the Regatta’s Welcome Drinks and Skipper Briefing.

It was a great first day of racing with clear skies, a flat sea state and southerly breeze of 6 to 8kts – a complete contrast during yesterday’s typhoon.  The first race kicked of at 1030hrs for the five boats in IRC 0 including Seng Huang Lee’s super maxi Scallywag (ex Ragamuffin 100) and Marcel Liedts’ Ker 46, Zannekin.  Thebusiest start line was for IRC Racing 2 and 3with 16 boats vying for position.

Today’s racing went to plan with IRC Racer Class 0, 1, 2 and 3 competing in three windward/leewards whilst IRC Premier Cruising and HKPN were set a windward/leeward followed by an island course.

The weather brightened progressively throughout the day and the wind remained study; only dropping slightly in the last race of the day.

Race Officer Inge Strompf-Jepsen was pleased with how Race Day 1 went saying “We are lucky we got all of the planned three races in for IRC Racing Divisions 0, 1, 2 and 3 and that the wind kept up though there were a few wind shifts that we had to deal and it was only in the last race that the wind started to get a little bit lighter.  The HKPN and IRC Premier Cruising divisions were sent off on a 16nm islands course but we had to extend the time limit per the Sailing Instructions so they could get a finish.

Racing tomorrow will see all fleets being set on a long islands course.  Racing starts at 1030hrs.

Provisional results to date are available online at http://www.rhkyc.org.hk/VCCR16ProvisionalResults.aspx