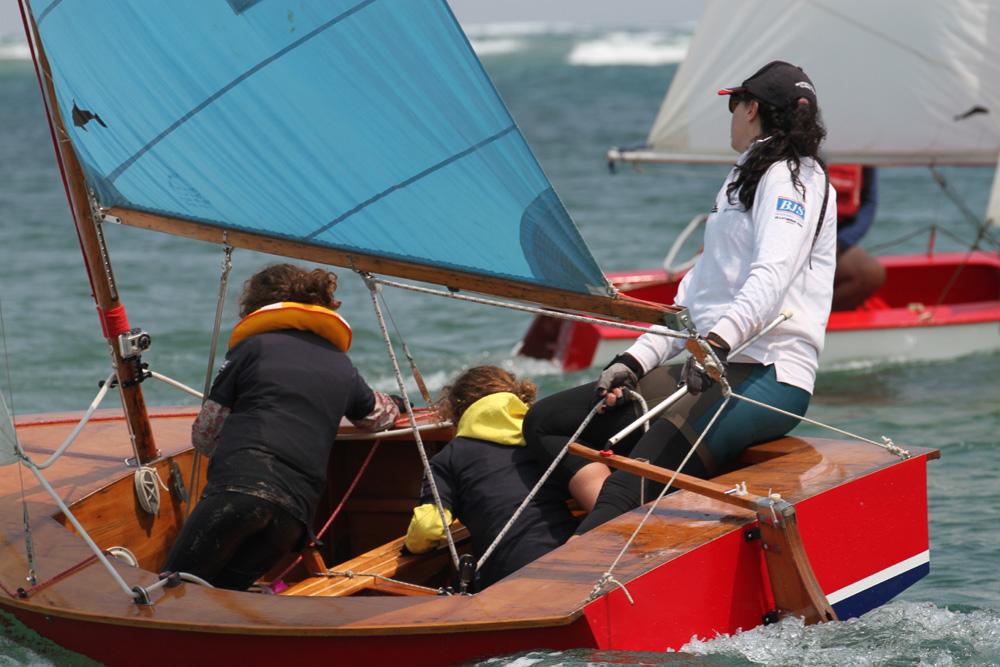 The Inverloch Classic Wooden Dinghy Regatta is about displaying classic wooden sailing dinghies both on and off the water, many of which were once common but are now becoming rare. By focusing on the beauty of the wood crafting, rigging and history of these boats it is hoped people will appreciate them more fully and participate in their restoration and conservation. Over the Australia Day Weekend the Regatta also highlights aspects of Inverloch’s unique seaside history.

Once again, with the running of the 2016 Inverloch Classic Wooden Dinghy Regatta, we have seen what cooperation between the sailing community, whether in Inverloch and/or the wider Victorian areas, the Inverloch business community, service clubs, the Inverloch Historical Society and the public can produce. Their efforts culminated in a wonderful four days of fun, festivities and sailing as well as admiration of the classic wooden dinghies over the 2016 Australia Day weekend.

For sailors, business people and the public, the weather was magnificent catering for every taste.

The Regatta Race on Monday was enhanced by the addition of an important historical boat, a 150-year-old boat built in Tasmania of Huon Pine which was originally used as a taxi which convicts rowed between Bellerive and Hobart. Stuart Longley found the boat in poor condition and had a vision for its future and with the assistance of Leo Lubranski, David Brewster and Keith Cousens the boat was refurbished and ready to be launched and used as the Regatta Start Boat.

The Regatta and heritage posters produced by Marion Chapman were once again a great success as was the visit by the Indian Motorcycle Club with their 80-90 year old Indian motorcycles.  They joined with us to celebrate an era when Burt Munro raced in Inverloch which captured the imagination of the town.

This event took over Inverloch with the new Regatta promotional flags displayed along the main street, road signs alerting travellers, posters displayed in shop windows and supporter decals on shop fronts. The public could not miss that the Regatta was a town event.

The regatta race on Monday was held specifically in such a way that spectators on the shore could maximise their viewing and consequently around 100 spectators witnessed a most entertaining race in glorious weather conditions.

Overall the regatta was a resounding success from every perspective whether from a sailing, social and financially sound point of view.

The ICWDR Subcommittee and SGYC members should be proud of their efforts and we can look forward to another regatta on the Australia Day weekend in 2017.