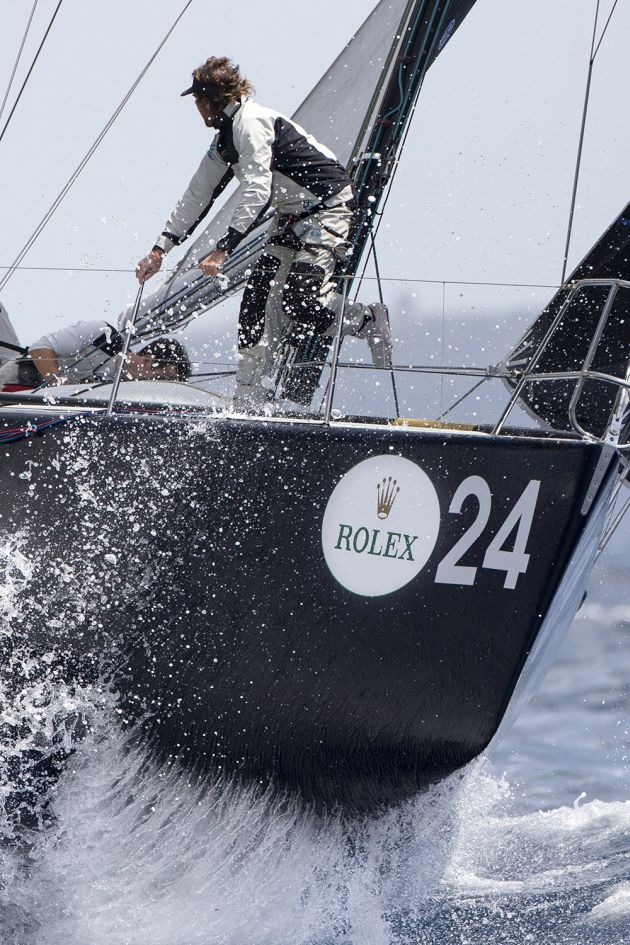 The top six boats on the scoreboard are within five points after three close races and mixed fortunes in a fresh southerly off the Sydney coastline in the opening day of the Rolex Farr 40 world championship, hosted by Royal Sydney Yacht Squadron.

The courses over four windward-return legs of 1.4 to 1.8n miles were laid southeast of Hornby Light off the Sydney coastline. The southerly freshened from 16 knots in race one with slight seas to 18-22 knots with big waves race three that had the 40s surfing spectacularly downwind at speeds of up to 18 knots.

Plenty, winner of last week's warm-up Sydney Open regatta again showed good speed in the fresh breeze, upwind and down, although owner/skipper Alex Roepers is kicking himself for twice losing control in round-ups downwind in the first race of the day.

“The other two races, we had not a great start, but distinguished upwind legs and coming around the first mark fifth or eighth or so but downwind we were flying, picking up places to finish second in each.”

Struntje Light's Wolfgang Schaeffer was pleased to be in second place overall. “After an eighth in race one, we had a good start in race two to lead around all marks but we lost three boats downwind in the last race.”

Edake's owner/skipper Jeff Carter was overjoyed with the race three win. As a Corinthian division entry, he is restricted to two professionals instead of four in his crew in the open division and tighter restrictions on adding new sails to his wardrobe.

“We've got some good heavy weather sails. We've got the boat going well and it's always been a good boat in a strong breeze,” he said.

“We got off the line about three boats up from the pin and so we were able to go for that first left hand shift on that side of the course. We got that first shift that put us across the fleet when we tacked over. We had a good first race, for fourth. The second race was not so good. We were buried in a bad start, picked up three boats on the downwind legs to finish ninth and in the last race we led from start to finish.”
~Bob Ross