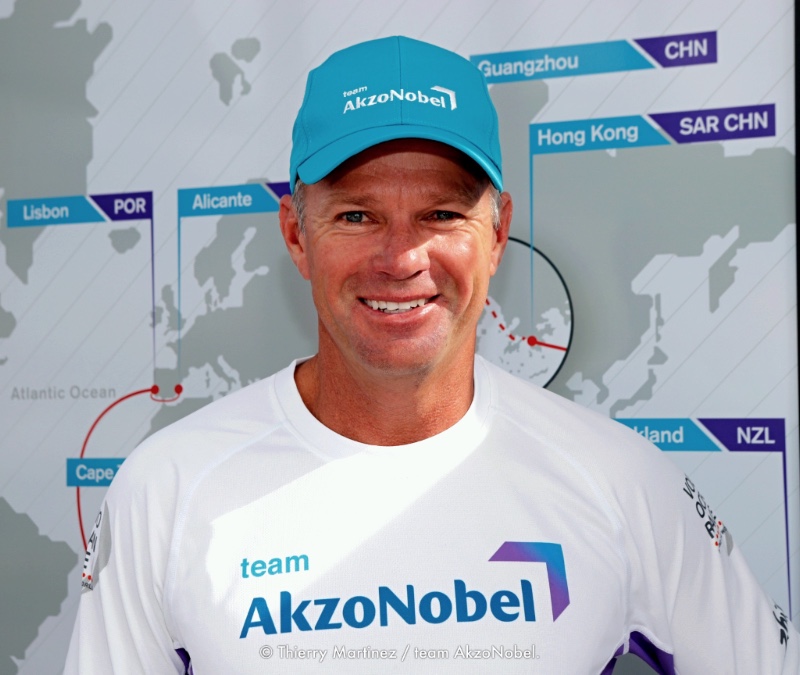 Doyle Sails announced a significant update today with the news that legendary Australian sailor, Chris Nicholson, will be buying into the Doyle Sails business and becoming part of this rapidly developing brand and team.

Chris Nicholson is a world-renowned Australian sailor who has a significant number of sailing accolades under his belt. Chris has competed in six Volvo Ocean Races, most recently with Akzo Nobel in the latest 2017/18 race.

He has also competed in six Sydney-Hobart races. Alongside his offshore sailing, Chris has competed for many years in National, International and Olympic Classes, having been an Australian Olympic team member for Sydney in 2000 and Athens in 2004. Chris has twice been awarded Australian Yachtsman of the Year and was a finalist in the Sperry World Sailor of the Year in 1999.

Chris is buying into Doyle Sails Lake MacQuarie in NSW Australia. He will be working in partnership with Peter McNeill who has been a sailmaker for 40 years, having set up his own business in 1992 and who has been part of Doyle Sails Group since 2007. Peter is an experienced sailmaker and also a world class sailor winning multiple events including the 2004 Etchells World Championships.

Chris joins an already extensive list of Doyle Sails world class sailors and designers with leading sail and boat design and development experience servicing the racing and performance Superyacht and Grand Prix racing circuits. Although Chris will be based out of the Australian loft network, he will be working with Doyle clients globally.

Chris Nicholson commented on today’s news, “I have seen the Doyle brand grow and develop over the last few years and witnessed the products in action on many boats that I have raced on. The Superyacht and Grand Prix racing scene is growing and its great to be part of a brand that is central to this scene and already working with some of the most exciting projects.

I’m looking forward to getting involved and using my experience and contacts to contribute to the ongoing growth and success of the Doyle brand and to the specific growth of the business in Australia. It’s exciting and challenging for me to be working with some of the best people in the industry. We are going to be all about customer service and satisfaction.”

Peter McNeill, Owner, Doyle Sails Lake MacQuarie added his thoughts: “Having set up my own business in 1992, I then joined the Doyle Group in 2007 and have never looked back. I am able to focus on my own market and business whilst also having the back-up of a global brand and leading experts in terms of design and sailing. Working with Chris will take us to the next level, both locally and internationally so this is a very exciting time for Doyle Sails Lake MacQuarie and in Australia generally.”

Mike Sanderson, CEO Doyle Sails International, wrapped up with his views on today’s announcement: “One of my stated ambitions last year when I took over the leadership of the Doyle brand was to bring in new and exciting talent to add to the existing world class Doyle Sails expertise. Fast sailors give the best input to make fast sails and there is no better example of that type of person than Chris Nicholson! So, I am very excited to have him join our team.

“Our opportunities are quickly growing in Australia and our plan is to soon announce a new facility to work with these new projects, located in NSW close enough to Sydney for all Doyle lofts to use, capable of servicing Super-yachts and 100 Foot maxis – more and more of which are being seen in Australia. Chris will not be limiting his work just to Australia though and we all look forward to seeing him representing the Doyle Brand globally as a loft owner and ambassador.”