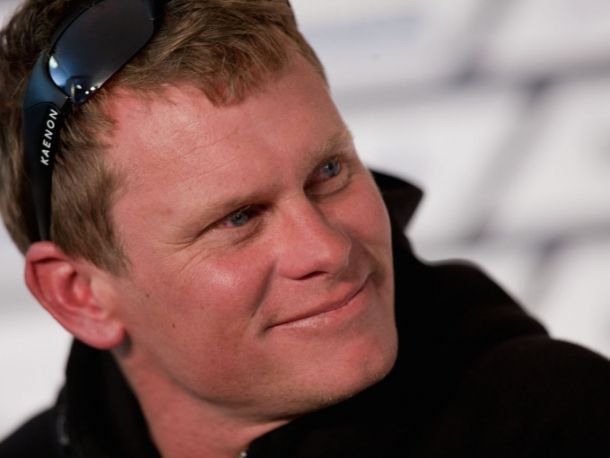 In addition to his sailing duties, Draper will take up the role of Sailing Director and will race with SoftBank Team Japan CEO and skipper Dean Barker as well as General Manager Kazuhiko Sofuku at the first Louis Vuitton America’s Cup World Series event in Portsmouth, UK next month.

“The opportunity to join a new team and build it from scratch is very exciting,” Draper said. “I think we’re going to have a fantastic team.

“Dean and I spent a lot of time racing against each other in New Zealand during the build up to the last America’s Cup and developed a mutual respect for each other. When Dean approached me with an offer to join this team it was clear this was a unique opportunity to build something new.”

Draper is a world champion in the Olympic 49er class and won a Bronze Medal at the 2004 Olympic Games.

He was recruited to join Team Korea during the America’s Cup World Series in 2011 and made an immediate impact, driving the rookie team to solid results against experienced Cup crews. Before long he had been pulled across to Luna Rossa Challenge, who he led to the challenger finals, before falling to Barker’s New Zealand team.

“We learned a lot about each other during our time together during the last campaign when we trained with Luna Rossa in Auckland,” Barker said. “Chris is a very skilled sailor brings a lot to our team. We’re fortunate to have him.”

Draper says Barker will be on the helm when racing starts at the Louis Vuitton America’s Cup World Series in Portsmouth. Draper will be in a tactics/wing trimmer role.

“Getting the team off the ground so quickly has been a whirlwind,” Draper said. “I think we’re all looking forward to getting on the water and lining up against the other teams for the first time and just thinking about sailing for a few days.

“The team has huge aspirations. With a competitive boat, we have as good a chance going in to the Cup in 2017 as anyone else and that’s all you can ask for.”

SoftBank Team Japan is led by skipper and CEO Dean Barker along with General Manager Kazuhiko Sofuku and Sailing Director Chris Draper. They are building a team to challenge for the 2017 America’s Cup in Bermuda.