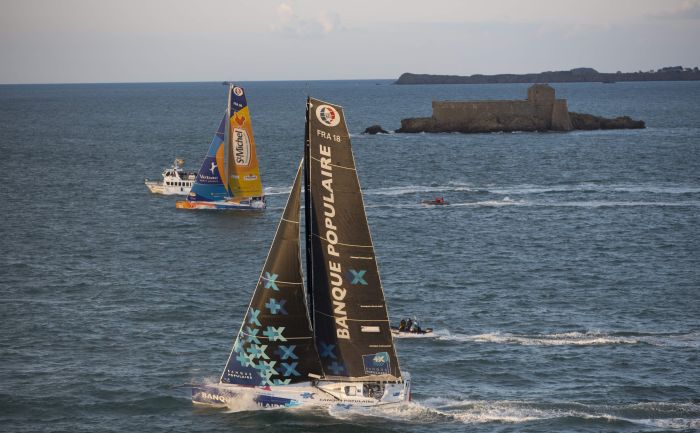 The city of Charleston and race owners OC Sport Pen Duick are pleased to announce that the 2020 edition of The Transat, the world’s oldest solo ocean sailing race, will finish in Charleston, South Carolina for the first time in the race’s history.

The rigorous 3,500-mile contest is ocean racing at its best. It will attract the world’s finest solo racers sailing across the North Atlantic and will start in mid-May 2020.

In another first, the 60th-anniversary edition of The Transat will commence from Brest in the Brittany region of France. The arrival of the fleet in Charleston will coincide with the city’s 350th anniversary, commemorating the establishment of the first South Carolina settlement, Charles Towne colony in 1670. One of America’s oldest cities, Charleston is a port city located midway between New York and Miami on an inlet of the Atlantic Ocean. The Transat will play a key role in Charleston’s commemorative events, highlighting its rich and diverse maritime heritage.

City of Charleston 350th Celebration Steering Committee Chair A. Peter Shahid, Jr. commented: “As we commemorate the 350th anniversary of the founding of our city, I can’t think of a better way to celebrate Charleston’s rich maritime history than to serve as the finish city of the historic The Transat race. We look forward to hosting this world-class event here next year.”

Hervé Favre, OC Sport CEO, said: “We are thrilled to be partnering with Charleston in 2020. The Transat is the original solo sailing race and together with Charleston, we have two very special anniversaries to celebrate – our 60th and the city’s 350th – so it will be an extra special edition of the race.”

The Transat began life when a handful of pioneering British sailors made a bet to see if they could sail across the Atlantic to America single-handed and who could do it the fastest. The race coined the phrase, ‘One Man, One Boat, One Ocean,’ and when Sir Francis Chichester won the first edition of the race in 1960, it took him 40 days to cross the Atlantic. Today, for the world’s top solo sailors in the world’s fastest boats, it can take as little as eight days.

The Transat is a challenge dominated by the progression of low-pressure systems sweeping across the North Atlantic which produce the headwinds that define this classic race. Created in the UK, developed in France and always with a stronghold in America, around 40 skippers are expected on the start line of next years’ race. The Notice of Race will be available in the coming weeks.

To find out more about Charleston and the City’s 350th Anniversary, visit the website at https://www.charleston-sc.gov/.