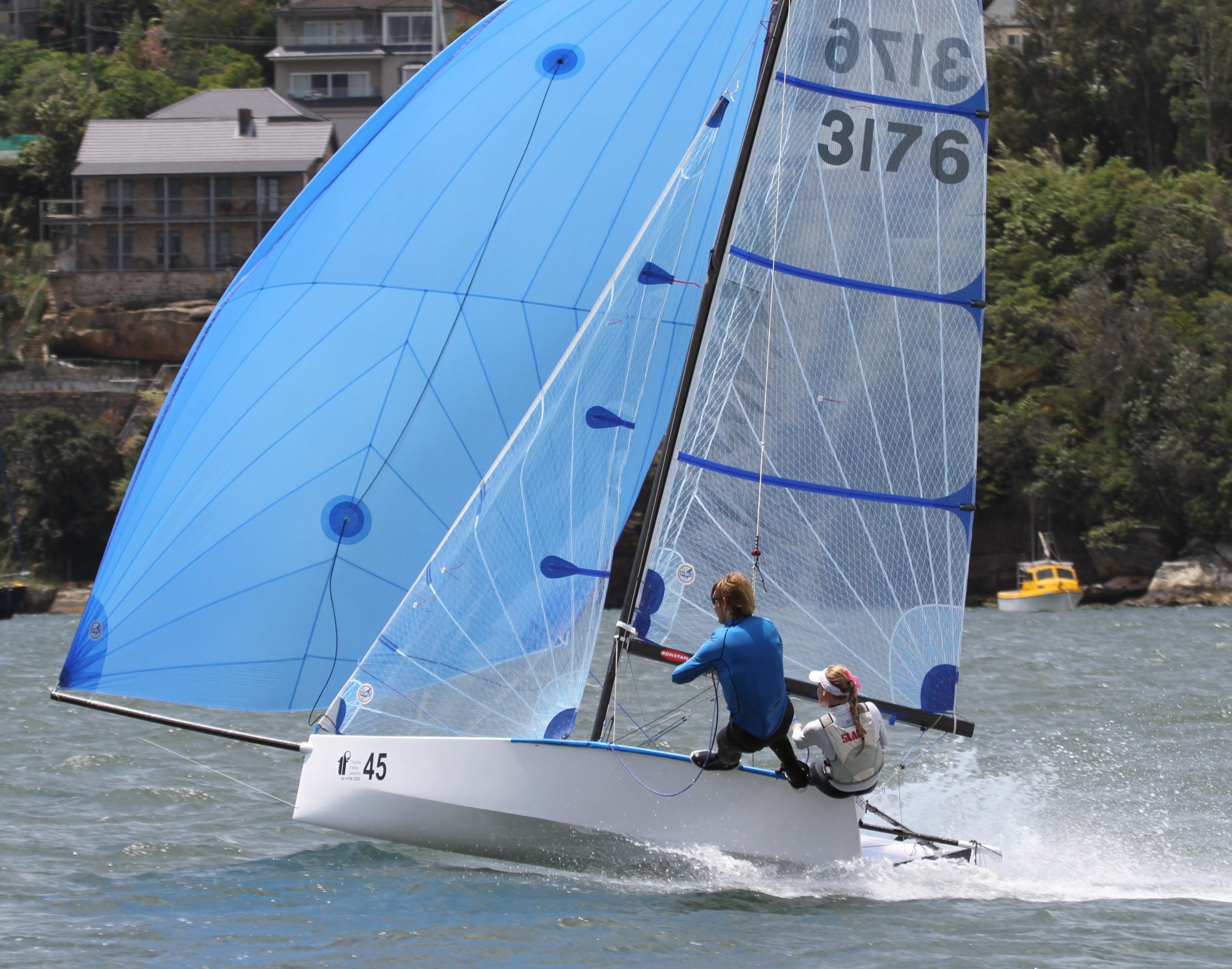 Chapman and Stephenson at the 2017 Cherub nationals. Photo supplied by Cherub class.

Alison Chapman and Andrew Stephenson from Drummoyne Sailing Club dominated the 54th Cherub Nationals sailed on their home waters of Sydney’s Upper Harbour. Racing in a variety of conditions that ranged from 25kt black nor-easters to light south westerlies Chapman and Stephenson demonstrated superior skills across the board, finishing the series with seven wins from the nine races.  Behind them there was a close three-way battle for the minor placings with second eventually going to Nicole Barnes and Oliver Jones from Lane Cove 12ft Sailing Skiff Club and third to Kirk Mitchell and Jeremy Jones from Drummoyne.

For both Chapman and Stephenson it is their second victory in the Cherub Nationals. Alison Chapman, was only the second ever woman to win the event back in 2009.  She has now matched the other female winner, Nicky Bethwaite, with two championship wins.

The series attracted a strong fleet of 40 boats with a very healthy representation in the Junior Division for skippers under 21 years of age and the Cadet Division for skipper under 18.  The Junior Championship was taken out by the overall series runners-up Nicole Barnes and Oliver Jones from Emily Ward and Dan Barnett with Emma Harrison and James Pagett third. The Cadet Championship was won by Adele and Dan Phillips from Nathan and Connor McNamara with Adele’s sister Tahlia and Ben Kirkby third.

The next Cherub Nationals will be sailed at Busselton in Western Australia.