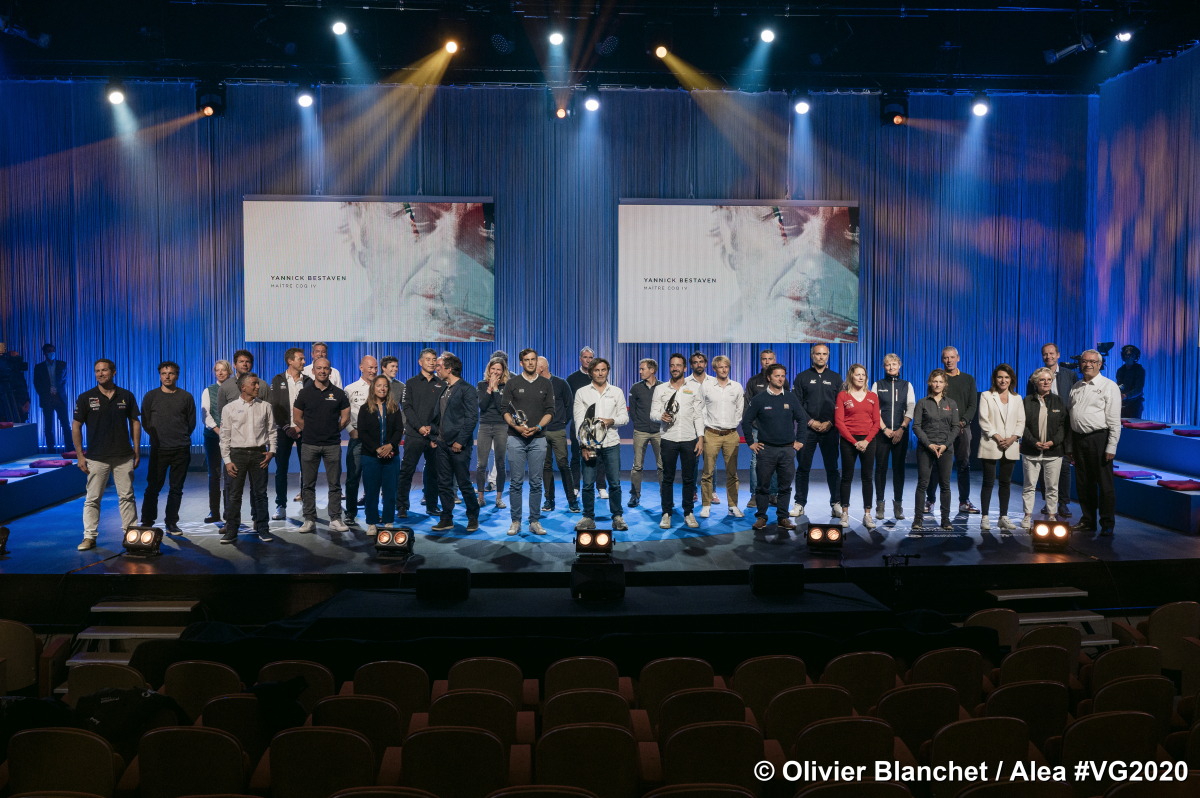 Thirty one of the 33 skippers who competed in the 9th Vendée Globe mustered in Les Sables d’Olonne today for the official prize giving and closing ceremony in which Yannick Bestaven (Maître-CoQ) received top award as the overall winner.

“Winning has changed a lot of things, finishing the Vendée Globe. is already a victory. The second win was to have a partner, who trusted me and my team. And, over the course of the race, the ambitions came. I never said to myself that I had secured the victory: there were so many twists! It wasn’t until the finish line was crossed that I knew I had won.

“I want to get back out on the water, but on the Vendée Globe? I don’t know yet, we’ll see,” Bestaven said.

There were two further key announcements, the 10th edition will leave from Les Sables d’Olonne on November 10, 2024 and the sailors should finally have a chance to meet with race fans later this year, at a popular festival to be organised on Saturday September 25, 2021!

This 9th edition was celebrated today Saturday 22 May in the Espace des Atlantes, in Les Sables-d’Olonne.

The health situation in France means crowds were strictly limited and it was a relatively muted affair compared to previous years. But the smiles were broad and the laughter audible as the skippers met up for the first time since the start last year and had a great chance to finally share memories in person.

Thirty-one of the 33 skippers entered in the 9th Vendée Globe were there. Only Boris Herrmann (Seaexplorer – Yacht Club de Monaco) and Alex Thomson (Hugo Boss) could not come. Pip Hare (Medallia, already on her way to the next edition) and Ari Huusela (Stark) both made it to Les Sables d’Olonne.

For Yannick Bestaven (Maître-CoQ) the winner, the day started in an atmosphere more reminiscent of Hollywood as the 2020-2021 champion added his handprints to the Remblai winners.

The program featured an hour-long TV show, broadcast on vendeeglobe.org and social media.

Skippers recounted their memories, the highlights including Jérémie Beyou talking of his changed perspective on racing round the world, Clément Giraud talking of his voyage of self-discovery, but also the rescue of Kevin Escoffier relived and of course that epic, close battle to the finish line.

Finally, Yves Auvinet (President of the Vendée Globe) said: “We are staying the course: there will indeed be a Vendée Globe in 2024! And if all goes well, the start will be given on Sunday, November 10, 2024 at 1:02pm.

“We are extremely frustrated to have organized this Vendée Globe with a lot of it on camera only and not in person, but we are meeting on Saturday September 25 to celebrate, if conditions allow, with all the public, our heroes of the Vendée Globe 2020-2021.”