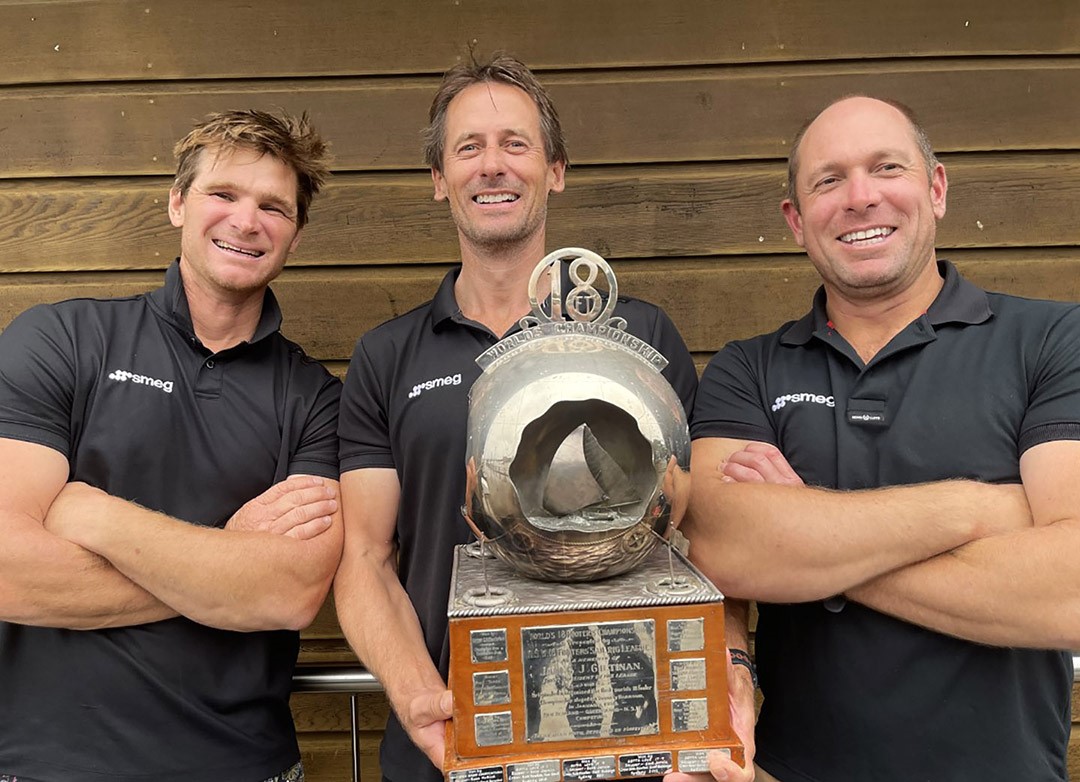 Current JJ Giltinan world champion, Michael Coxon has been sailing 18s for around 20 seasons and during that time has won four JJ world titles and five Australian Championships as well as numerous other major titles.

However, even the world’s best can have good and bad days when you are racing an 18ft skiff around Sydney Harbour.

Coxon, a member of one of Australia’s most respected sailing families of international champions, whose sister in-law is an Olympic bronze medallist, says that “it’s critical to stay focused to the best of your ability at all times.”

“Naturally, you are always striving for more speed, but when you are travelling at speed, particularly under spinnaker, things happen very quickly, especially with the increased traffic on Sydney Harbour.”

“The 18s accelerate quickly, but they can also stop just as fast if they hit the wake off some passing power boat.”

The excitement and exhilaration for the competitors outweighs the few ‘disappointments’, and spectators benefit from watching the skills of talented teams on a spectacular Sydney Harbour race track each weekend.