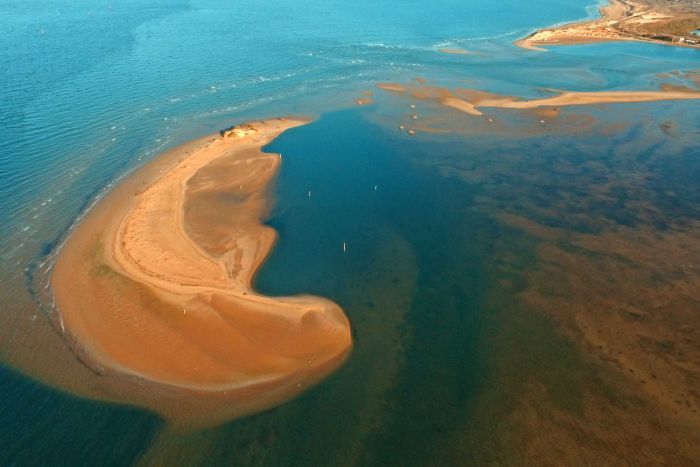 The wall of silt at the entrance to Carnarvon's bay that has stopped boat traffic. (ABC: Chris Lewis)

Since April last year, the Carnarvon Yacht Club has been cut off from the ocean. About 30 boats moored in the club are stuck behind a wall of silt that has gathered where the ocean meets Carnarvon's bay.

The town has already missed one season of yachting tourists, and locals are worried they will miss the upcoming season, which runs from April to October.

Carnarvon tackle shop owner Janice Baird said about 80 per cent of her trade was from tourists. “We used to get yachts that come during the winter months. It's a bit of a safe haven here if they've travelled from Perth.”

She said missing another year of tourists would be a huge concern. “We didn't get them last year, and they spend money whether it's fixing little bits and pieces on their boat, money in town. They still spend money when they're here,” she said. “It's not just tackle shops that are losing out, it's everybody.”

Read the full story at ABC Online, including how the yacht club has bought a dredge but doesn't have permission to use it.