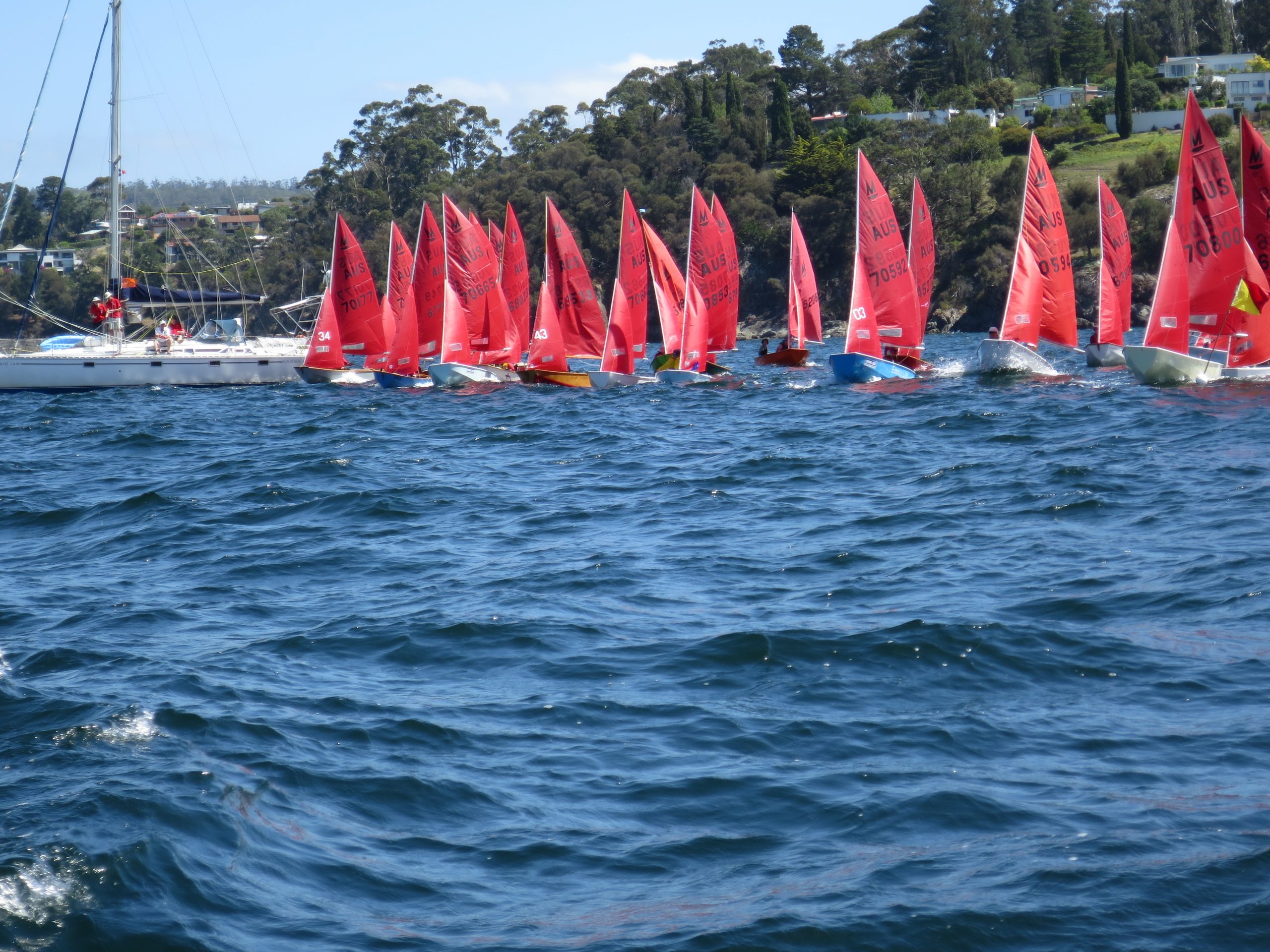 The 52nd International Mirror Class Australian Championship was held at Kingston Beach Sailing Club in Tasmania from 27-31 December 2017 when two dozen boats from all states except Queensland competed for the title.

Ten races were sailed over five days and racing was extremely close throughout. The battle for outright honours went down to the final race which was won by reigning National Mirror Class champions, Damian Carey and Lauren Armstrong from Henley Sailing Club (SA) sailing ‘Bob’, who took the title.

The pair won on countback from ‘Waterborne at Last’, sailed by Douglas Raftesath and Spencer McKay from Balmoral Sailing Club (NSW) – the two crews finished on 13 points after 10 races.

The best performing Gunter rigged Mirror was ‘Cicada V’, sailed by Preston and Phil Cowles from Kingston Beach SC, which placed ninth overall and was one of three timber boats in the top 10.

Many thanks to PRO David Graney and his team of volunteers who ran the Mirror Nationals in a very efficient manner in some challenging weather conditions on the last two days.

Judging by the Mirror sailing talent on display throughout the fleet during the Nationals, we can look forward to a strong performance from the Australian team at the 18th Mirror Dinghy World Championship to be held at Woollahra Sailing Club in Sydney from 31 December 2018 to 6 January 2019.