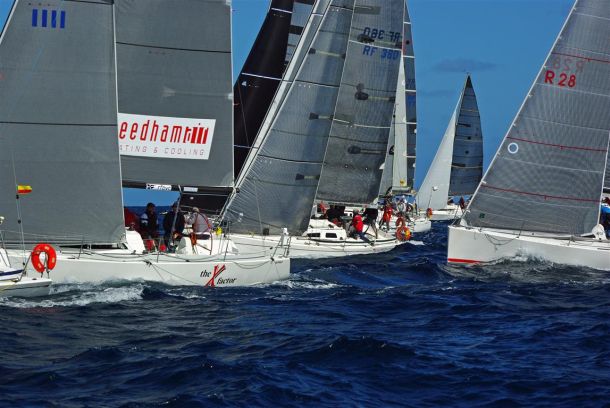 There’s been a lot to like about this year’s Valmadre Series and Pantaenius Western Australian State IRC Championships, sailed in a variety of conditions on the waters off Fremantle which concluded on Saturday with two keenly-contested windward/leeward races for Divisions One, Two and Three and a passage race for the double-handed group.

During the series many of Western Australia’s young, emerging and talented sailing athletes were spotted on the water sailing with legends of the game such as four times world champion match racer Peter Gilmour and Volvo around the world race winning team member Luke Parkinson.

Results for the Division One podium positions on IRC were a three way tie going into the final race of the day. It doesn’t get any closer than tht and the competitive starts of the Division Two fleet were worth the ticket. Drone footage of the racing was a first for local ocean racing however sadly the drone was lost at sea today after an attempted landing on Laurie Flyyne's Dynamic.

There were a large number of sail makers scattered amongst the fleets and a variety of yachts from a number of yacht clubs joining together for the racing.

For Saturday’s Voladora Race there was a ten to fifteen knot south easterly breeze, mostly clear skies and a cross chop. Principal race officer Trevor Milton set the windward mark for both races at 135 degrees not far from the sea wall of the new Rhous Head development.

After a start in race one that they may wish to forget, Tony and Astrid Mitchell's Calm managed to get in phase on the work to windward and with Indian (Craig Carter) out of phase it was a good gain. However with the breeze at the top of the range for the day the Next Factor (Dave Walling) had a handicap gain on the downwind giving them the race.

The second race was sailed in lighter breeze and won by Dirty Deeds the GP42 of Alan Stein. A second place in this race was sufficient for Calm to secure the Division One State IRC championships. The Next Factor was third giving them runner-up status overall. Indian has been using this series as part of their preparation for their Eastern States campaign including this year’s Sydney to Hobart race.

With four firsts and two seconds Giddy Up (Rob Halvorsen) did not need to sail the last race to be an IRC winner of the series in Division Two but plenty of others did if they wanted to be amongst the minor places so the competitive nature of all of that led to yet another general recall for this group, and a collision involving The X Factor immediately after the restart. The owner of By and Large, Denys Pearse, President of Yachting WA who is away, missed Brent Fowler and his young crew sail two good races in his yacht to secure second place with Joss of Ian Clyne in third.

The original trophy for this event was struck in 1908 and following racing Les Valmadre the grandson of the original trophy donor presented the trophies at an ‘al fresco’ affair on the deck oftThe Fremantle Sailing Club.