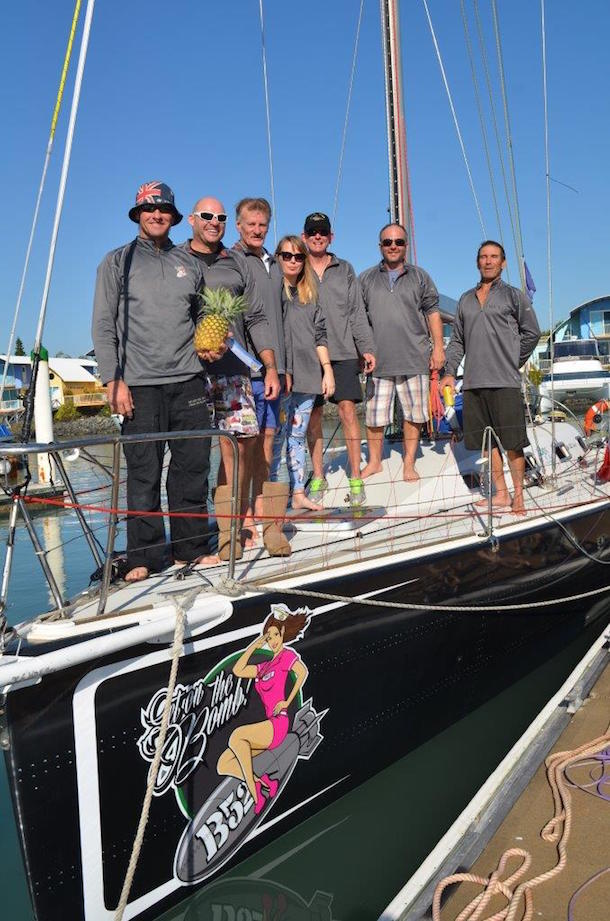 On day four the remaining eight boats racing in the Club Marine Brisbane to Keppel Tropical Yacht Race are on approach to the finish and making quick time in an 8kt southerly, a welcome change from the previous 60 or so hour tiptoe north.

Included in the next pack is young Zack Austin, the youngest competitor, who is due to complete his first ocean race as around lunchtime today. It’s been a kind introduction to ocean racing for the teenager who turned 15 on Thursday July 30, the day his race began from Moreton Bay on Peter Kruger’s 40-footer Broadsword. Light winds, comfortable seas and plenty of sea life for company along the way is how Austin, a year 10 Rockhampton Grammar student, will remember his blessed first foray.

Phil Turner’s Alive, sailing for the Derwent Sailing Squadron in Hobart, achieved an extraordinary trophy whitewash as the confirmed winner of IRC overall and IRC division 1, ORCi and PHS Overall and division 1.

“The forecast and conditions that prevailed suited Alive, being light running and reaching race,” said principal race officer Denis Thompson. “Its narrow waterline and less wetted area meant she was always going to be in contention. The design concept is similar to Wild Oat XI which is long and narrow and a good all-rounder as opposed to the beamier [wider] Black Jack.”

Final preparations are being made by the Royal Queensland Yacht Squadron for a 10.30am presentation of the line honours and division 1 trophies on the Keppel Bay Marina lawn. A second ceremony will happen later this afternoon, Sunday August 2, 2015 because there are division 2 yachts still racing that could feature in the corrected time results.

“We applaud the tenacity of the smaller boats in the fleet for hanging on when the weather went light so early, and for continuing on when the rest of the fleet were partying,” Thompson added.

Overnight every crew was ‘pineappled’ after finishing, which means they were met by race officials with the customary presentation of a pineapple and case of XXXX beer. Due to the low tide the gifts had to be delivered out beyond the breakwater via RIB. The pineapple is regarded a building block of the Southern Great Barrier Reef and in particular Yeppoon and the Capricorn region.

Now the tide is full there’s a procession into Keppel Bay Marina and sailors and visitors are enjoying day two of the Finish Festival.

Southern Cross Yachting and Gauntlet are the latest retirements.

The last yacht due to finish, Philip Bell’s She is due around 4pm this afternoon.