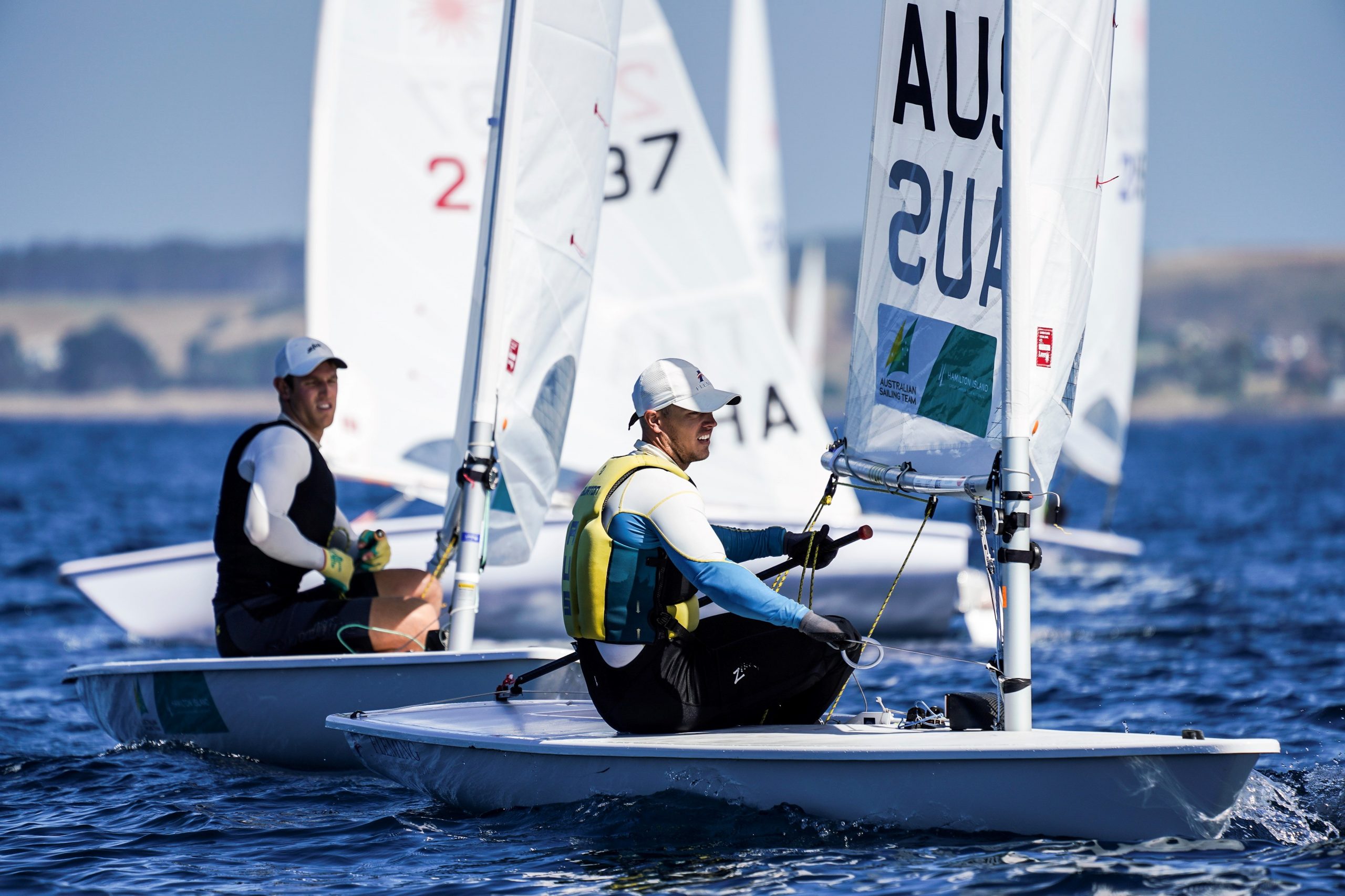 Young Hobart sailors William Wallis and Fynn Sprott have made a brilliant start to the Australian championship for the 29er skiffs on the River Derwent, with a 1-1-2 scorecard on day one.

The 29ers, 49ers and the 49FX women’s skiff are part of the ‘9er’ nationals regatta being conducted by the Royal Yacht Club of Tasmania.

The club yesterday also started the championships for 420s and today will begin the nationals for the Nacra 15 catamarans.
For these classes and the 48 skiffs in the 29er class, the nationals are a lead-up to the prestigious Australian Sailing Youth Championships, also on the Derwent, from 10-14 January,

Four races were sailed for the 49ers and 49erFXs, Victorians Sam and Will Phillips scoring four straight wins. Second and third overall after four races are two other Victorian crews, Oliver Manton and Jack Lloyd and James Grogan and Charlie Dixon.

Only four 49erFX skiffs are competing in an open championship with John Cooley and Simon Murnaghan winning three of the four races. Laura Harding and Laura Thompson were the other winning crew.

The 420 class also began its nationals with young Victorians Lachlan Caldwell and James Hackett heading the leader board after three races in which they placed 2-3-6. No Tasmanian crews are among the 30 entries.

Racing is close with the different winners today: Marcello Torre and Tom Larkings from WA, Finley Scade and Joshua Whitten from NSW and Seb Menzies and Blake McGlashan from New Zealand.

A huge fleet of 150 single-handed Laser dinghy sailors waited patiently out on a near windless Bass Strait off Devonport yesterday for the start of racing in the Australian and Oceania championships for the Standard Rig (Olympic) class, Radial and 4.7. But the breeze never eventuated.