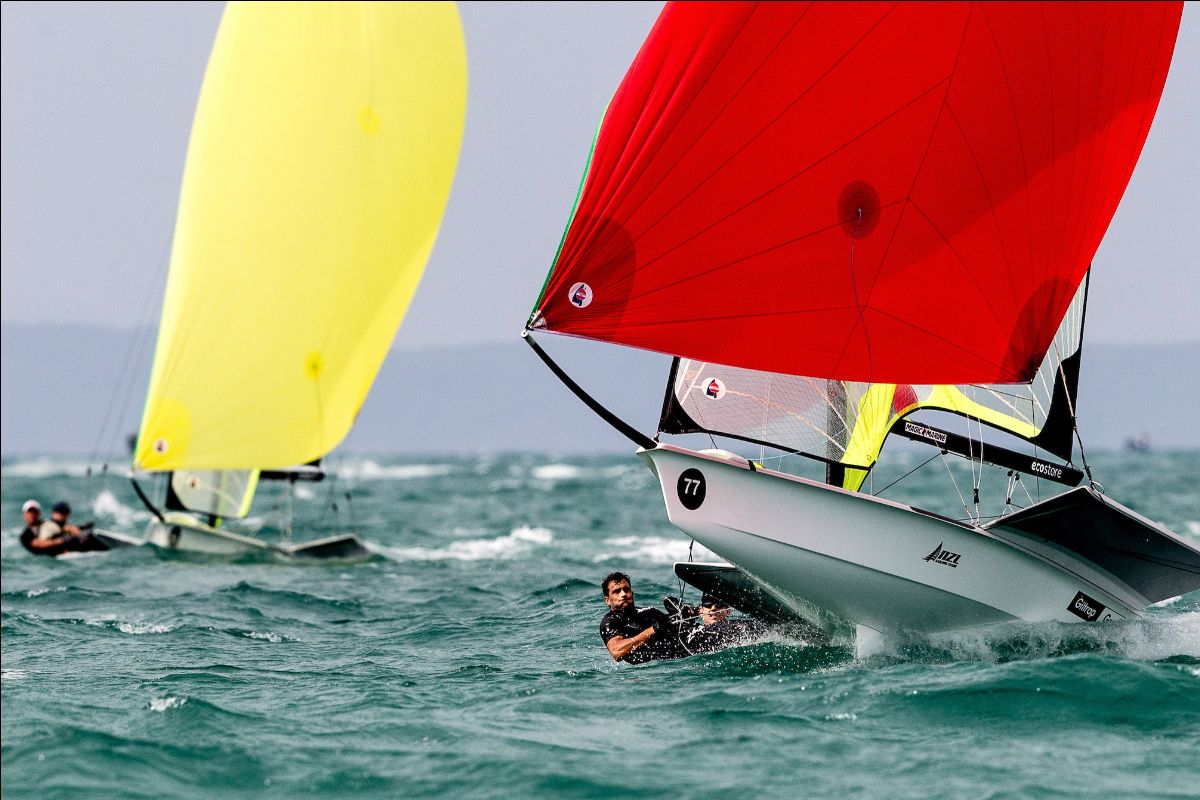 The 49er Worlds will be a hot ticket item

If they hadn't already won a few, Peter Burling and Blair Tuke might have felt a bit short changed with their latest stint as 49er world champions.

The pair won their fifth 49er world title in Auckland in December and is now intent on winning a sixth in Melbourne this week.

The small matter of the Olympic Games interferes with normal transmission so this year's 49er, 49erFX and Nacra 17 world championships are being held early in the year, even though it has been only two months since the last.

“I don’t think it really matters,” Burling said. “It was pretty similar to how it happened last [Olympic] cycle. We had a world champs in Buenos Aires and then one in Clearwater a couple of months later. It’s the way it works out sometimes. It just gives you a bit more motivation to go out there and try to win another one.”

It won't be easy.

The Olympics are rapidly coming into view and many nations will be using the world championships as a selection event for the Tokyo Games, putting pressure on crews to perform, and Melbourne will also bring a different set of complexities.

The pair got a taste of it last week during the four-day Oceania championships, the warmup event for the world championships, when strong winds buffeted the race course.

“It was pretty full-on out there,” Tuke said. “It’s been a while since we’ve sailed an event with four solid days like that. There was some good action, that’s for sure.

“It was pretty good for us to have that warmup event a week out from the worlds. It gave us a pretty good test. It was windy the whole time so it was really good to get that many races in strong breezes. It gets you back into shape pretty quickly. We are happy with how we are going and where we are at a few days out.”

Burling and Tuke have just emerged from an intense period of training with Emirates Team New Zealand and it's nothing short of impressive that they've been able to juggle all of their commitments, which recently included the launch of an environmental charity, and still be at the top of their game.

“It’s definitely been a pretty busy time for Blair and myself,” Burling said. “We really enjoyed a couple of weeks off over the Christmas break, which was the first decent time off we had had for a year or so.

“It’s been great also to do some more [America's] Cup sailing in the big boat and then launch the little boat. Now we can get into full 49er mode and try to build up to these Worlds. It’s been a really fun period.”

Burling and Tuke will be among a strong contingent of New Zealand sailors in Melbourne, and the Laser world championships also start across town on Tuesday.

Nine 49er combinations will line up in Geelong, where the skiffs and catamarans will be competing; along with two in the 49erFX and four in the Nacra 17 to make New Zealand the most represented country behind hosts Australia.

Alex Maloney and Molly Meech are among the contenders in the 49erFX and are keen to add to the world title they won in 2013 and bronze they collected in 2017.

They were disappointed to finish sixth at the last world championships in Auckland but come in on the back of some good form when they were also second at the Oceania championships, stringing together eight top-five results in their 10 races.

“The Oceania champs was a nice warmup event, a good chance to get back into racing routines and to test out the venue for the world champs,” Maloney said. “So far we've experienced quite shifty conditions, so heads-out-of-the-boat racing. Sailing smart and staying consistent throughout the week will be key.

“It's pretty cool to have another World’s so soon after the last one. It's an exciting opportunity to race for a world title.”