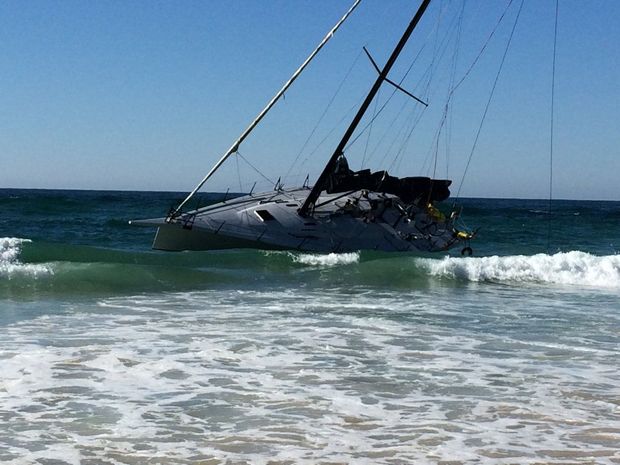 The racing yacht Bumblebee V has run aground off Byron Bay on the north coast of NSW. She was being delivered to Hamilton Island Race Week by a professional crew when she hit a reef.

The crew abandoned the stricken vessel and took to the liferaft when it was obvious that they could not get her off the rocks.

Emergency services, including the Westpac Lifesaver Rescue Helicopter, rushed to Kings Beach after a mayday call was received about 2am overnight. It was confirmed the vessel hit rocks at Kings Beach, Broken Head.

The Ballina Jet Rescue boat unsuccessfully tried to drag Bumblebee from the beach.

Jim Cooney, who bought the boat three years ago, is co-ordinating the salvage effort with local emergency services.

Among her many racing vistories, Bumblebee V won the 2001 Sydney Hobart under the ownership of John Kahlbetser.