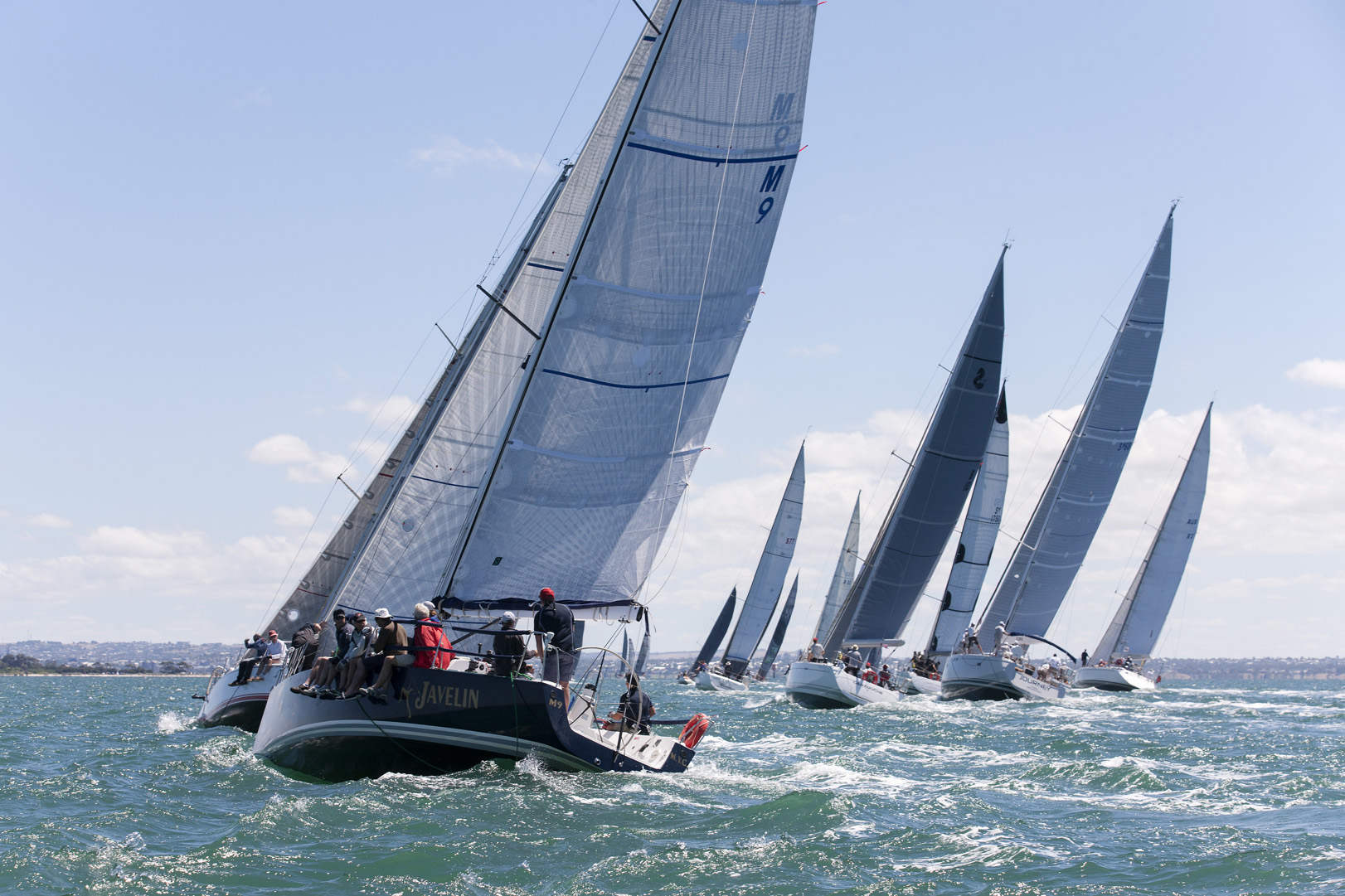 The Notice of Race for the 175th Festival of Sails is now online and organiser Royal Geelong Yacht Club is ready to welcome entries for the significant anniversary edition of Victoria’s oldest sporting trophy.

Download the Notice of Race here and enter online here.

RGYC’s ongoing discussion with individual classes and associations leading into the anniversary event has yielded promising results with even more divisions on offer January 26-28, 2018.

The Festival of Sails appeals to huge numbers in the sailing community for the time of year and destination, and because similar and one design boat crews who prefer their own start line and pointscore can also enjoy the bells and whistles of the overarching major Victorian sailing event.

S80s, sports boats and Sydney 38s have featured at the Festival of Sails for many years and for the 2018 edition RGYC, keen to capture even more segments of the sailing community, has reached out to the International Etchells, Super 30s and Super 11s and Melbourne to Osaka Race competitors, plus re-energised the trailable yacht community.

“All classes can enjoy tight class or handicap racing and top notch race management on Corio Bay during the day, then ashore catch up with sailing mates on a lively waterfront with great bands at the yacht club, food and industry stalls and a multitude of eating options nearby,” said festival spokesperson and chairman Peter Alexander.

One of two trailable yacht divisions will cater for boats eligible to contest the festival’s grand opening act, the 34nm Melbourne to Geelong Passage Race on Australia Day, January 26. A second division will cater for smaller inshore trailables.

President of the Yachting Victoria Trailable Yacht Division Ron Parker says, “The inclusion of two trailable yacht divisions provides a great opportunity for sailors at all levels of experience to join the exciting sailing as part of the Festival of Sails on Corio Bay at Geelong.

“It’s been a few years since the last trailable fleet of any significance participated and given the significance of the 175th event we hope to see some great trailable yacht racing and post-race camaraderie.”

RGYC sailing manager Mike Williams is pleased to announce the club is reinstating the Super30 division, for high-performance boats in the 30ft range carrying symmetrical kites. Super 30s will be raced on the same start line as the Super11s and Performance Racing divisions, for a combined EHC handicap result.

A one-off double-handed entry in the Passage Race is open to Melbourne to Osaka competitors preparing to tackle the epic 5,500nm ocean crossing which starts from Melbourne in March 2018.

RGYC is also talking to the Victorian arm of the International Etchells, the J-Boat rep and the national body Australian Sailing and host club of the 2018 Australian Yachting Championship, Sandringham Yacht Club, about cooperating to build the fleets at both regattas.  The championship series will run the weekend preceding the festival and is expected to enhance the hard-core race fleet heading to Geelong.

Sydney 38 class representatives continue to work with the RGYC’s planning committee to maximise their national title and new State of Origin team’s trophy.

The Festival of Sails 2018 will run over the event’s traditional Australia Day long weekend timeslot and coincide with the Cadel Evans Great Ocean Road Race, offering an unprecedented amount of activity, entertainment and celebration of sport on the Geelong waterfront January 26-28.

RGYC, Victoria’s 2017 Yacht Club of the Year, has reduced entry fees across all divisions and owners who nominate an entry before November 30, 2017 will receive an anniversary plaque engraved with their boat name and mounted on timber as a special memento of the historic regatta.

Videos from the 2017 Festival of Sails  http://festivalofsails.com.au/profiles/videos