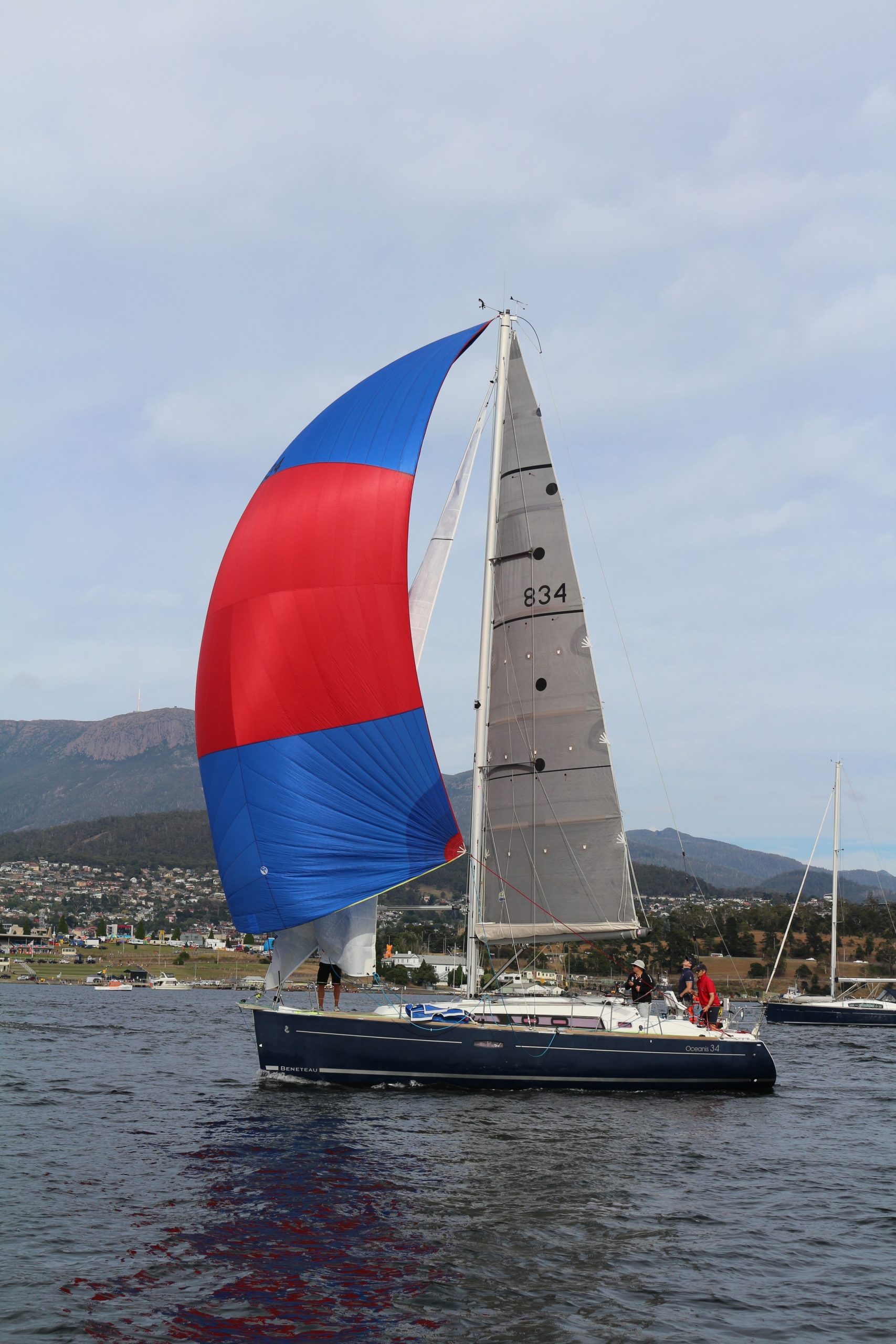 In the pitch darkness of the early hours of Sunday morning, Paul Einoder’s small yacht Off-Piste swept across the River Derwent finish line of the 89-nautical mile Bruny Island Yacht Race, 14th and last in fleet.

Some hours later, the Royal Yacht Club of Tasmania declared the Beneteau Oceanis 34 the winner of both the AMS and PHS categories of this historic circumnavigation of Bruny Island, south of Hobart race, first sailed 120 years ago,

With the conditions favouring the lower rating boats, Oskana placed last on corrected time in all three handicap categories, her elapsed time being 12 hours 11 minutes and 04 seconds.

Off-Piste finished at 01:32:58 hours to win the PHS category from Stewart Geeves’ Young 88 Footloose which finished 13th in fleet, less than two and a half minutes ahead of the lower rating Off-Piste.

In the AMS category, Off-Piste and Footloose, again placed first and second with third place going to Philosopher which placed fifth in fleet.

Philosopher won the IRC category by just seven seconds on corrected time from David Aplin’s MBD36, the two 36-footers duelling all the way around the island. Off-Piste placed third in IRC.

In a race-long close duel for line honours, Oskana finished only six seconds ahead of The Fork in the Road (Gary Smith) with Crusader, Scott Sharp’s Melges 32, third, followed by the Farr 40 Peregrine (David Stephenson) and Don Calvert’s Castro 40 Intrigue.

In a fresh northerly breeze, the fleet enjoyed a fast spinnaker run from the Saturday morning start, down the Derwent and the rugged seaward side of Bruny Island before passing Tasman Head and the Friars and then South Bruny lighthouse to enter the D’Entrecasteaux Channel.

The wind direction changed off Partridge Island, with a light and flukey south-westerly breeze giving the fleet a tricky sail up the Channel.

At the top end of the Channel, dark and sharp rain and thunder squalls hit the fleet several times sending the wind ‘up in the air’. In contrast, and about the time Oskana finished, a hard squall with gusts of 40 knots came roaring up the Channel and the Derwent.

Two boats had retired earlier, Groove with a broken mast and Haphazard with a torn mainsail.