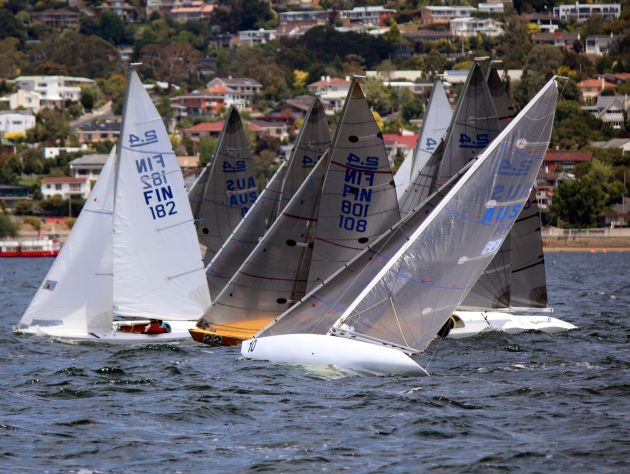 British disabled sailor Megan Pascoe heads the leader board after the first three races of the World Open Championship for the International 2.4mR class sailed on Hobart's River Derwent yesterday. With placings of 2-1-2, the world-renowned young woman sailor has a 10 point lead over her nearest competitor, Tasmanian Matt Bugg, who earlier this week won his sixth Australian championship in the single-handed keelboat class.

Bugg is now in a catch-up situation after a 6-4-5 result yesterday in his bid to win his first world championship in the 2.4mR class, a scaled down version of the old 12-metre class in which John Bertrand won the America’s Cup.

Megan just missed out on being chosen to represent Great Britain at the Rio Paralympics while Bugg is expected to be named in the Australian team shortly.

The British sailor has been carefully assessing the winds and waters of the Derwent over the past week and today she showed great sailing skill and tactics in the light to moderate south-easterly sea breeze.

Pascoe finished second in race one to Tasmanian Lisa Blackwood, who got a perfect boat start, tacked right and led all the way to win from Pascoe and Antii Kokkala (SWE),

After three races, with up to another six more to be sailed through to Sunday, Pascoe (GBR) has 5 points, Bugg (AUS) 15, Leydon (AUS) 20, followed by Pauli Immonen (FIN) 24, Peter Thompson (AUS) 24 and Niko Saloma (FIN) 25. Australia’s only woman entrant, 56-year-old Lisa Blackwood, is eighth overall following a score of 1-20-6.

Racing will continue today with a reserve day on Friday, followed by final racing on Saturday and Sunday.