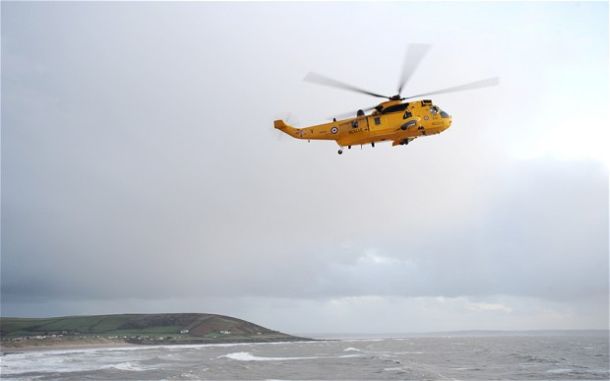 An RAF search and rescue helicopter has joined the hunt for the missing yachtswoman (library photo). Photo: Jay Williams for the Telegraph

A competitor in the recent Pittwater to Coffs Race is missing after being washed overboard when a large wave hit the yacht near Broughton Island.

The man is said to be in his 60s, but no details about the name of the yacht have yet been ascertained.

The organiser of the race, the Royal Prince Alfred Yacht club confirmed that the boat competed in the race and was on its return journey. Two rescue helicopters were conducting a widespread search above the heavy seas on Wddnesday, assisted by NSW Water Police. However conditions worsened and the search was suspended, to resume at first light on Thursday morning.

UPDATE: Yacht M3 Mulberry Racing would like to inform everyone that the MOB is not from their boat. While they have struck trouble, all the yacht's crew are safe.

Hunter Westpac rescue helicopter crewman Graham Nickisson said the conditions were bad and worsening. “The conditions are some of the worst for this sort of search and rescue operation,’’ Mr Nickisson said. “The visibility is extremely poor and the seas are huge.’’

‘‘Details are very sketchy … a call came in at about 11.45 am reporting a man had been swept overboard from a 36ft yacht in rough seas north east of Broughton Island,’’ Mr O’Donnell said. ‘‘Both the water police vessel and rescue helicopter have responded to the distress call. There are no reports of damage to the vessel.’’