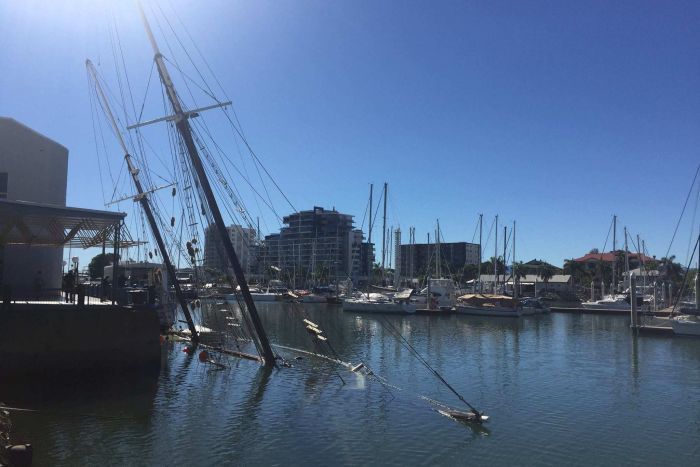 People arriving to work in Townsville this morning were surprised to find the 35-metre tall ship Defender submerged at a wharf on Ross Creek in the city's CBD. The hull of the vessel was completely submerged, while its rigging remained above the water. Maritime Safety Queensland has cordoned off the site.

Ship owner Les Dick, who is based in Tasmania, said it had been “gut wrenching” to hear the news this morning. “We do suspect it's been an act of vandalism or such leading to the sinking of the vessel,” Mr Dick said. “We won't know until we refloat the boat … but at the moment that's what the people up there are saying.”