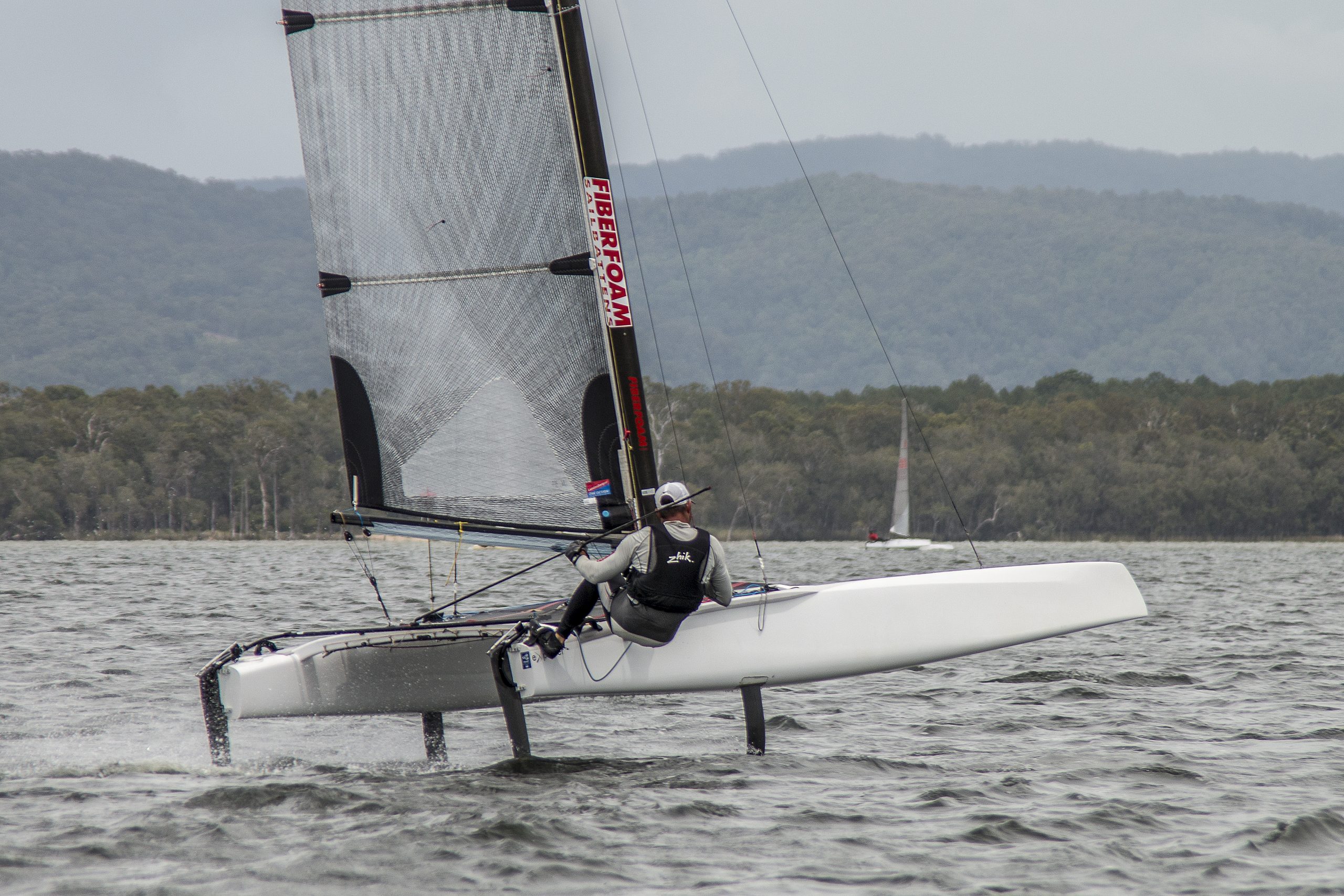 Queenslander Brad Collett won the 2015 International A Class Catamaran Australian Championship, finishing with 26 points. He also won four individual races. Whilst at his strongest in the fresher breezes on his foiling Exploder boat, but he was also was very skillful in the lighter weather.

Second place went to Graeme Parker, who sailed an outstanding series on a non foiling DNA boat fitted with standard C shaped centreboards. He won a race, and with the exception of two races, he always finished within the top 4 boats. A very consistent performer finishing with 36 points.

Steve Brewin was 7th, with his chances blown away following an OCS in a race in which he was first over the finish line, and a capsize/ retirement in another race. He scorecard otherwise included three firsts, three seconds, and two thirds.

Race 10 was sailed in a light and shifty South east wind. Brad Wicht from Kurnell had his moment of sunshine rounding the first mark in first position, but the familiar names prevailed with Graeme Parker going on to win the race from Andrew Williams and Mark Johnson.

The North East sea-breeze appeared during the first windward beat of Race 11, and strengthened to moderate intensity where it remained for the rest of the racing. Brad Collett found his foiling feet and won the race from Graeme Parker and Steve Brewin.
Stephen Brayshaw won the final race from Steve Brewin and Andrew Williams.
The racing was well run by the Lake Cootharaba Sailing Club and the Principal Race Officer.

What conclusions may we draw about foiling boats? Well , the Championship was won by a foiling boat. Brad has always done well in the class. He also put a good deal of effort and practice in refining his foiling boat and the necessary skills.

However Graeme Parker has demonstrated that a well sailed conventional boat can also still do very well in regatta which covers and range of light , moderate, and fresh conditions.

Whatever your boat, just sail it well, but above all, turn up to the regatta's and have fun.”