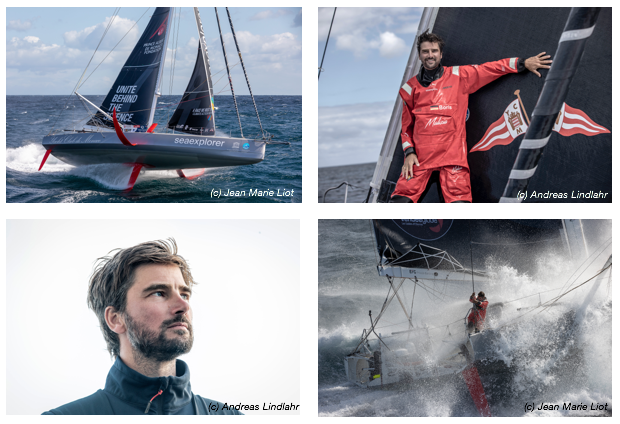 Shortly before the finish of the Vendee Globe Race, things took a dramatic turn for German sailor Boris Herrmann. His vessel, Seaexplorer – Yacht Club de Monaco collided with a fishing trawler 85 nautical miles from the finish line in Les Sables d'Olonne, France. The collision damaged the race yacht, so Herrmann could only continue at a reduced speed. Boris himself was uninjured, and there were no casualties on the fishing trawler either.

“Suddenly I saw a wall next to me, the boats got tangled up, I heard men shouting,” Herrmann reports. His vessel's bowsprit was broken off, its headsail torn, and the starboard hydrofoil was damaged. Most critically, the starboard shroud broke off, the cable that secures the mast and stops it from falling over. In the hours following the collision, Herrmann worked feverishly to replace the shroud in order to reach his final destination safely.

In a video message, Boris Herrmann recounts the collision that shattered all dreams of a German victory. “I have never experienced anything like this at sea before,” Herrmann said, “but the most important thing is that no one was hurt.”

The collision is another test in the toughest race in the world, but not one that will keep Boris from seeing it through to the end. On Thursday morning, the 39-year-old skipper from Hamburg plans to sail his ship across the finish line off Les Sables d'Olonne, after 81 days at sea. Onshore, his wife Birte, his daughter and his team are already eagerly awaiting his return and proud of his great achievement.