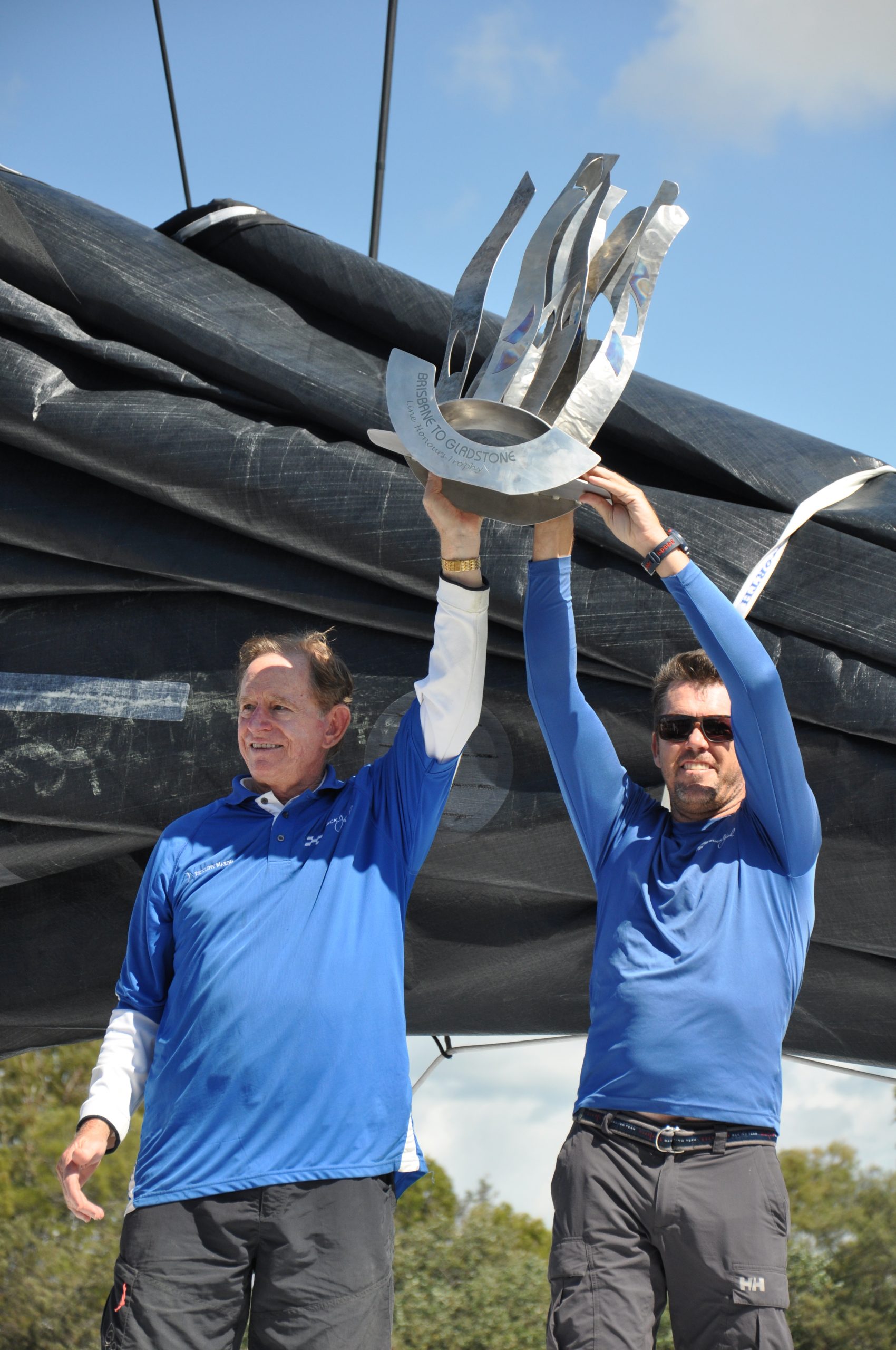 Black Jack has claimed their fourth consecutive Line Honours trophy today crossing the finish line of the Brisbane to Gladstone Yacht Race at 09.56.43am. In the process, skipper Mark Bradford sailed himself into the history books, no skipper has ever won four Line Honours titles in a row until today.

Mark still has three more Line Honours wins to achieve before surpassing Jack Rooklyns’ record but with Peter Harburg, Black Jacks’ owner, confirming that next year they would return in a one hundred foot Black Jack, the probability of more titles is likely as the Black Jack crew continue to strive to eclipse the 2004 race record. In the very early hours of Saturday morning, the YB Yacht Tracker had Black Jack with a predicted finish time one minute quicker than Skandia’s record time but as the wind lightened over night the record slipped away.

With the Citizens of Gladstone trophy for fastest elapsed time now decided, attention now turns to the main prize, the Courier Mail Cup, awarded to the winner of the race on handicap corrected time.

The weather forecast continues to show good breezes building on Sunday and current predictions for which boat will receive the accolades remain a mystery.