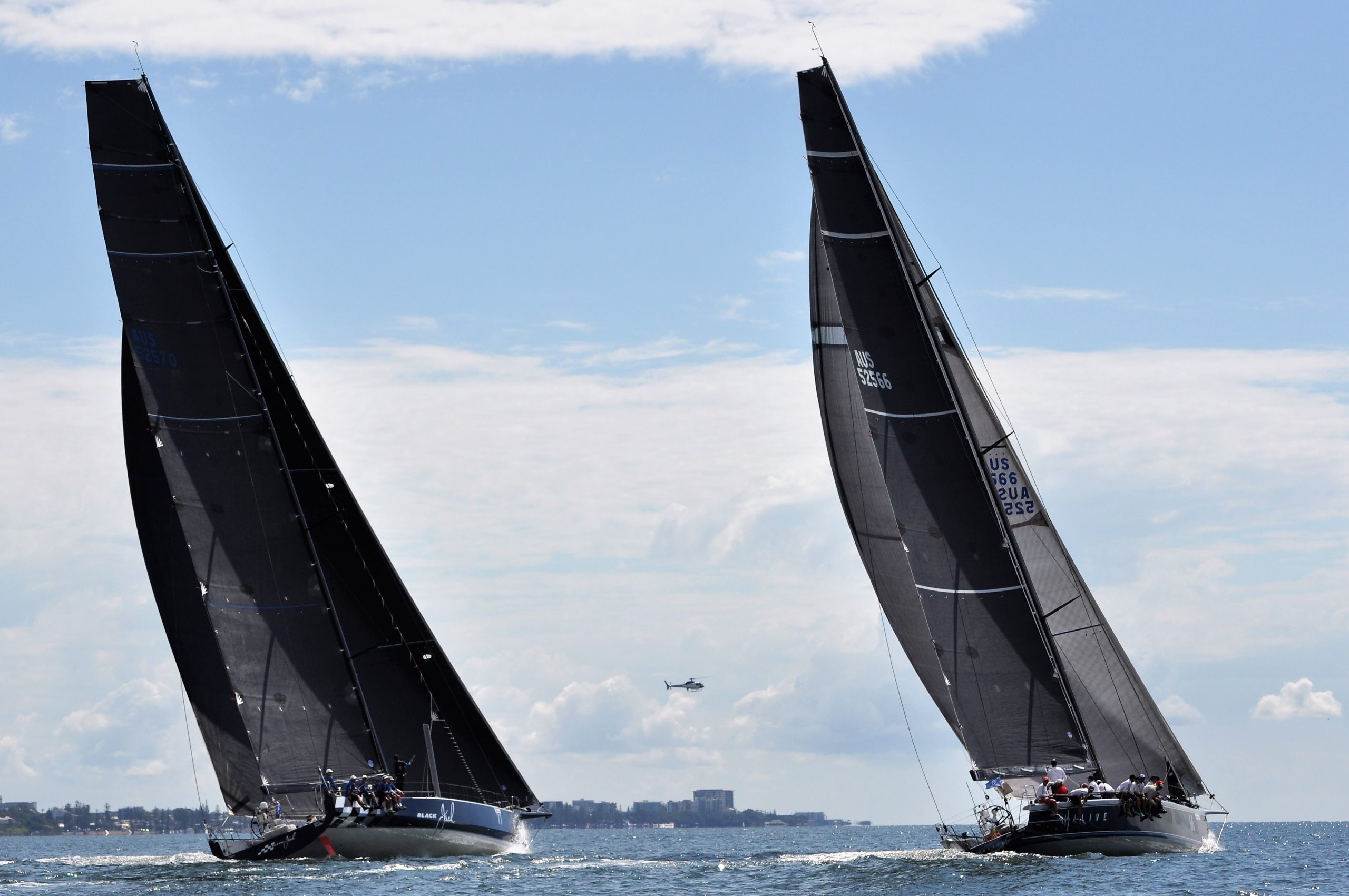 Black Jack and Alive at the start of the Brisbane to Gladstone Race. Photo Race Media.

The Brisbane to Gladstone Yacht Race started for the sixty ninth time this morning from Shorncliffe and wrote itself into the record books in the process. The Queensland Cruising Yacht Club, with the assistance of Gladstone Regional Council, livesteamed the start in what is believed to be a first in this sporting arena.

At 11am, when His Excellency the Honourable Paul de Jersey AC, Governor of Queensland fired the start gun, spectators worldwide watched the fleet of forty yachts begin their journey north. The honour of the first boat to cross the start line was closely fought between Mr. Kite and Ichi Ban but it was only minutes before the two front runners, Black Jack and Alive hit the front and briefly entered into a luffing dual before Black Jack got her nose in front and made the most of a gently strengthening breeze.

At the first turning mark the top six had established their positions; Black Jack, Alive, Ichi Ban, Hollywood Boulevard, Kerumba and Mr Kite. This order has remained throughout Good Friday with the rest of the pack tightly packed behind them.

Whether Black Jack finally beats the thirteen year old Fastest Elapsed Time record is a question of much conjecture. It is certainly a possibility but, if the weather forecast holds true, the smaller boats are going to benefit for building winds through Saturday and this year may be one for the later finishers to win the race on handicap and with it the greatest ocean racing prize in Queensland, the Courier Mail Cup.

So, the final big remaining question is, was the live streaming a success? Facebook recorded a reach of eighty-one thousand people, add to that the thousands that tuned in via the race website www.brisbanetogladstone.com.au and the crowds watching on the big screen at the Gladstone Harbour Festival and you can make your own judgement.