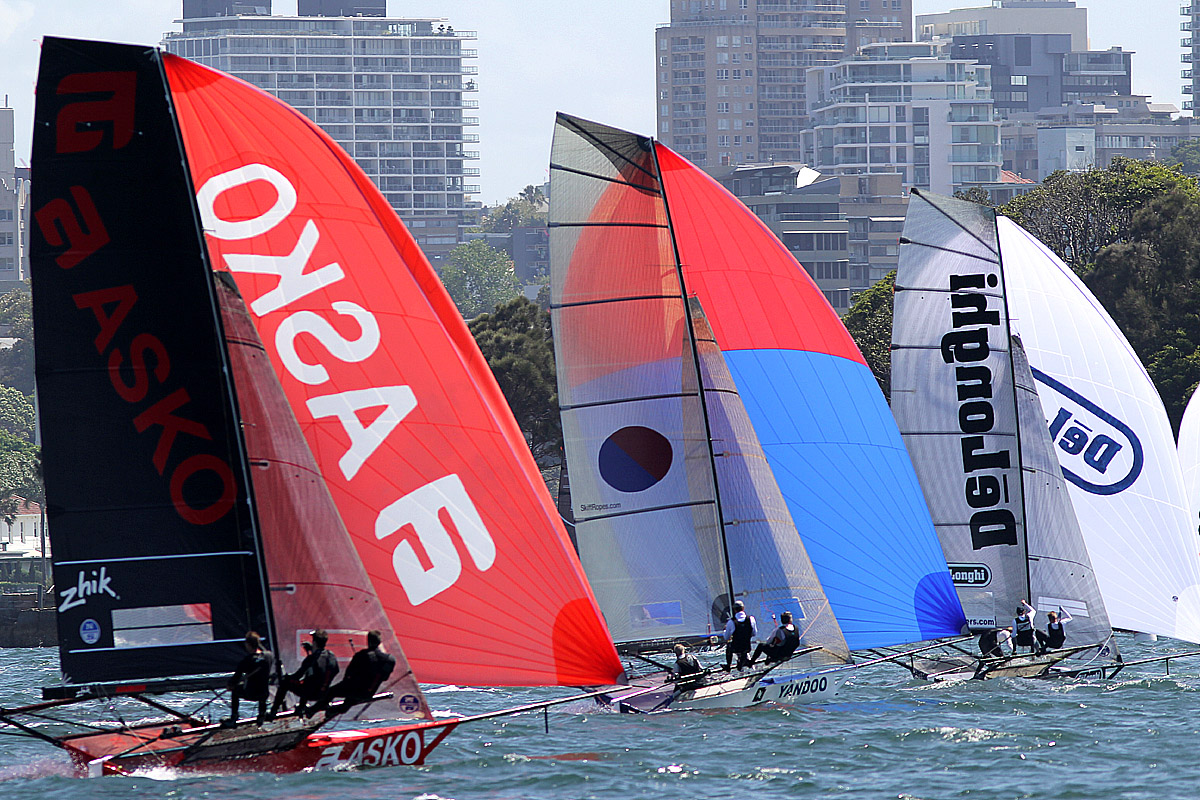 With a 12-15 knot ENE wind prevailing, only four of the 18-boat fleet elected to go with the bigger #1 rig and it was decisive in the Thurlow Fisher Lawyers win.

The race began sensationally with Appliancesonline.com.au (David Witt) and last week’s winner Triple M (James Ward) recalled for being over the line too early.

Triple M’s crew returned while the Appliancesonline crew were unaware of the recall and continued to sail the course.

For the rest of the fleet, the start was even and there was a close battle for supremacy on the long windward beat from the start off Clark Island to the 3-Buoys marks off the  Beashel Buoy.

Smeg led the fleet down the spinnaker run to the wing mark off the southern end of Shark Island ans was 25s ahead of Compassmarkets.com and The Kitchen Maker as the fleet headed between Shark and Clark islands.

Thurlow Fisher Lawyers was in the next group behind the three leaders, and showed the benefit of the bigger sails when she grabbed third place at Clark Island.

On the next windward beat Smeg continued to lead the fleet but it was apparent that Thurlow Fisher Lawyers was going to be a very strong challenger.

Powered by the big rig, Thurlow Fisher Lawyers dominated the spinnaker run back down the middle of the course from Beashel Buoy to Clark Island and led, unchallenged, for the entire final lap of the course.

Ilve recovered from a slow start and made a strong challenge midway through the race.

The Ilve crew continued to show good pace over the last lap and headed for home just behind Thurlow Fisher Lawyers and just ahead of Line 7.

There was little between Ilve and Line 7  on the spinnaker run to the finish with Line 7 finishing just 12s ahead of Ilve.

Today’s race was the final race before the Christmas-New Year break. Racing will resume on Sunday, 8 January with the W.C. ‘Trappy’ Duncan Memorial Trophy.

The Australian 18 Footers League will have its usual Spectator Ferry available to follow all the action. The Spectator Ferry is also available throughout the entire 2016-2017 Season, leaving Double Bay Wharf, alongside the clubhouse, at 2.15pm.