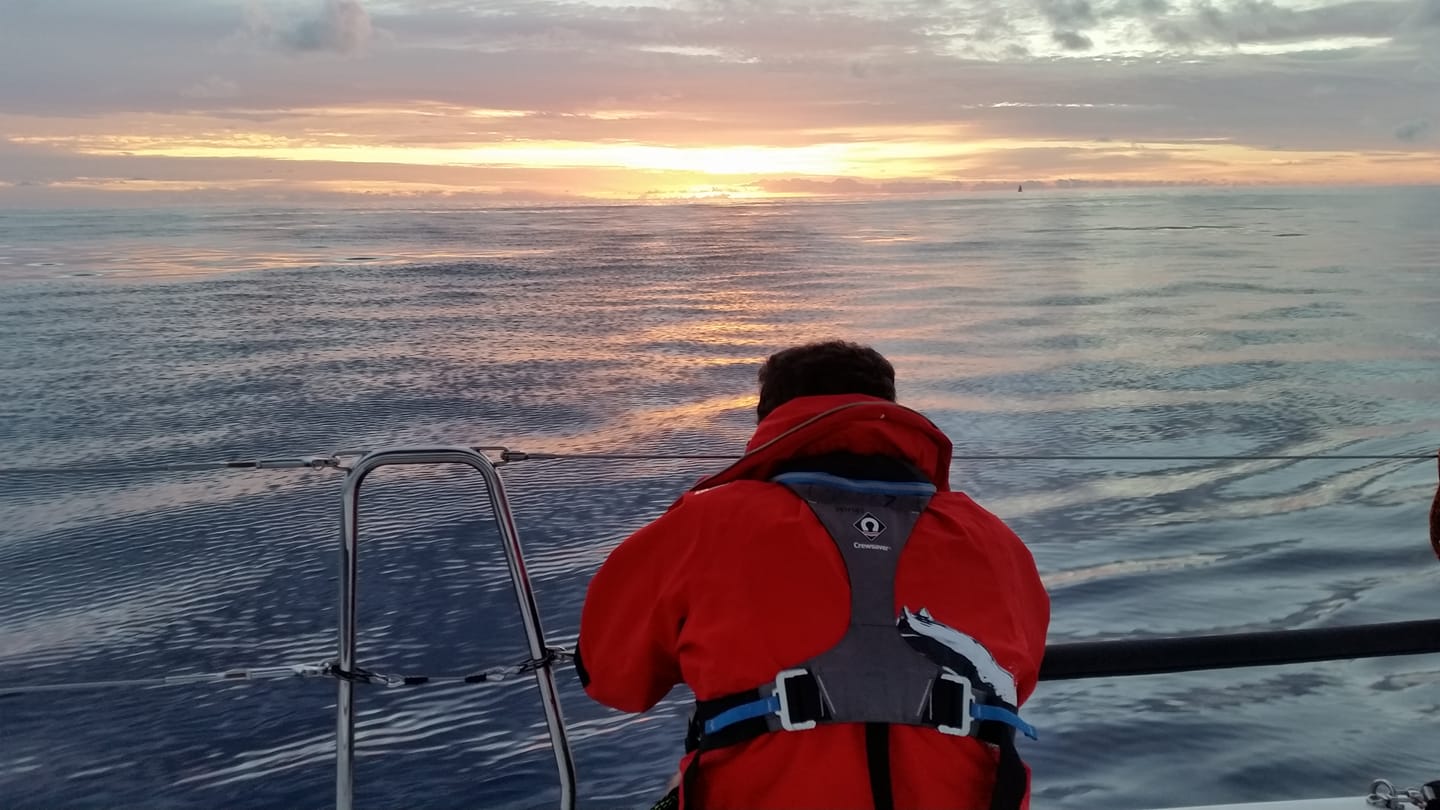 The leaders in the New Caledonia Groupama Race are stretching away from those stuck in the glue-pot further south, further cementing the sixth edition of the biennial offshore event in the South Pacific as a big boat race.

Three groups have appeared in the now 21-boat fleet – the frontrunners in 12 knots of ENE breeze, the middle group transitioning into breeze and the bulk of the fleet further south struggling in light winds.

Graeme Wilson and William Goodfellow’s IRC52 Miss Scarlet (NZL) is travelling into the night at 10 knots with Tony Kirby’s Patrice (AUS) and Brian Peterson’s Elliott 50 Ran Tan (NZL) 14 miles behind. Second and third have converged at the northern tip of the Grand Terre with about 90 nautical miles to go to the virtual mark, at the start of the Grand Passage.

Eighty-one miles separates Miss Scarlet from the first multihull, the Sharon Ferris-Choat skippered trimaran Ave Gitana, and the Kiwis on Miss Scarlet are on the money in IRC overall results. Patrice is the best-placed in the ORC overall standings.

Latest video from Scarlet https://www.youtube.com/watch?v=aMMawA_CX_g showing Franck Cammas at the helm. “What do you make of this gangster on the helm who seems to be hogging the wheel?” crewman Tony asks Goodfellow in jest. “It’s fair to say the boat’s found another gear; time will tell,” is the smiling response.

The middle group of Dare Devil, Carreras, Blink, Clockwork, Ave Gitana and Birdies Furax 2 are back up to reasonable pace while last in the fleet, Bruno Hautier’s Dufour 410 SOCARE Odyssey, is 115nm behind Miss Scarlet and yet to come into decent breeze, travelling at one knot.

“The boats that opted to remain inside the reef overnight and during the day struggled, and are now heading outside to better breeze,” says race director Denis Thompson from race control at Port Moselle Harbour in Noumea.

Ian Edwards’ Dehler 46 Wings (AUS) was one of those stuck in the doldrums for most of day two, a situation which gave the crew time to enjoy a hot late lunch of lasagne – spinach pie for the vegetarians, post plenty of content on the boat’s Facebook page and send in the required video content to race organisers.

By Tuesday lunchtime the leaders should be on their way down New Caledonia’s west coast free-sheeting in the forecast 15 knots of pre-frontal NE wind. Between 9pm and midnight Tuesday the front is expected to hit, south-westers behind the change setting up a beam reach/run to the finish line. The first arrival is likely to be Wednesday afternoon which is well outside record time.

Unfortunately there’s no fairy-tale finish for the back-markers who are facing a slog to the line, beating slowly south in light sou’easters. That’s if they make the time limit of 6pm on Saturday evening, June 23, 2018.

A second retirement, Boulegue – PAO Production, is returning to Noumea under motor.