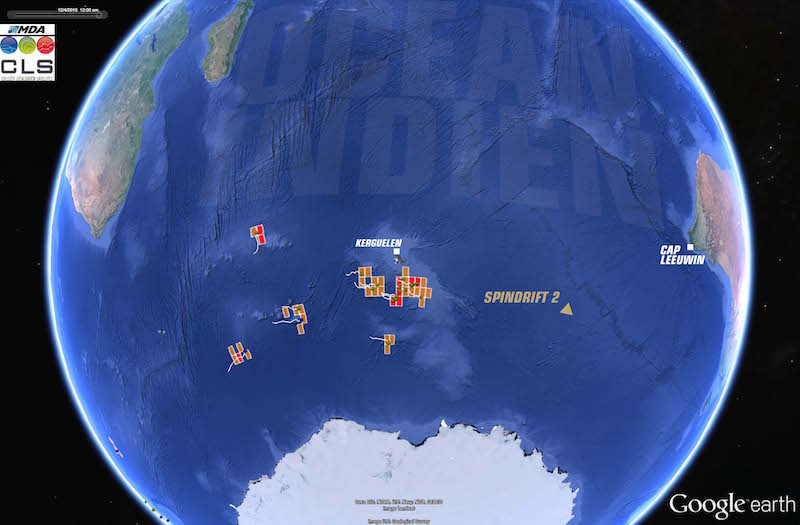 Positions of the great icebergs in the Indian Ocean.

It broke off from Antarctica a year ago and has been slowly making its way to South Georgia island (of Shackleton fame).

So British polar researchers from the British Antarctic Survey are heading off after quarantining on the Falklands aboard the Royal Research Ship named after another famous sea captain: James Cook.

There is a concern that an iceberg the size of South Georgia Island will deliver a deleterious effect on the local environment.