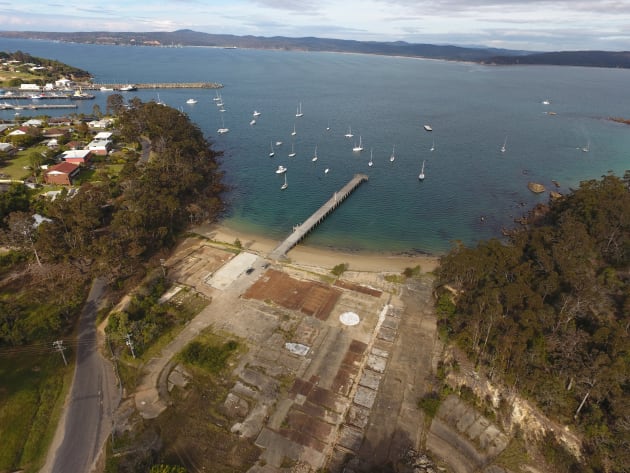 This article first appeared on our sister website Marine Business.

The Boating Industry Association has thrown its support behind the proposed Eden Marina development on the NSW South Coast, stating that its economic value is “greater than other investments in the region”.

The developers of the Eden Marina project at Cattle Bay recently released a report by consultants GHD which calculated the $130 million development would deliver 150 direct and indirect jobs per year in the first four years of the project.

A key part of the project is the construction of a wave attenuator to protect the marina from Eden's notorious storms. So far, the NSW State government has agreed to the construction of an attenuator to protect the neighbouring bay, Snug Cove, where there are plans to extend the wharf to accommodate cruise ships as well as proposals for a separate marina development.

However the local Bega MP and NSW Minister for Transport and Infrastructure, Andrew Constance, recently ruled out any additional funding for an attenuator to protect the Cattle Bay development.

In response, Howard Glenn, BIA national CEO, has called on the state government to work with the industry in order to facilitate investment in new boating infrastructure.

“The GHD report clearly shows the case for investment [at Cattle Bay]. I briefed Andrew Constance on the report at a very positive meeting last February in Bega. I went down to Eden again myself to see the sites and get clear in my head how different they are. I’m not acting on behalf of the developers, and didn’t speak for them with Andrew Constance, but on behalf of industry as a whole, which is keen to see boating infrastructure improved.

“The economic value of the Cattle Bay project is greater than other investments in the region, but depends on protection from a wave attenuator that has to be built in the water owned by Crown Land. Money collected by Government from boaters’ licence and registration fees is available to fund the construction of this wave attenuator.

“Unfortunately, the Cattle Bay project and the Snug Cove project are seen as in competition.

“If there were to be only one wave attenuator built, then Cattle Bay represents much greater value for money. This could be demonstrated easily by running the same numbers for benefit/cost ratios on each project.

“But both projects have merit, and will provide different services to boaters, at different price points.”

In a letter to the local newspaper, spokesperson for the Eden Marina at Cattle Bay, Bob Carter, said:

“The business case for the wave attenuator at Cattle Bay, to be funded by the NSW Government on Crown Land, is extremely robust. A relatively small investment by government will release a $130m international hotel and marina project at Cattle Bay which will bring sustained employment and change the face of Eden for the better.

“Governments of all persuasions throughout Australia build breakwaters and wave attenuators on Crown Land for the benefit of the related assets which can then be developed.