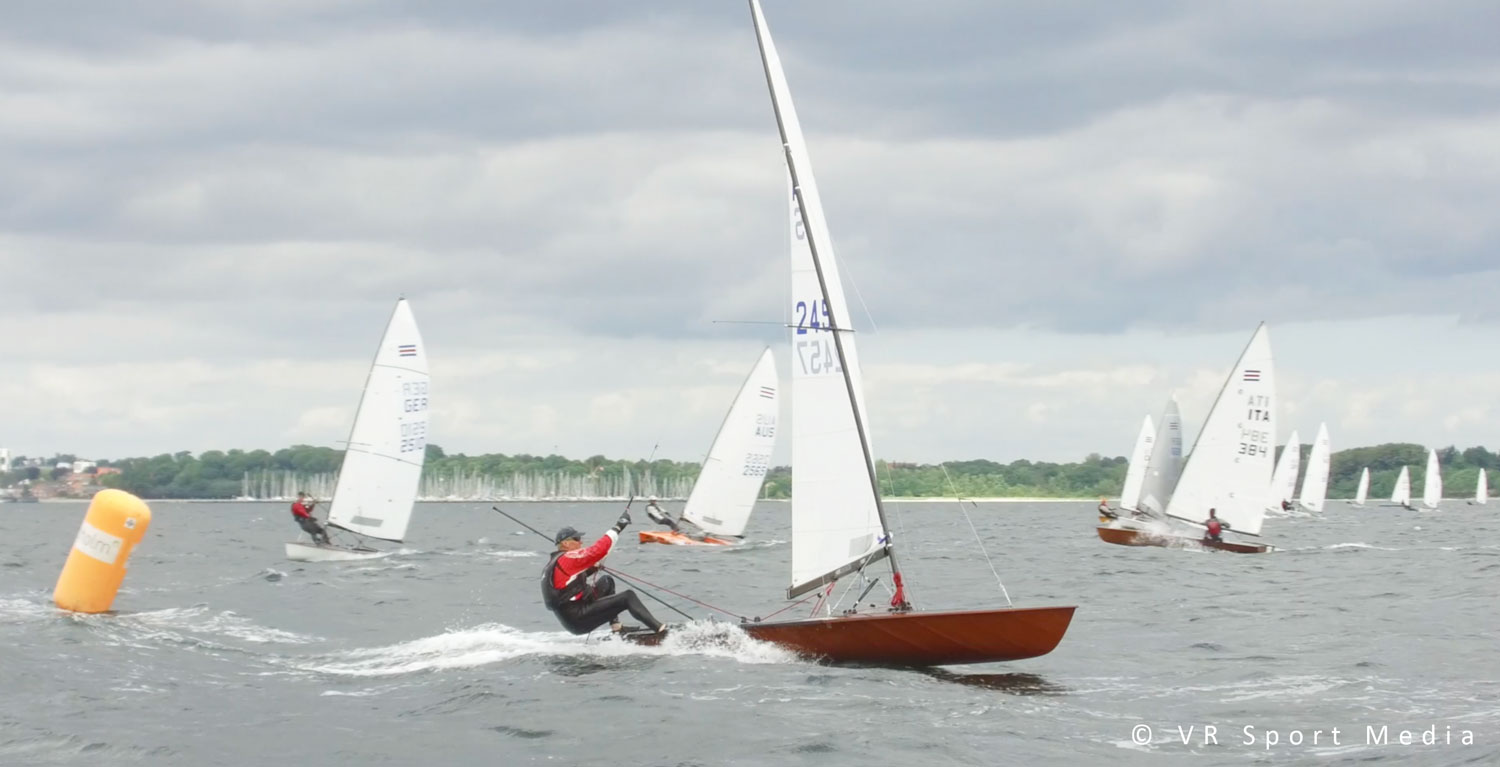 107 Contender dinghies were ready for racing on day 1 for the Contender World Championship in Sønderborg in the southern part of Denmark.

The wind was westerly 11-16 knots quit shifty. First race of the regatta started after one general recall. Race One was won by UK's, Simon Mussell, with Mark Bulka second and Jason Beebe third both from Australia. The local Jesper Nielsen from Aabenraa/Dyvig finished fourth in the 1. Race.

Second race and the wind was similar. Mark Bulka rounded the 1st mark and held that position all the way round and finished with a decisive lead. Race winner in race 1, Mussell, capsized just after the windward mark and finished the race 8th. Jason Beebe finished second with Voker Niediek from Germany picking up third. The local sailor, Jesper Nielsen, was 8th at the 1st mark and managed to overtake four boats and finished 4th.