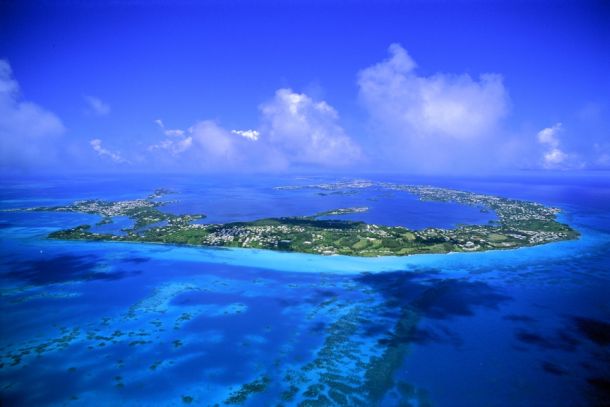 Bermuda will host all racing for the 35th America's Cup. Photo © Roland Skinner/picturesquebermuda.bm

The America’s Cup competitors have agreed the format for racing in 2017 with all racing taking place on the waters of the Great Sound in Bermuda, the home of the 2017 America’s Cup.

“At our Competitor Forum meeting this week, the teams agreed on the details of our race program in 2017,” said Commercial Commissioner Harvey Schiller.

All teams will compete in a double round robin format for the America’s Cup Qualifiers, which will be sailed in the new America’s Cup Class foiling catamaran.

The top four challengers from the Qualifiers will advance to the Challenger Playoffs which consist of a match racing semi final and finals. The winner of the Playoffs will meet the defending champion, ORACLE TEAM USA, in the America’s Cup Match.

Racing will take place in June, 2017. A detailed race calendar will be determined by the Commercial Commissioner in consultation with the competitors and Regatta Director and published in due course.