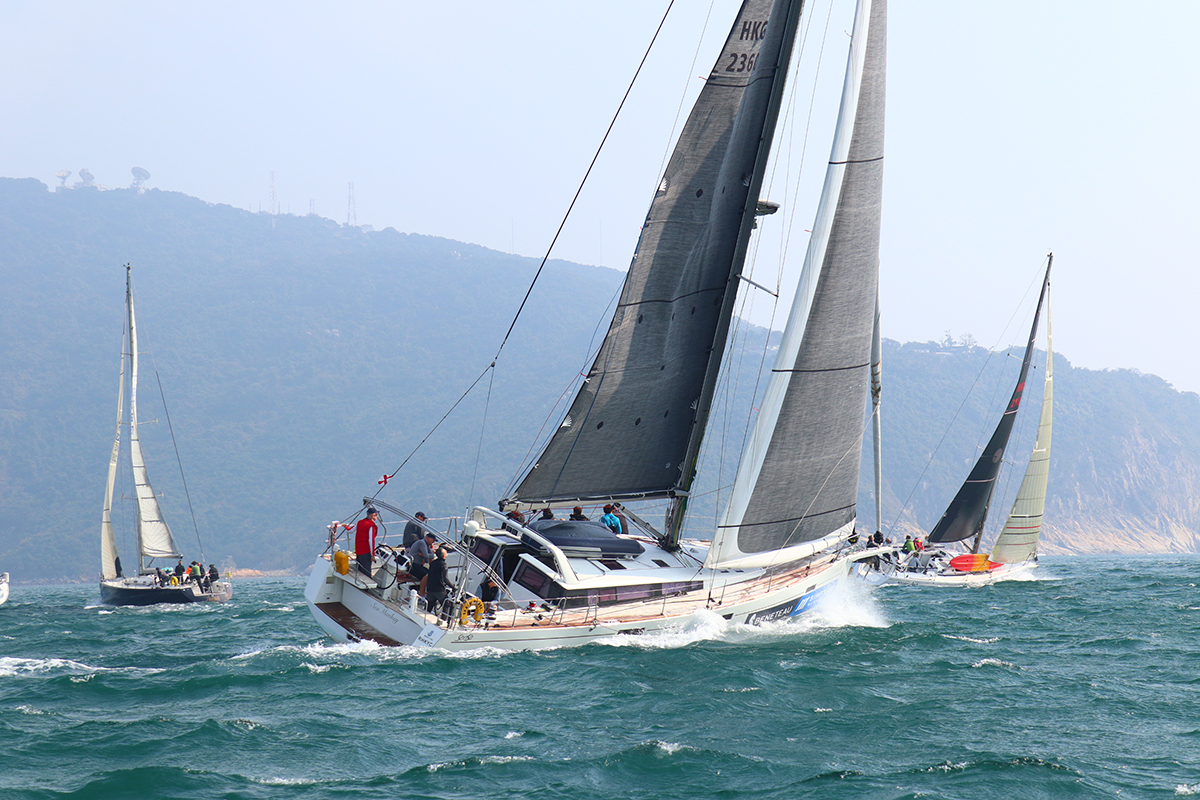 On 26th January, 26 boats crossed the line in Hong Kong’s Tai Tam Bay, marking the start of the 2019 Beneteau Four Peaks Race. Compared to the 19 entries for the 2018 edition, the event saw an increase in numbers and popularity, with keen first-timers, well-seasoned sailors, award-winning runners, and boat owners from a variety of nationalities applying to compete in the most iconic and testing contest in the region.

The Four Peaks Race is one of the greatest challenges for sailors and runners, requiring the highest levels of fitness, tenacity, and sportsmanship. The challenges include sailing for approximately 100 nautical miles, paddling ashore in kayaks, conquering four landmark peaks, racing against time, fighting fatigue, battling January’s cold weather, and pushing physical limits.

On the 26th, the morning sailing started with good winds of around 20 knots, however, posing huge challenges both for the sailors and runners. For the sailors, they needed to locate a best spot at sea for dropping off the kayaks, lowering the potential danger brought by the unstable sea conditons, while for the runners, they took the risk to land into the kayaks and paddle to the beaches. They all took the challenge and did a good job.

The Four Peaks race tests endurance, skills, time management, and first of all, teamwork! Its enduring appeal brings competitors back year after year. Completing the race itself is a huge achievement for all the participants. Over the course of the day and night, the boats sail to the islands where the runners are dropped off to race in kayaks on beaches and ascend the peaks for each round. Each crew is required to conquer four rugged mountains without clear trails.

The event has been run by the well-known Aberdeen Boat Club for 35 years in a row, since 1985. Race stewarding and safety management from the boat club contribute to the success of each competition. A strong supporter of sailing events in the region, Beneteau has been the title sponsor as well as a participant since the 2017 edition. Generous support also comes from Simpson Marine, Beneteau’s local dealer. This year, five Beneteau models signed up for the competition – a Sense 46, a Sense 50, two Oceanis 43s, and one First model.

A prize-giving party will be held at the Aberdeen Boat Club this Friday for competitors, friends, families, and partners to celebrate their hard-won sporting victory. For more details of the 2019 Beneteau Four Peaks Race, please click here to watch the video. (provided by China Daily)