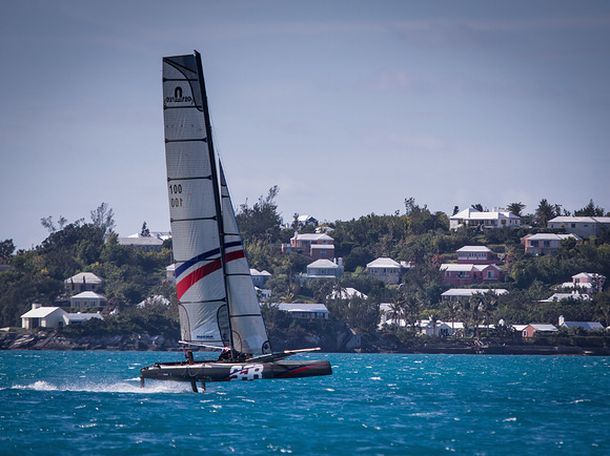 Ben Ainslie Racing were the first America's Cup team both on – and under – the race course waters of the 35th America's Cup last week, when the team conducted an initial training camp in Bermuda.

“It's been great for the team to get out on the water, trying to learn about the venue, the wind direction, the wave states in our 20 foot foiling training boats,” commented Team Principal and Skipper, Ben Ainslie. “A huge amount has been learnt, and we can now go back to our design team and start working on developing the final race boat for 2017.”

“We turned up here with preconceived ideas about everything,” added Sailing Manager, Jono Macbeth. “But it's not until you actually step foot on the island that you get a feel for what's going on. It's going to be completely different compared to last Cup where the wind direction was the same every single day. Here we have seen wind from just about every corner.

“We're just learning all the time. It's invaluable that we are here, especially as the first team on this race course. It's a statement that we are serious about the competition ahead of us. The atmosphere here in anticipation of the America's Cup is incredible,” continued Macbeth, “Everyone on the island is so into it. This year is just going to fly by.”

“Bermuda is just the most beautiful island,” said Ben, “the people are so warm and friendly and are really excited about having the America's Cup here. As a sailing venue it is a real challenge, it is such a tight course and the wind is really variable out here in the middle of the Atlantic.” 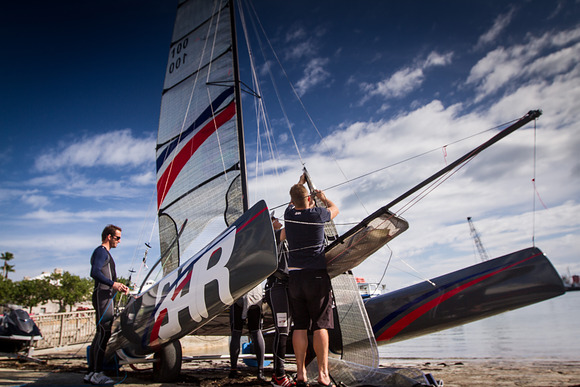 The major objective of the training camp was to learn the local conditions, and raise foiling skills, but Ben Williams, Head of Strength and Conditioning ensured that the Sailing Team got an extensive work out as well.

“It's been great for us as a sailing team to get away,” said Ben. “It's almost been a military operation, our fitness trainer is an ex-Marine and pushing us pretty hard in the morning and evenings. And out on the water we have been sailing and training very hard – but bonding as a team, being away and really focusing on sailing and training.”

“I really wanted to make sure that we were using our time wisely out there so we are doing two training sessions in the gym and sailing the boats five or six hours every day,” said Macbeth. “There's really not a huge amount of time for the boys to do anything except eat, train and go sailing.” Williams unique methods included an opportunity to properly test the depths of Bermudian waters – all captured on film.