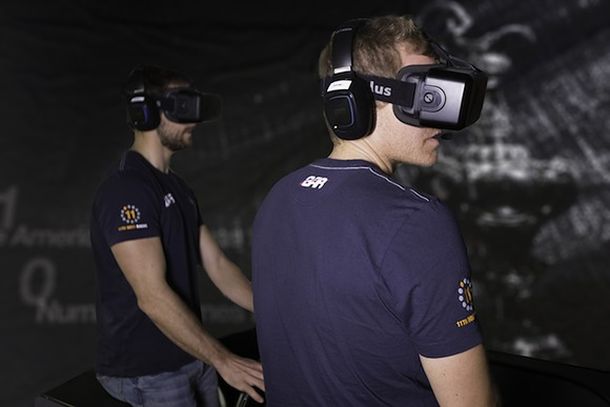 Without cutting edge design and engineering, no one wins the America's Cup. In pursuit of their goal, the British team has developed their own sophisticated 3D sailing simulator, modelled on those used by the world of motorsport.

The virtual flying machine will support the vital link between sailors and designers, creating an important feedback mechanism between the two core parts of the performance team. It also provides an equally important feedback loop within the design team's optimisation process.

The man leading the team behind BAR's (virtual) flying machine is Dr. James Roche, formerly of McLaren Applied Technologies, where he had worked on the design of the skeleton sled that Lizzy Yarnold used to slide to gold at the Sochi Winter Olympics.

By the time of the 35th America's Cup in 2017, the simulator will be generations on from the first version, but the truth is; the simulator will never be finished. It's in constant use, and every time the team run a session something new is learned that can be used to improve it, the boat and the sailors. And the better it gets, the more use it gets – and the more it will become one of the most vital tools in BAR's America's Cup preparations. 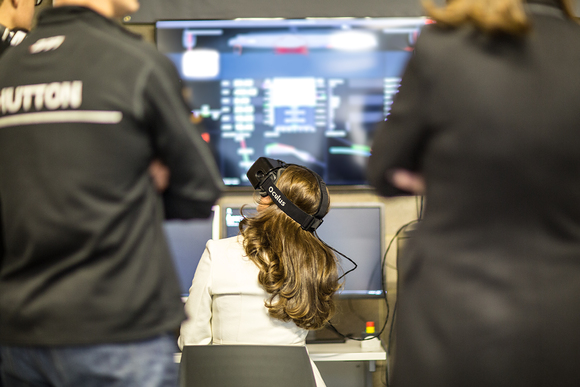 Dr. James Roche, the man behind the Virtual Flying Machine

The ground floor of Ben Ainslie Racing's temporary headquarters has been through several lives in the short time that the team has been there. It started as a boatshed, but the boat-building quickly outgrew the available space and was moved to another facility. Once the dust had been cleared, a sealed, air-conditioned room was built to house the computer servers that power the design team's thinking and research. Two areas were partitioned off for meeting rooms, as the growing team swallowed the desk space on the first floor. A gym was built, so the sailing team could fit training sessions into busy days, and in one corner…

In one corner there was a wide expanse of desk with several monitors and a big rack of computers, fans whirring, hard drive lights flickering. A single seat sat in front of these monitors. Clearly, anyone needing that much computer power was working on a very big project. Enquiries about the nature of the project were usually answered with a vague… 'Oh, that's James and the guys building the simulator…' Simulator? So this is definitely not your granddaddy's America's Cup. 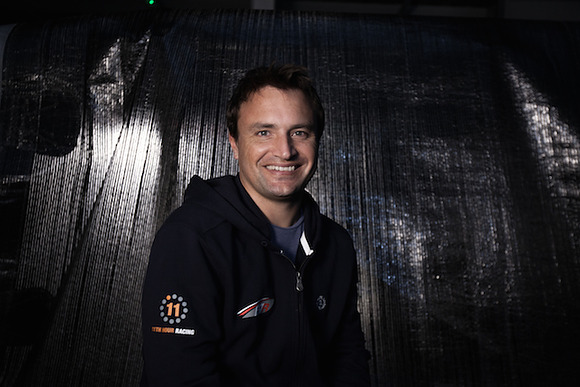 Beside the desk and the screens – and the rack of whirring hard drives – a pile of boxes began to stack. In time, the boxes were unpacked. A bland, low-slung grey container housed more circuit boards, with more flickering lights. Cables leaving the box ran to beefy, electrical actuators that became connected to even beefier rams. One day, carpenters arrived and laid a platform on top of the rams and, finally – like the crowning of the Christmas tree – the platform was fitted with a steering wheel. The simulator was finished. Or at least, it looked finished. The full story is more complicated, and starts with Dr. James Roche.

James Roche came to Ben Ainslie Racing from McLaren Applied Technologies, where he had worked on the design of the skeleton sled that Lizzy Yarnold used to slide to gold at the Sochi Winter Olympics. The link from there to an America's Cup team isn't obvious, but starts with Roche learning to sail. “I got into sailing as a very young kid on summer holidays in North Wales, and my parents were always keen sailors,” he recalled one grey January afternoon. 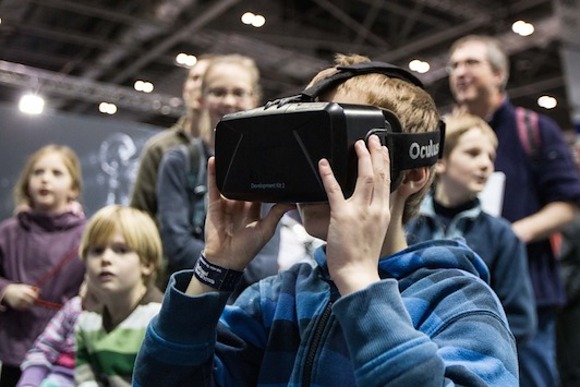 After those brighter, warmer and sunnier summer days spent sailing in plastic Toppers and wooden Mirror dinghies in Nefyn, Roche graduated to steering a 420, a two-man youth dinghy. He made it into the Royal Yachting Association's National Youth Squad. He competed in the European Championships. He also sailed at school; team racing at Sevenoaks – something that Roche shares with BAR Sailing Team member, Paul Campbell-James.