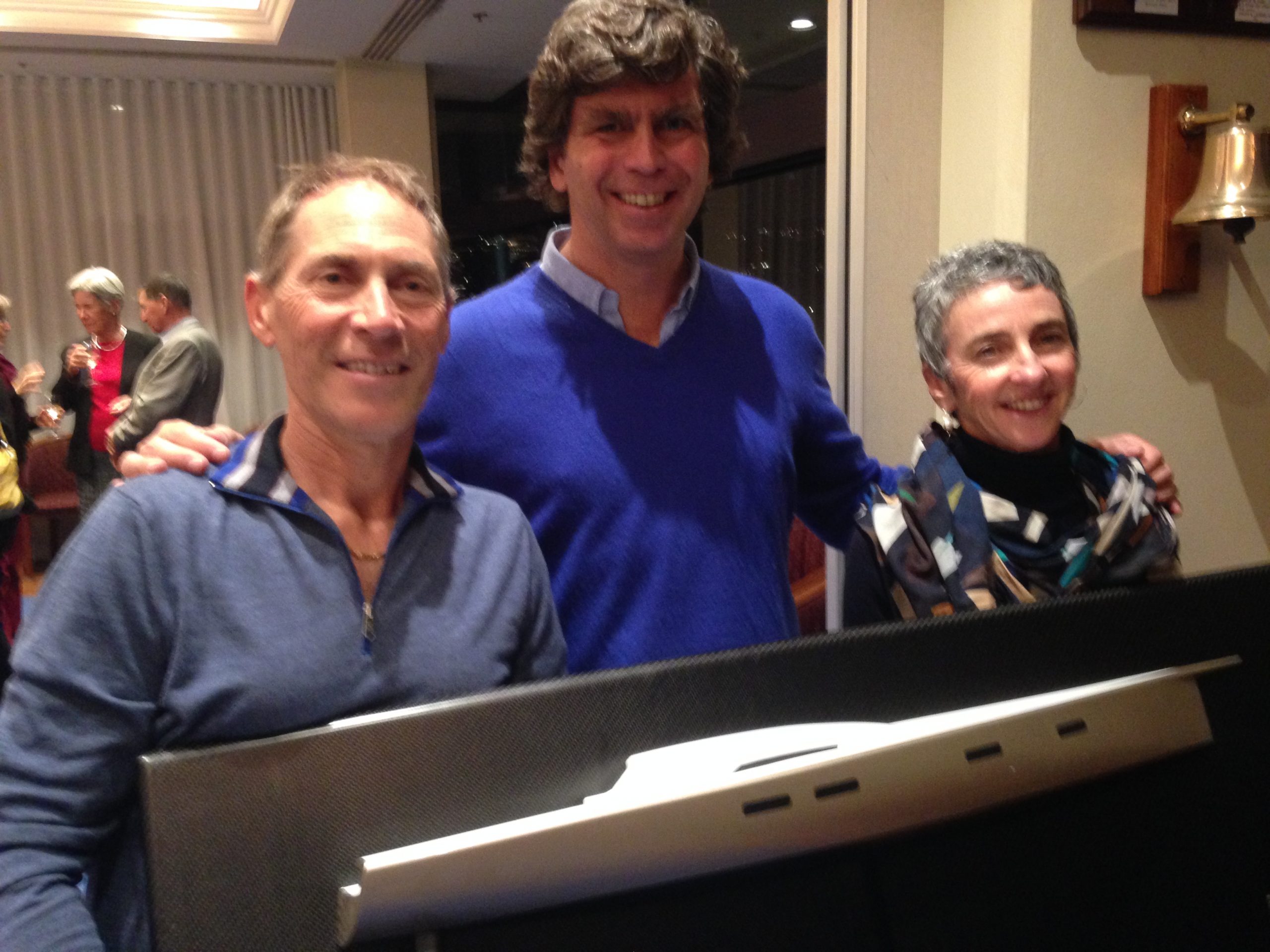 The Frers 57, designed by Mani Frers, who follows in the footsteps of his famous father, German, flew to Australia from his home in Italy to attend the launch. Also on hand were noted builder John McConaghy and Jono Morris, ex McConaghy boats.

An unusual collaboration with input from designer, owner and builder, who worked closely together, has resulted in a strong friendship between Belgiorno-Nettis and Frers. “We liked each other immediately,” said Frers, who went on to describe the concept of the boat.

“When Guido rang to say he was holding a design competition (yes, four designers were paid, given his spec and asked for their concept) I already had been thinking about designing this sort of boat.

“It worked out well, and over a lot of skype calls and then me coming to Australia, we all agreed – it all worked out so well,” the Argentine born designer said.

Belgiorno-Nettis, who had a great deal of input and spent one day a week driving to Gosford to oversee the process said, “I liked Mani straight away and we’ve had so much fun designing this boat – I’m almost sorry it’s come to an end (it took three years) – but I’m sure my wife Michelle is pleased it’s finished. She has always supported me and we are looking forward to this next stage of our lives. We’ve already taken the boat out and are looking forward to cruising it.”

Shearwater, a thoughtfully designed powerful yacht named for the long-winged seabirds, was never going to be built anywhere but McConachie’s, whom Belgiorno-Nettis has enjoyed a long association with, including a Mini Wally John McConaghy (who attended the launch) built for them nearly 18 years ago.

“I can’t let the night pass without giving my thanks to John (McConaghy) and Jono (Morris flew in from Malaysia for the launch); they both had a lot of influence in the boat,” said Shearwater’s owner, going on to thank all who were involved, including North Sails who provided the sails.

A large contingent of those involved in producing the boat were at the launch, along with the Belgiorno-Nettis' sons Alessandro and Massimo, Royal Sydney Yacht Squadron Commodore Richard Chapman and wife Rowena, along with Ian and Tanya Oatley, Gordon Ingate, MHYC past commodores Ian Box and John McCuaig (Belgiorno-Nettis is also a member there), Jim and son Michael Dunstan – the latter sails with Belgiorno-Nettis) and many others.