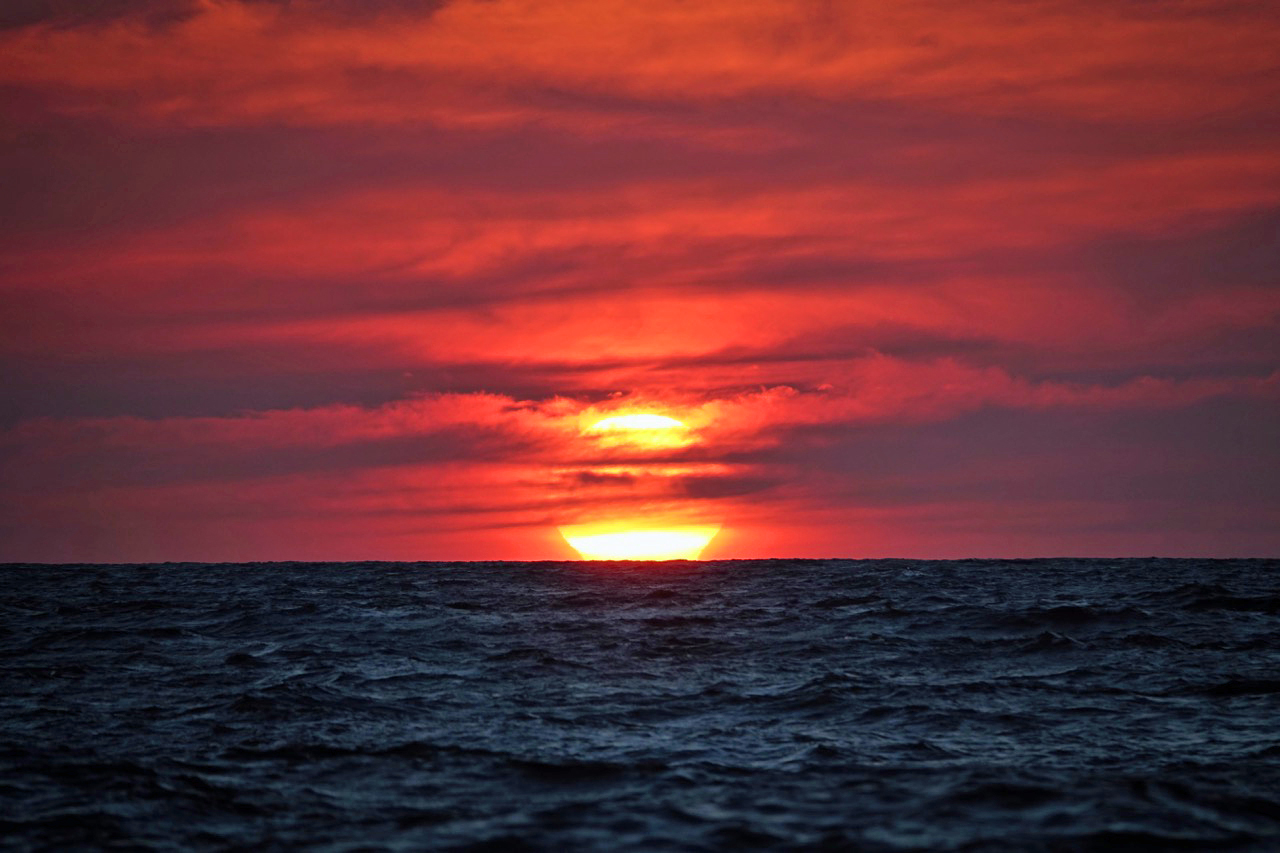 After days of speculation and carefully monitoring the looming wind hole off the coast of Mexico, it seems the Clipper Race fleet was let off lightly by the wind gods, with many teams experiencing a shorter time than first predicted in the windless zone.

Today, on Day 13 of Race 10: The Garmin American Challenge, most of the pack is back into breeze and making good headway south towards the first mandatory gate.

Bob Beggs, Skipper of Unicef, reports: “The wind hole and light winds of yesterday have been replaced by an almost perfect wind direction and strength. We are making great progress to the south in company with the Clipper Race fleet and the racing is good.”

As the fleet remains compressed, with just 87 nautical miles (nm) separating the top ten teams, there has been change on the leaderboard with the biggest jump coming from Unicef which is up into second place from fifth.

Dale Smyth, Skipper of Dare To Lead, which now sits in fourth place, says: “Well, we finally got caught by the bulk of the fleet today as we drifted around on a windless sea. It is essentially a race restart as we are all within close proximity of one another now.”

Despite growing pressure from the rest of the fleet, Qingdao has maintained its lead, which it has only lost for one day so far during the Garmin American Challenge. Skipper Chris Kobusch reports: “We managed to put some miles between us and Visit Seattle and Dare To Lead, but then Unicef caught up and is now less than 10 nautical miles (nm) behind us. It must be great to watch on the race viewer, but for us on the boats it is nerve wrecking.

“Every time we lose the wind and the other boats get closer we fear for our lead, and every time we catch some breeze and pull away again the hopes of keeping the lead are back again. As it looks, we will have this light wind lottery until the end of the race. Hopefully we will be lucky.”

Over on Liverpool 2018, which scooped the final bonus point for crossing the Scoring Gate in third place yesterday, tactics seem to have paid off, at least in the short term. Skipper Lance Shepherd explains: “The crew is in high spirits as our plan to come south on the western side of the wind hole gave us a 50nm or so gain on the lead pack, but still a long way to go and work our way east.

“It looks like the wind is filling in for the others now so our catch-up rate will reduce but were battling on in hope.”

As the breeze continues to fill in, the questions of whether or not to stick with the inshore tactic will be at the forefront for Skippers and their crews. PSP Logistics Skipper Matt Mitchell is remaining quietly confident about his team's position further offshore and says: “It will be interesting to see what happens here as the guys closer inshore now may have to gybe early which could put them at a disadvantage.

“It's going to be a painful few days as this breeze we have isn't set to last too long. Fingers crossed we can still make good progress!”

Over the coming days, Clipper Race Meteorologist Simon Rowell is expecting the conditions to remain largely the same with light patches, though a reasonable overall flow will help the teams proceed south.

To follow the fleet's progress as teams emerge from the wind hole, keep an eye on the Clipper Race Viewer to watch how the light wind lottery plays out. You can also read the daily Skipper Blogs in full on the Team Pages, as well as keep up with the latest on board in the Crew Diaries.

The race to Panama is expected to take approximately 23 to 26 days, with the fleet expected to arrive between 23 – 27 May. The brief stopover will feature one of the highlights of the Clipper 2017-18 Race – the Panama Canal – which will see the teams bid farewell to the Pacific Ocean and re-enter the Atlantic Ocean ahead of the final three races of the circumnavigation.