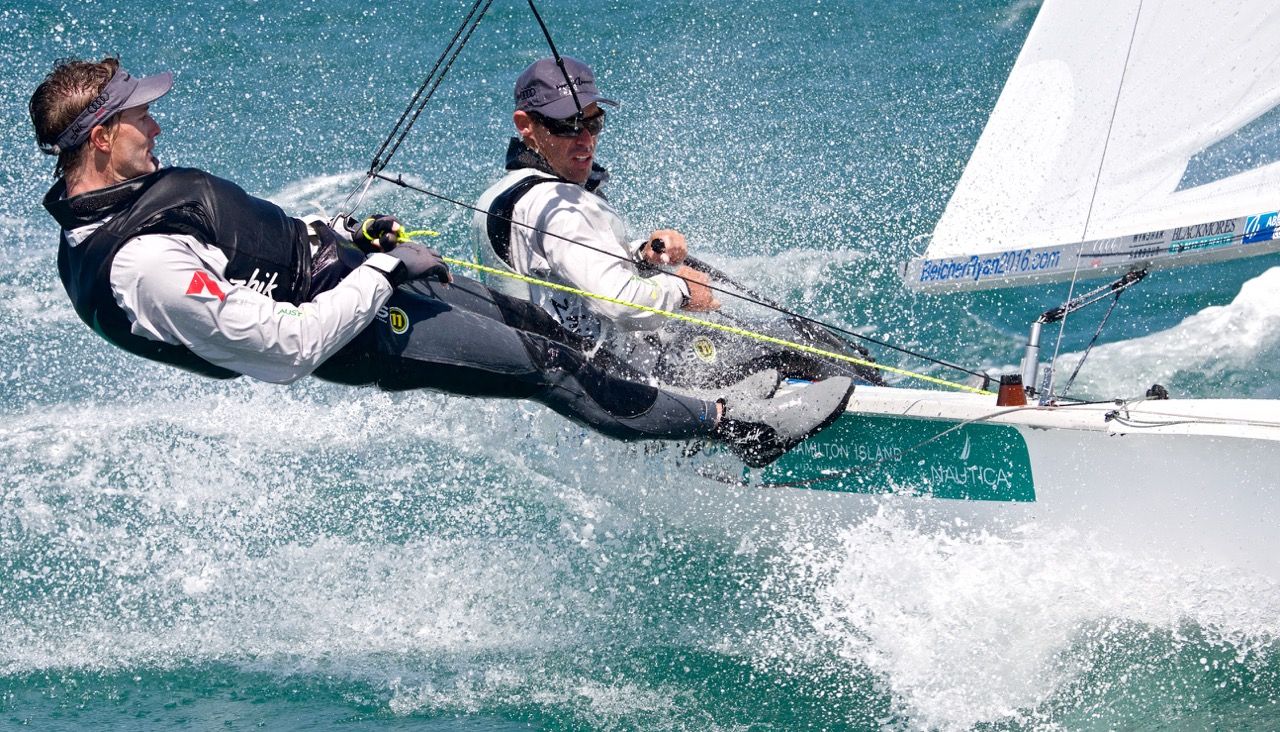 Rio Silver Medallists, Mat Belcher and Will Ryan have won the 470 Australian National Championships held at Wangi RSL Amateur Sailing Club on Lake Macquarie from 10-12 February.  While the Women’s title was won by 2016 Olympian Carrie Smith and crew Amelia Catt.

As NSW sweltered in the heat, the sailors enjoyed some mixed conditions over the regatta, with strong seabreezes coming in across the weekend.

“We’ve had some really good seabreezes,” said Ryan at the conclusion of racing on Sunday.  “It was really warm, but the racing was very close and quite interesting and we all really enjoyed it.”

For Belcher and Ryan it was the first time they had sailed together in a 470 on Ryan’s home waters of Lake Macquarie.

“It was a really good week for us,” said Belcher.  “We didn’t have a lot of preparation, but to come away with another national championship win was a good achievement.

“We’re really enjoying how the 470 fleet is progressing, and it’s great to be able to spend some time with some of the younger sailors.  That’s our focus this year.”

“It was a great event,” said Smith.  “Unfortunately I didn’t have Jaime crewing with me, but I had a great time with Amelia.  We came away with a second overall and the national title for the girls, which we were pretty happy with.”

The event attracted a fleet of 10 boats, and included several Australian Sailing Team and Squad members including the Conway brothers, Patrick and Alexander (fourth place), and Victoria’s Tom Klemens and Tim Hannah (fifth place).  Chris Charlwood and Josh Dawson were the first juniors and finished third overall.  Olympic 470 coach, ‘medal-maker’ Victor Kovalenko was also at the event working with the athletes.