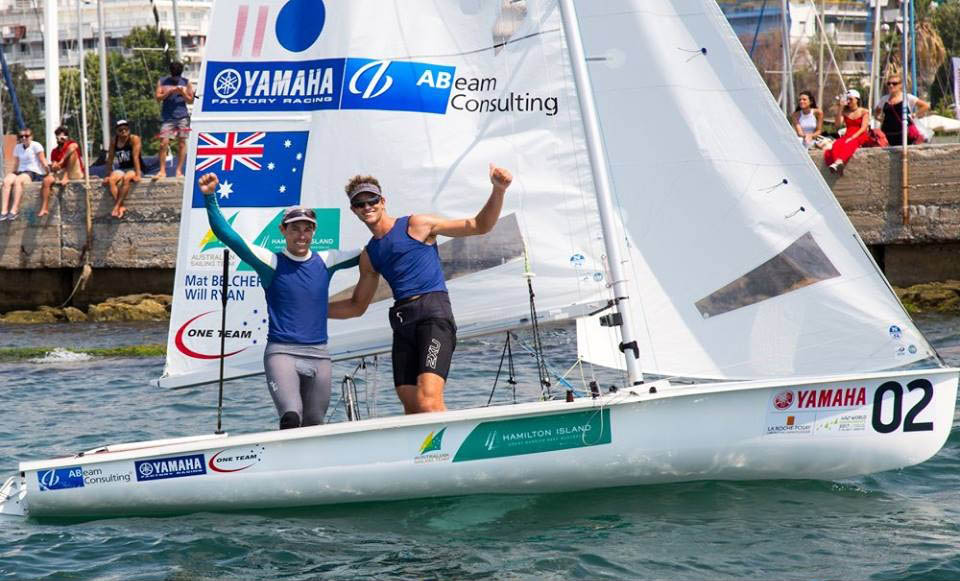 World Champion sailors, Rio Olympic silver medalists Mathew Belcher and Will Ryan, will get a precious taste of the 2020 Games environment when they contest the 470 Class Japan Championships at Enoshima, starting on Friday.

The duo, who snatched the 470 world title on the final day of racing at Thessaloniki, Greece, last month, head a strong contingent of Australians in action over the next week at regattas in Japan, The Netherlands and Hungary.

Australian Sailing’s preparation for the past two Olympic campaigns paid dividends, with London yielding three gold medals and a silver medal, while four of seven crews won medals in Rio.

“To get the opportunity to visit the site and experience an event here is a step towards being able to make the right decisions towards 2020,” Ryan said. “Becoming comfortable in a venue is a big help when you’re expected to spend so much time somewhere, so it’s great getting this opportunity early on in the cycle.

“I just arrived to Japan on Wednesday. With this event being quite shortly after the Worlds, this is not a priority event – but great to be here and see the venue. This is my first visit to Enoshima, although I have visited Japan before. It is quite different to be here in summer; warm, but lots of rain so far.”

Australian Sailing Team member Ashley Stoddart is among five Australian women competing at the Laser Radial Worlds in Medemblik, The Netherlands, which will host 100 entrants from 41 countries, and two Australian men among 64 entrants.

On Lake Balaton in Hungary, Jock Calvert and Lewis Brake will take on the world’s best junior Finn sailors at the U23 Finn World Championship.