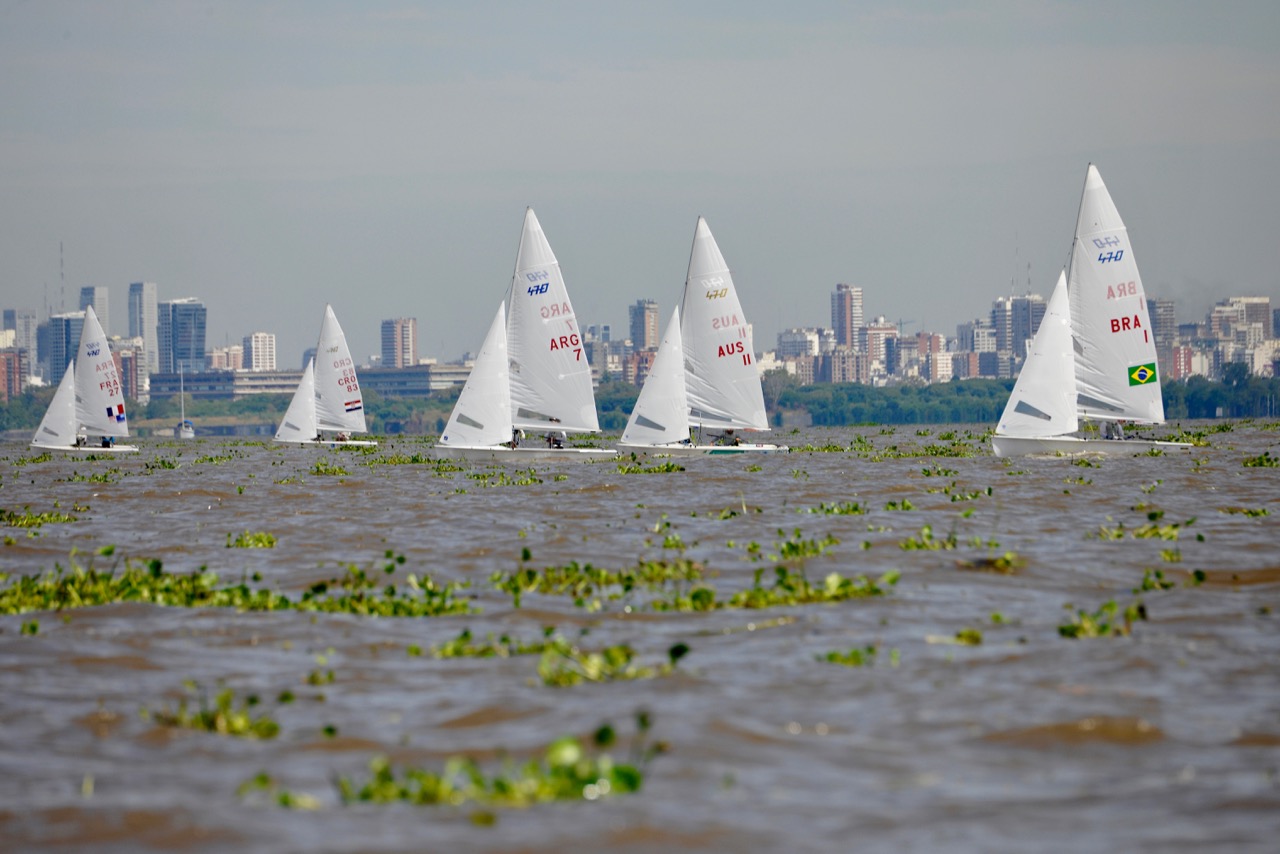 Weed on the course at the South American Championships in Buenos Aires. Photo Victor Kovalenko.

Team AUS 11 are presently in Buenos Aires, and are on the eve of the 470 World Championships for 2016 to be held at the San Isidro Yacht Club. The event will run from Monday 22nd- Saturday 27th; and serves as the final major championship before the Olympic Games in August!

The South American Championships were held as a warm up event late last week, which the team were successful in winning over 4 days of racing in mixed conditions.

An additional few days of training on the local river has been quite beneficial in adapting to the brown coloured fresh river water, shallow mud flats, and an abundance of local floating plants which have significantly added to the challenge of racing here!

The upcoming World Championships serves as a good opportunity to check-in against the fleet, as the build-up continues in the final 6 months towards this years Olympic Games. As defending World Champions (6x Mat, 3x Will) the pressure is on to continue the run of success, however with not so many regattas scheduled on this years circuit, it is important to use the events to further refine a few aspects of our campaign, and to make sure that we can perform at our best in August!