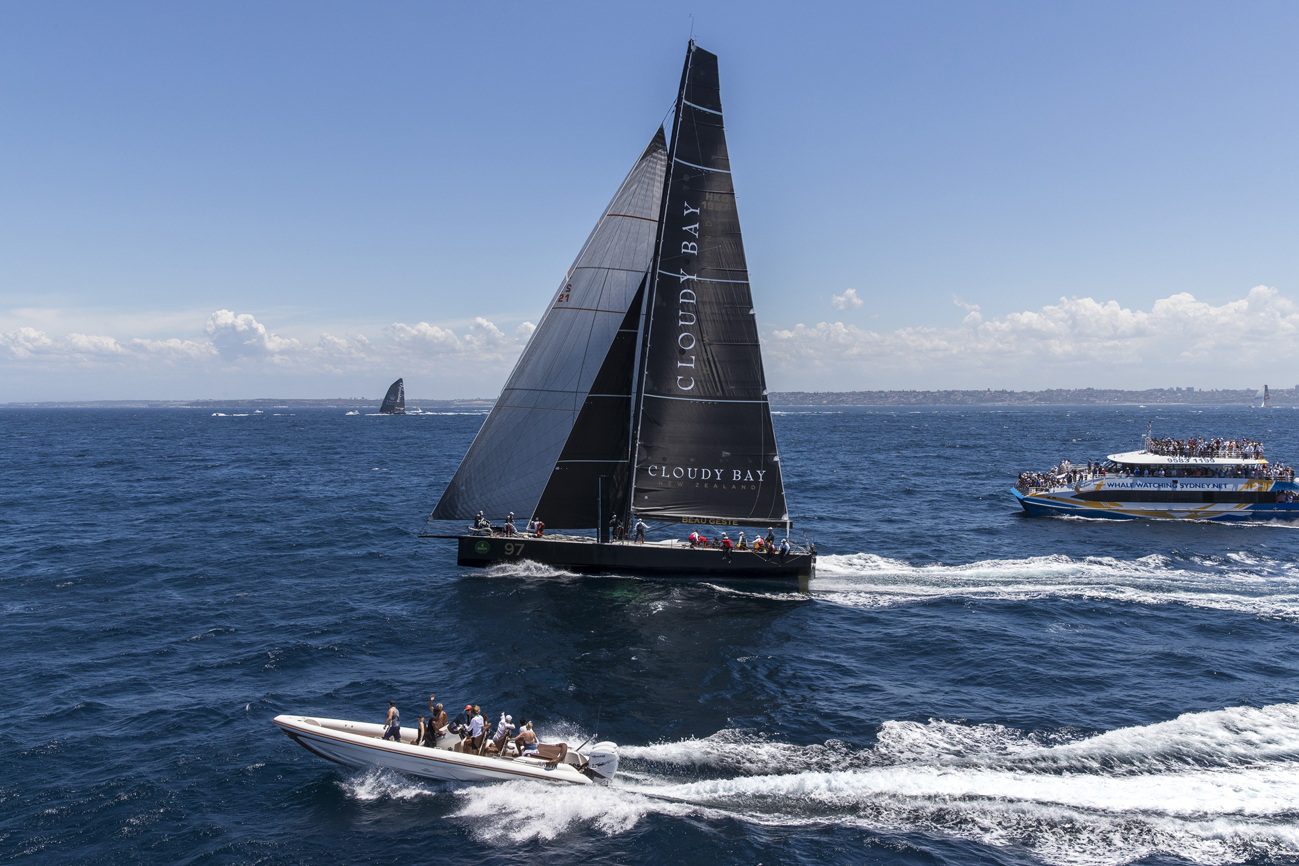 After a night of high speed sailing in the 72nd Rolex Sydney Hobart Yacht Race, Karl Kwok’s Botin 80 Beau Geste was sitting fourth ahead of Scallywag and Black Jack and 10th overall on corrected time, the handicap rating that determines the highest honour, the Tattersall’s Cup.

It was all hands on deck throughout the night, including first-timer Donna Hay, as the Royal New Zealand Yacht Squadron entry flew down the New South Wales coast to reach Bass Strait early Tuesday morning, December 27, 2016.

“Last night it was pretty rough and no one got a lot of sleep. It was all hands on deck, including Donna,” said tactician Gavin Brady via Sat phone at 0930hrs. “We came into Bass Strait this morning and it was beautiful, dolphins around the boat and no water over the deck…. not what Bass Strait is normally like for the fleet. Donna and Aaron (Rowe) were asking ‘is this normal?’

“It was certainly one of the calmest entries we’ve ever had though it’s starting to get a bit bumpy again,” he added as the easterly wind picked up and they were making for Tasman Light doing 18 knots of boat speed.

On Beau Geste’s clever strategy that saw the Cloudy Bay sponsored 80-footer second to exit Sydney Harbour trailing the 100ft supermaxi Perpetual Loyal Brady added, “It was a nice way to exit the heads. We stuck to our game plan and everything worked out our way. There were a few tricky moments trying to get around Sow and Pigs reef.”

Like some in the fleet, reduced to 84 with the latest high profile retirement of Wild Oats XI, the Aaron Rowe skippered Beau Geste suffered damage overnight. A spinnaker ripped through a gybe and the crew spent the next 3-4hrs sewing it up to get it flying again. “We had a good night; a lot of water over the deck. The tear cost us through the breeze transition though; we probably spent 3-4hrs recovering, the boys did a really good job. I think everyone had some issues at that point,” Brady said.

Something that may become an issue if their progress slows is how to make Donna Hay’s meals and snacks last the distance. “The food is the best we’ve ever had in a Sydney to Hobart,” Brady praised. “It’s so good I think we are going through the food quicker than Donna planned. We need to get to Hobart quick!”

Based on current speed Beau Geste is due to reach the finish line off Hobart’s historic Battery Point at 0900hrs Wednesday morning, just one of a number in the lead group on track to break Wild Oats XI’s 2012 race record.