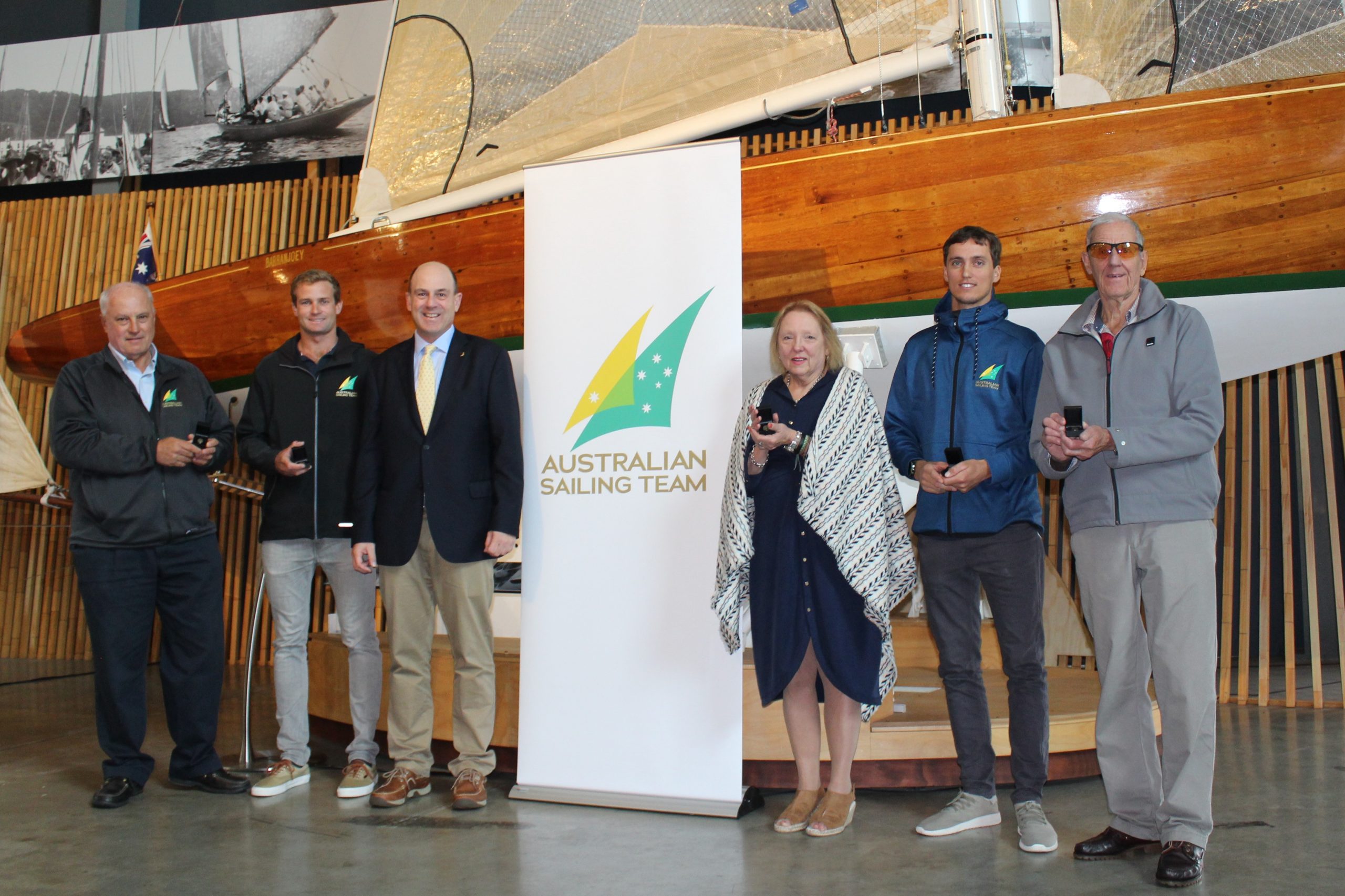 Australian sailing great Iain Murray believes the establishment of the Barranjoey Pin alumni program brings sailing into line with other iconically Australian sports and lays a foundation from which subsequent generations can launch.

Murray – a 2008 Olympian, America’s Cup stalwart and current Australian Sailing Performance Director – was speaking at the public launch of the Barranjoey Pin at the Australian National Maritime Museum in Sydney on Tuesday.

The uniquely numbered pins will be presented around the country this year and next to those athletes who have represented and continue to represent Australia at the highest levels in sailing. It is named after the yacht ‘Barranjoey’, which was sailed to Australia’s first Olympic sailing gold medal, at the 1964 Tokyo Olympic Games.

Murray – recipient of Pin No.159 – called on Australia’s top Olympic class sailors to utilise the knowledge offered by their predecessors, as they set about forging their own path.

“We’ve seen it very strongly in other sports, whether it be rugby or cricket, but it’s probably been missing in sailing a little bit,” Murray said. “There’s a change in the wind and I think it’s time for us to hoist a different sail. Celebrating this with the awarding of these Pins is a good way to start.

“By producing this pin and bringing all these people back to the fold, having their stories exposed, having the people that are around available to come and talk to the young guys and share their experiences, I think it’s part of the brotherhood of where we’re trying to get to.

“We’ve all had our fun, had our successes, had our journeys representing Australia in sailing. There comes a time, I think, where you have a duty to put back in to your sport and try to make it better for the next group of sailors.”

“This creates the start of a process to bring a lot of sailors back in to the sport, renew friendships, and also allow us to go on doing mentoring programs and other programs to bring people together,” Allen said. “We will utilise the expertise that a lot of people who’ve retired have … to help the sailors of today to the mutual benefit of the people involved.”

Allen presented Pin No.1 to Virginia Jamieson, the daughter of legendary sailor Jock Sturrock MBE, a four-time Olympian, bronze medallist, America’s Cup skipper and the 1962 Australian of the Year.

Barranjoey crew member James ‘Dick’ Sargeant became emotional as he received Pin No.28, recalling stories of their groundbreaking triumph more than half a century ago.

Allen then presented pins to the latest recipients, current Australian Sailing Team 49er crew David Gilmour (No.205) and Joel Turner (No.206), who are preparing for the World Championships in Denmark in August.

“It sets a really big platform that we have to work from,” Turner said. “There’s a lot of history in our sport. We know that Australians have been very successful. It sets us up with [the knowledge of] how hard we have to work. We’re definitely under no illusion that it’s an easy target to get an Olympic medal, but that’s what we’re here for.”