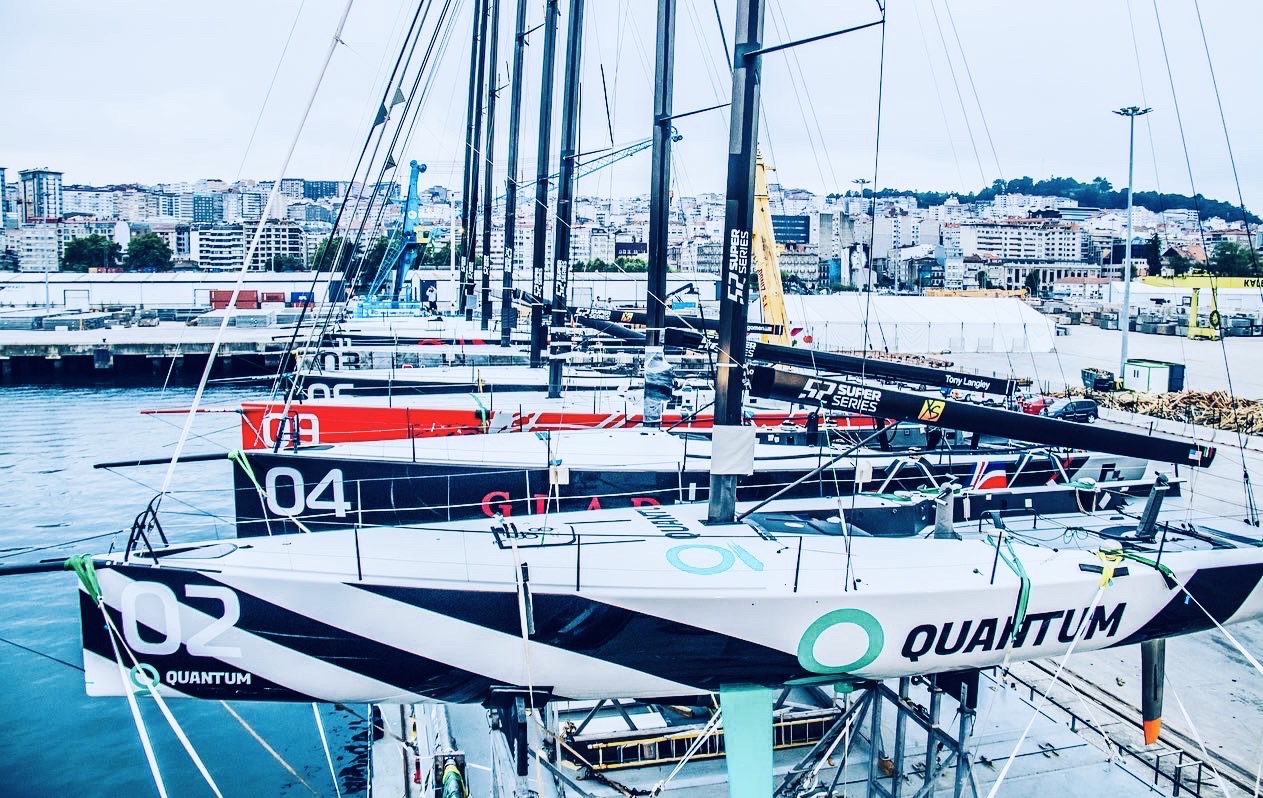 Yachts prepared and waiting at dock

The 52 Super Series fleet arrived in Baiona, Spain this week and with it the countdown to the start of the Abanca 52 Super Series Baiona Sailing Week to be held from 23-28 starting to feel very real.

The preparations for the proud Galician town and the historic yacht club, the Monte Real Club de Yates de Baiona, have been going on for many, many months making ready to host the world’s leading grand prix monohull circuit which has travelled to Galicia for the first time.

Supported by partners such as private bank Abanca and regional funding from Xacobeo 21 22 celebrations, the local organisers have pulled out all the stops to ensure this first 52 Super Series regatta ever to be staged in Galicia is not just a success on the water but is a visitor attraction to the area.

Throughout the week of the event there will be entertainment and exhibitions for race village visitors.

The beautiful club itself is sited within the majestic Monterreal Castle, a 14th century walled fortress that also houses an impressive Parador Nacional (a state run hotel).

The picturesque fishing village forms part of the Camino Portuguese part of the famous Camino de Santiago (Way of St. James) which is one of the most important tourist attractions of the Rías Baixas, which is a paradise for nature lovers, for lovers of Celtic traditions and a world-acclaimed centre of gastronomy in which seafood, fish and wines,

The race area is at the entrance to the Ría de Vigo and is protected by the Cíes Islands (A National Park which includes the best beach in the world, according to the English national newspaper The Guardian).

Platoon’s double world championship winner, Victor Marino, grew up in the area and did a lot of his early competitive sailing and training from Baiona.

Of the race course and the late May winds, Marino says, “Late May the usual wind is the north-westerly (the Portuguese trade wind), averaging 15-16 knots, something like that.”

The area is more protected than Cascais because of the islands so the waters are flatter and normally you don’t get the big waves that Cascais does. But it is a very even race course with little shifts, nothing big or random. And so there is no real advantage I can give as ‘local knowledge.”

Marino adds, “I am so looking forwards to having the series on my home waters, it’s a bit of a dream come true. The weather comes and goes this time of year here depending on the systems, one week it can be bad and one week good.

“While I don’t feel the pressure to perform well on my waters with Platoon – we are in good shape, have changed little from before and have the same crew and everything, we know it we sail our best we can do well, but I feel real pressure that we get good weather!”

Nine TP52s are lined up on the pontoon in Galicia ready to start training from early next week. The official practice race is on Monday 23 May and racing runs to Saturday.

José Luis Álvarez, president of the MRCYB, is ready to welcome sailors and visitors to the Club: “To have been chosen by the Super Series to open the 2022 season is a source of pride for us and is also a huge responsibility,” he said.

“Monte Real is used to organising big events, but this competition is a new challenge for us, at all levels.

“The Club’s staff have been working hard for months to ensure everything goes perfectly. We are sure it will be what we want it to be: a milestone in the history of the sport in Galicia, an unforgettable event for sailing enthusiasts, a new opportunity to show how we do things at Monte Real and a unique opportunity to promote Baiona, the Rías Baixas and Galicia beyond our own borders.”