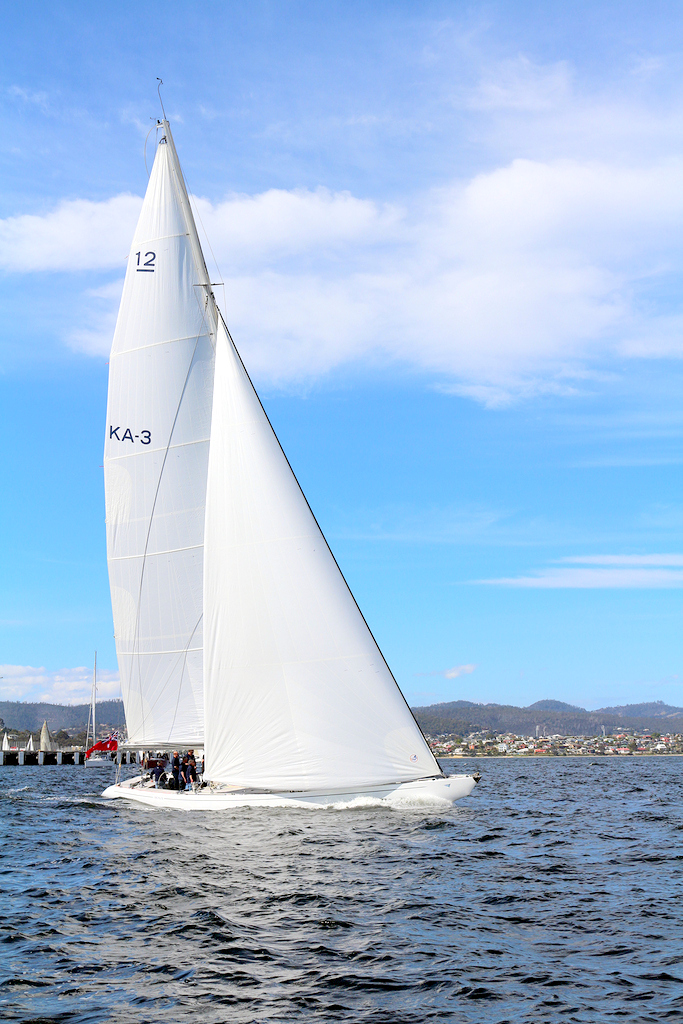 Southern Tasmania has a unique heritage in yachting that can be traced back to the 1830s: the annual sailing regattas that start at Hobart and on the Huon River in the spring and end up down at Dover on Port Esperance, the nation’s southernmost port, in late autumn.

While some of the original regattas such as Shipwrights Point have long gone, there are still eight keelboat, in some cases off-the-beach, regattas on the summer racing program.

The season began last September with the Pipe Opener and Cock of the Huon and will end in April with the Port Esperance Regatta.

This weekend the innovative Port Cygnet Sailing Club is conducting the Cygnet Regatta Weekend, with four exciting events over three days that maintain this tradition of regattas on the River Derwent, the D’Entrecasteaux Channel, the Huon River, Port Cygnet and Port Esperance.

The Cygnet Regatta Weekend began today with a day race from Beaupre Point at the entrance to Port Cygnet on the Huon River, then up the Channel to Kettering, and this evening a night race from Hobart to Kettering.

From Port Cygnet, the fleet was enjoying a rollicking ride down the Huon and up the Channel to Kettering with the south/south-easterly kicking in to 27-28 knots, with some sharp squalls.

The win was not without its dramas. Planing at 20 knots under spinnaker, the Huon 10 broached and crew member Helen almost went overboard.

She was saved from a ‘swim’ by her buoyancy vest inflating, jamming her between the cabin top and the safety rails. The crew quickly recovered her (and the boat’s equilibrium) to score an outright victory.

In the passage race from Hobart to Kettering, Gretel II, skippered by Steven Shield, led the way down the river on a cool and damp autumn evening with a fleet that also included the Jock Muir-designed 48-footer Trevassa, skippered by Greg Muir.

A Dragon class champion helmsman, Shield won the start with a perfectly timed run at the pin end and quickly powered away from the smaller boats. GII took a long starboard board before tacking back to the western shore at the Garrow Light, continuing to open up her lead.

Carrying full main and a No 2 jib, the vintage Twelve Metre class yacht showed she has lost none of her competitive speed to windward in the 12knot SSE breeze and is expected to lead the Hobart fleet to Kettering by mid to late evening, if the breeze holds.

Mike Hutchinson’s Hobie 33, Emotional, was out sailing most of the other larger boats down the River with Will Justo’s Huon 36, Quiet Ache also well placed.

At noon tomorrow a combined fleet of near 50 yachts will race from Kettering down the Channel and up the Huon River to Cygnet.

Then on Sunday the Port Cygnet Regatta Race will sail around a fixed course within historic Port Cygnet, with a Classic division and two divisions for cruiser/racer keelboats.