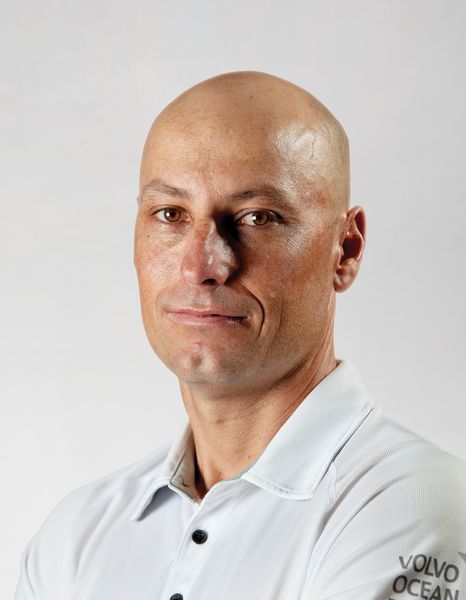 Amsterdam, May 15 2017: Team AkzoNobel, the professional ocean racing team representing the Netherlands in the 2017-18 Volvo Ocean Race, has announced Australian Luke Molloy as part of its sailing line-up for the 83,000 kilometer (45,000 mile) around-the-world race.

The Australian sailor, who now lives in England, is one of yachting’s most widely respected all-rounders and constantly in demand on the international racing scene. His last Volvo Ocean Race was in 2005-06 aboard Team ABN AMRO 2 alongside Simeon Tienpont and the pair have been close allies ever since.

Molloy is “tremendously excited” to be making a return to the Volvo Ocean Race and is particularly looking forward to the third leg, which will see the fleet of up to eight identical boats race from Cape Town, South Africa, to Melbourne in Australia, arriving shortly after Christmas.

“Simeon has selected a fantastic crew to take on this race and I’m honored to be a part of it,” said Molloy. “It’s been a while since the race last stopped in Australia, so I’m sure it will be a proud moment to be an Aussie on the boat as we race into Melbourne.”

“The crew I have chosen blends maturity and experience with youth and vigor,” explained Tienpont. “We have an incredible depth of campaign experience in this team, with 24 Volvo Ocean Races and five Olympic campaigns between us. In addition, we have the instinctive high performance skills of our two under-30 sailors, Brad Farrand and Nicolai Sehested, to call on.”

Kiwi sailor Brad Jackson (49) is taking on his seventh Volvo Ocean Race as a competitor. He has won the round-the-world race three times (firstly as the Whitbread Race in 1993-94 and twice as the Volvo Ocean Race in 2005-06 and 2008-09) and has never finished lower than fourth. In the last edition in 2014-15, Jackson managed and coached the Swedish all-women entry, Team SCA.

Roberto Bermudez de Castro (47) is one of Spain’s most prolific and popular ocean racers. He represented Spain in the Star class at the 2004 Olympics in Athens and has six previous Volvo Ocean Races to his name, including a spectacular victory in the 2014-15 edition with Abu Dhabi Ocean Racing.

Brazilian sailor Joca Signorini (39) is also well-known in his home country for his yacht racing exploits. He is a multiple South American champion and raced for Brazil at the 2004 Athens Olympics in the one-man Finn class. He has sailed the Volvo Ocean Race three times and won it once, in 2008-09 with Ericsson Racing. In the 2014-15 edition, he worked with Jackson as crew coach at Team SCA.

British sailor Jules Salter (48) is internationally lauded as a top-flight racing navigator. He has competed three times in the Volvo Ocean Race and, alongside Jackson and Signorini, was part of the victorious 2008-09 Ericsson Racing crew.

Denmark’s Nicolai Sehested (27) is best known as a skipper on the World Match Racing Tour. He raced his first Volvo Ocean Race in 2014-15 on Team Vestas Wind, when he sailed several legs alongside Tienpont.

Bes (39) represented her country at three Olympic Games, including winning silver in the women’s Yngling class at the 2008 Beijing Games, and is finally realizing a long-time goal to compete in the Volvo Ocean Race.

Farrand (28), whose professional campaign experience stems mainly from the fast-paced multi-hull world of the Extreme Sailing Series and the World Match Racing Tour, is a seemingly bottomless pit of energy and enthusiasm – an attribute that will serve him well in the physically demanding role as the team’s bowman.

Tienpont (35) has competed in the Volvo Ocean Race twice previously – in 2008-09 as part of the Dutch ABN AMRO 2 crew and most recently in the 2014-15 edition with the Danish entry Team Vestas Wind – but this is his first time in charge of his own campaign.

Two of the team AkzoNobel shore-based support team, Bryce Ruthenberg from Australia and Dutchman Eduard van Lierde, have been nominated as reserve sailors to join the crew in the event of sickness or injury to the core sailing crew.

Ruthenberg (37) has been part of two America’s Cup victories with Oracle Team USA and taken part in nine editions of the classic Sydney to Hobart race.

“The Volvo Ocean Race is a wonderful showcase for the unrivalled quality and high performance of our products, so it’s important this is reflected in the team itself,” said AkzoNobel CEO Ton Büchner. “Simeon has assembled an outstanding crew of real pedigree which is fully committed to winning together and we are proud to have them on board.”

Work is underway at the Volvo Ocean Race Boatyard facility in Lisbon, Portugal, to fit out and paint team AkzoNobel’s brand new Volvo Ocean 65 yacht. The boat is scheduled to sail for the first time in early June, with an official christening ceremony planned to take place at the team’s base in The Hague, the Netherlands, soon after.

The team AkzoNobel crew will then begin four months of intense on-the-water training in the lead up to the start of the eight-month race in Alicante, Spain, on October 22. Several transatlantic crossings are also planned, as well as participation in the iconic Fastnet Race from Cowes, Isle of Wight.