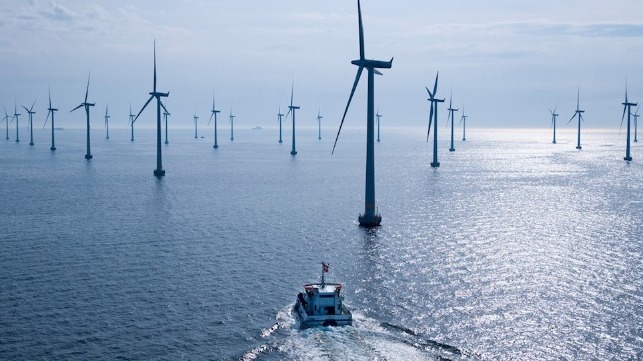 The Australian Government has approved a license to allow Offshore Energy Pty Ltd (OEPL) to undertake resource exploration for an offshore wind farm about eight to 13 kilometers off the Gippsland coast in Victoria.

OEPL's Star of the South project – which would be Australia’s first offshore wind farm – is proposing the construction of 250 wind turbines that could generate up to 20 percent of Victoria’s electricity needs and feed the power into the National Electricity Market via an underground cable to the Latrobe Valley. The project is expected to avoid as many as 10.5 million tons of greenhouse gas emissions annually and to power up to 1.2 million homes. It could create up to 12,000 manufacturing and construction jobs.

OEPL has not been given any rights to develop or operate an offshore wind farm under the license and has not received government funding.

The project is being undertaken by a group of local Australian developers along with leading offshore wind developer and investor, Copenhagen Infrastructure Partners (CIP). Star of the South CEO, Andy Evans, said: “We’ve done a lot of background studies and look forward to getting out there and further understanding the marine environment. While it’s still early days for the project, these crucial investigations will help us move forward.”

The Maritime Union of Australia has welcomed the government's approval. Deputy National Secretary Will Tracey said: “This outcome is the result of months of lobbying by unions and community groups who have been highlighting the potential for an offshore wind sector to create thousands of quality jobs, particularly in regional communities like Gippsland that have been hit hard by the closure of coal generators.

“Even the anti-renewable energy forces within the Federal Government have realized the potential of this project, finally allowing the essential investigation of sea bed conditions and wind and wave conditions that are needed before it can proceed to a detailed planning stage.”

Environmental group Friends of the Earth also welcomed the news. “The Star of the South offshore wind farm will be a game changer for action on climate change and Australia’s energy system,” said Pat Simons, Friends of the Earth’s renewable energy spokesperson.

The news comes a day after the new Delburn Wind farm was proposed at a plantation site in the Latrobe Valley, a sign that the region could position itself as a renewable energy hub.