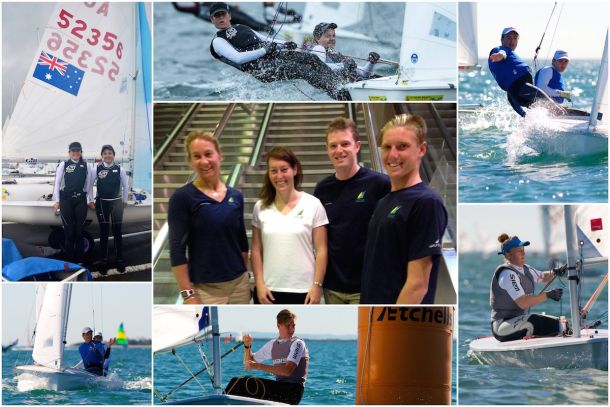 The Laser Radial and 420 sailors will be the guests of the Japan Sailing Federation at Wakayama Sailing Club. It will be the fourth year of this exchange, which is highly valued by both countries.

“I'm really keen to learn a lot from Japan and experience the different conditions it'll offer as this trip is another stepping stone as I prepare myself for the Youth Worlds this year,” Jacinta Ainsworth said about the opportunity ahead.

“The trip to Japan will be a great opportunity for me to come back to racing after the World Champs. Also being on a trip without my parents will be important for me to manage myself well so I can perform during the event and for future regattas,” Conor Nicholas said.

“Japan will be a great opportunity for all the athletes to test their skills in an International regatta environment. For this year’s Youth Team athletes it will be a good lead-in event in their count down to the ISAF Youth World Championships. For Conor it will be his first event back in the boat after winning the World Laser Radial Youth Championships in Canada. I’m looking forward to working with both Laser sailors to help them reach their potential as well as the team as a whole, whilst hopefully experiencing some of the local culture.”

The program is embedded in the Japanese Youth National Team training camp and the Japanese selection races for the ISAF Youth Worlds to take place in Malaysia at the end of December. The Australian sailors will participate in the Laser Radial and 420 events with racing taking place 20 – 22 September 2015.

The program offers both Japanese and Australian Sailing pathway sailors a great opportunity to not only improve their skills and techniques, but also to find lasting friendship between the two countries.