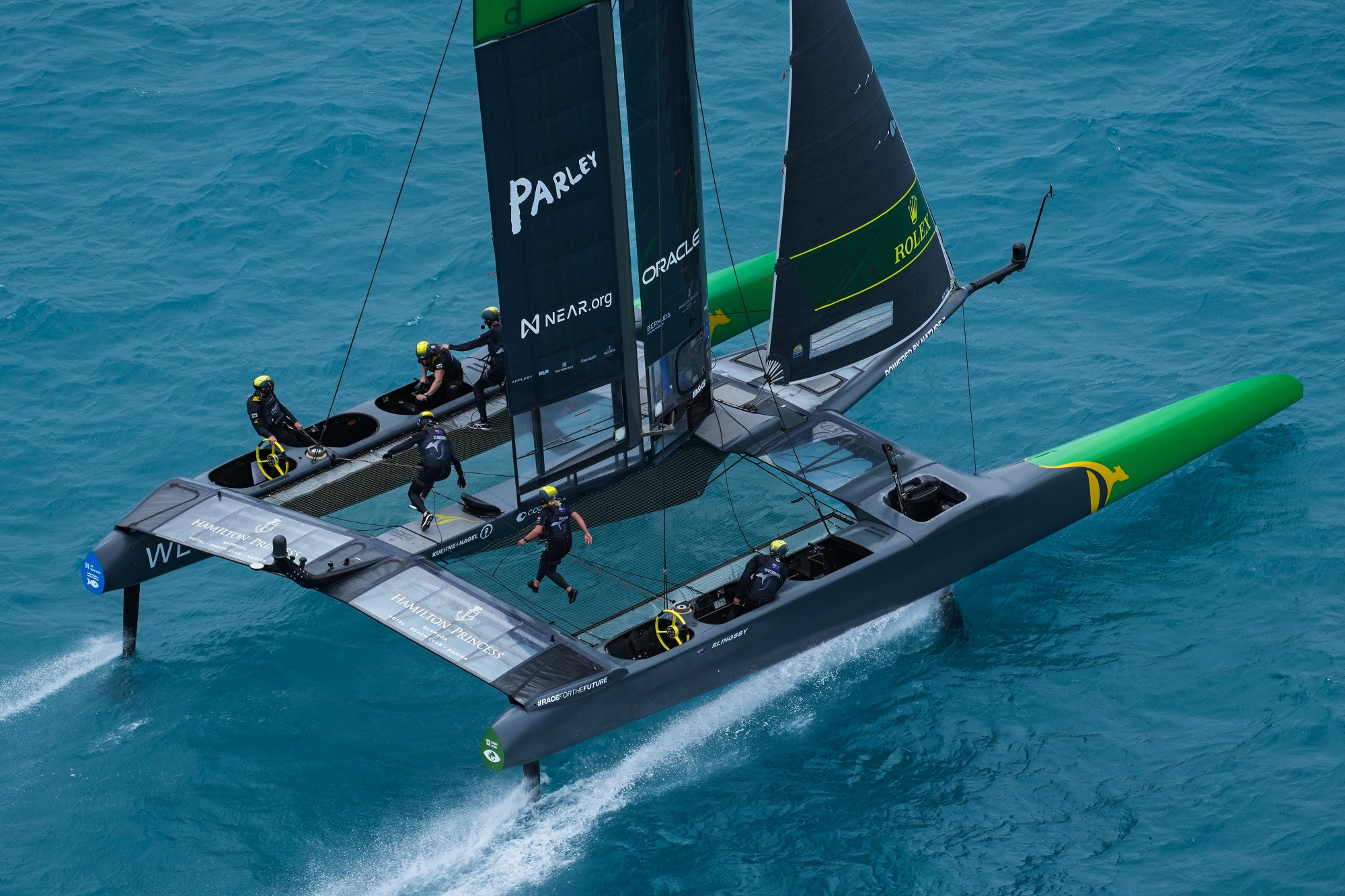 Bermuda: After taking home the SailGP Championship trophy for the second season running, Tom Slingsby, the Australia Team driver and CEO announced today that the team will donate $72,000 (AUD) from the team’s $1,000,000 prize purse to its Race For The Future partner, Parley for the Oceans..

Slingsby’s team joined the fight against marine plastic pollution in Season 2 of SailGP, partnering with global environmental organisation Parley for the Oceans. The multi season deal aims to raise awareness of the issues faced by the ocean and inspire action, harnessing the power of sport to do so.

The team’s donation will be used to conduct remote expeditions and clean-ups throughout Australia’s treasured beaches and coastlines, and support the Parley AIR Strategy to Avoid, Intercept, and Redesign plastic and other harmful emissions through clean-up operations, community-led education programs, and material innovation.

Slingsby commented, “It was a unanimous decision from our team that we wanted to leave a lasting positive impact on the oceans with our prize money.”

Cyrill Gutsch, CEO of Parley for the Oceans said: “We’re all in the race of our lifetime, a race to redesign our world and protect the oceans before we lose everything. To end plastic pollution and address the climate crisis, we need to work with nature, and sailors understand this like no other group.

“We’re proud and grateful to partner with SailGP and the Australia team to show the power of this league on and off the water, and to work together to drive solutions across Australia and communities worldwide – for the oceans that connect us all.”

The Australian Team’s partner WLTH also announced it would reward the team’s success in Season 2, funding 5000m² of bonus beach and coastline clean-up, to be delivered by Parley for the Oceans.

WLTH’s current partnership rewards the team’s performance throughout the season with impact investment in collaboration with Parley for the Oceans. WLTH empowers and funds beach and coastline clean-ups, removing marine plastic pollution from Australia’s treasured beaches and coastlines, with the level of investment based on the Australia team’s results in every race, at every event.

The teams’ partnerships with Parley for the Oceans and WLTH places purpose truly at the heart of the sport’s drive to climate action and accelerate change towards a cleaner and more inclusive future for all.

The Australia team will compete this weekend at the Bermuda Sail Grand Prix presented by Hamilton Princess in Bermuda, the first event in SailGP Season 3. Racing will air live on Fox Sports and on Kayo. Kayo is offering fans free access to both the live and replay racing, via its Kayo Freebies offer.