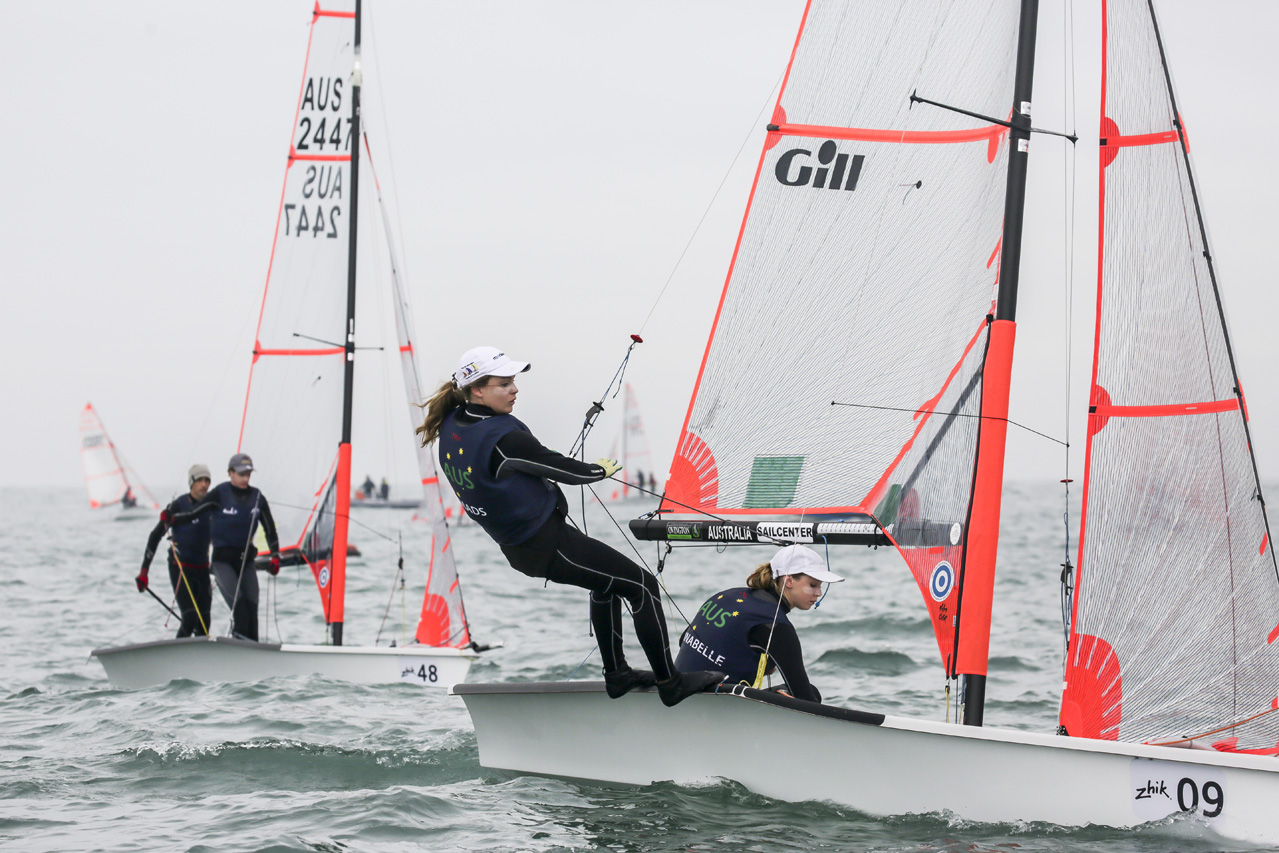 The final four races of the qualifying series for the 2018 Zhik 29er World Championship were held today off the Po Toi Islands in Hong Kong, where Australia has made it into the Gold Fleet.

With consistent top five finishes, Hong Kong’s Calum Gregor/Jon Crawford HKG 2532 are headed to the Gold fleet with 18 points. Hot on their heels and only three points behind are New Zealand’s Francesco Kayrouz/Jackson Keon NZL 12. France’s Theo Revil/Gautier Guevel FRA 3 are on 23 points.

The traditional rivalry between New Zealand and Australia is as present as ever with Aussie’s Lachie Brewer/Max Paul AUS 6 not far behind the Kiwis on 25 points.

To the relief of sailors, the breeze dropped from the previous two days to a 10kt north easterly. The breeze was fluky making a difficult race track that was heavily favoured toward the left.

Out of the 58 teams on the water there are five all-female and eight mixed teams. Sailing is one of the few sports where females and males compete against each other on a level playing field. Gaining control in the first race and remaining comfortably ahead, extending on each leg to secure a much needed 1st place, was Australia’s Annabelle Davies/Madison Woodward (AUS).

After a less than stellar first day on the water, they picked up today and scored top five placings in three out of four races.

The girls have been a bit unlucky with two races yesterday not completed due to a broken trapeze wire and, with only one drop, have to carry a result of full points on their scorecard. This meant that despite sailing brilliantly today in the challenging conditions, they just missed out on gold fleet by a mere three points.

New Zealand’s Crystal Sun/Olivia Hobbs are headed to the Gold fleet, despite struggling in today’s conditions. With forecast predicting heavier breeze tomorrow though, they may be in contention to climb back up the fleet.

The pair has consistently been in the top 10 against the male contenders in the monstrous breeze yesterday. It earnt them respect from the whole fleet and showed the girls have been training hard in the windy conditions that are renowned in New Zealand.

The final series kicks off tomorrow with 10 races being sailed over three days from which the 2018 world champion will be crowned.