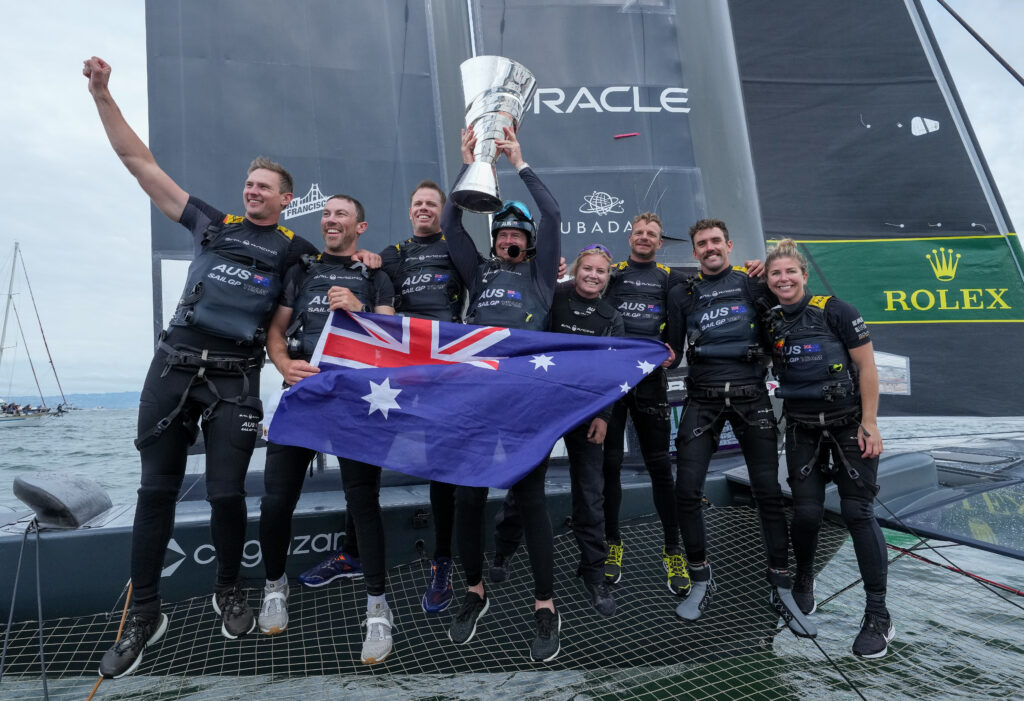 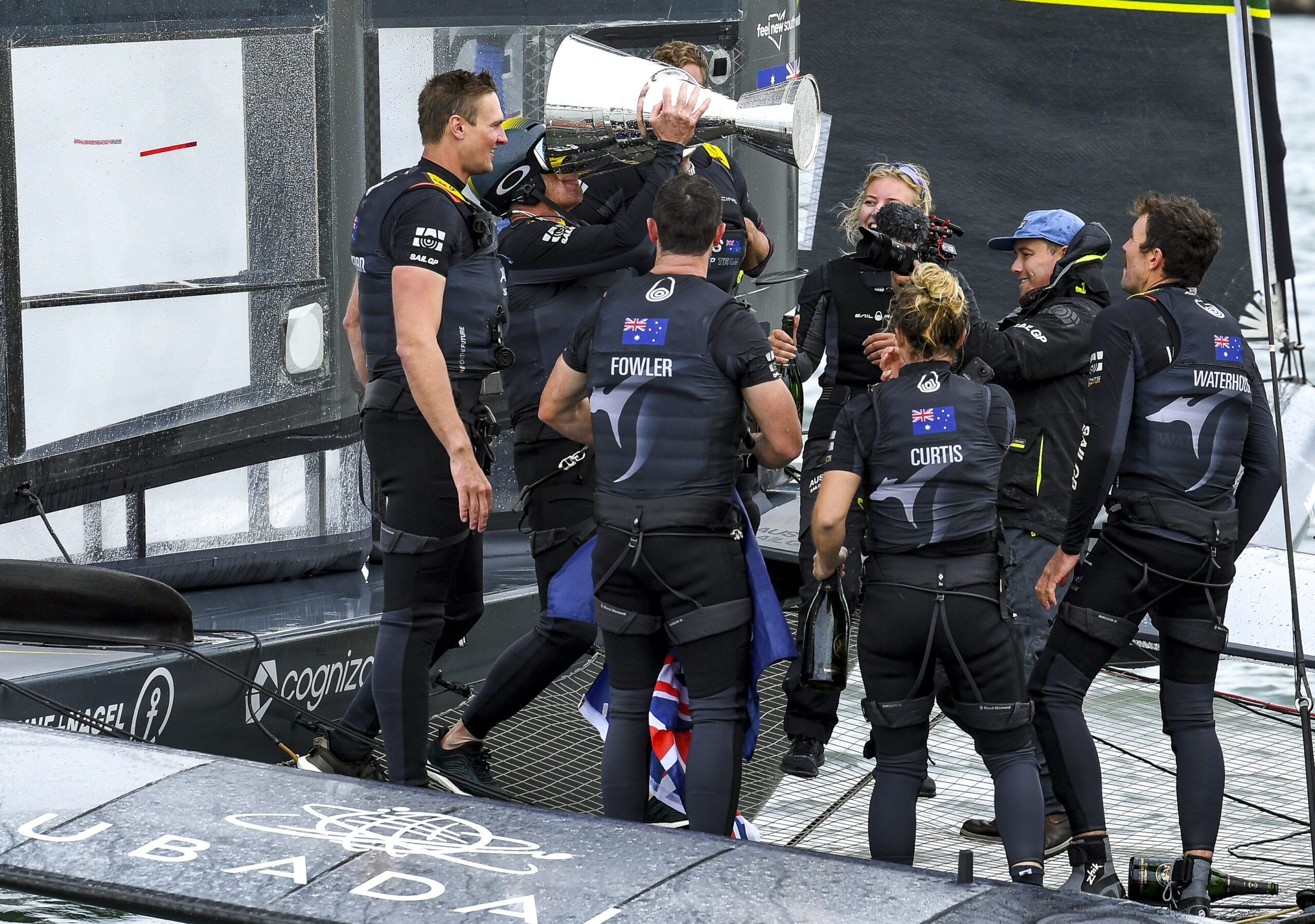 Celebrations begin aboard the F50. Pic - Ricardo Pinto for SailGP 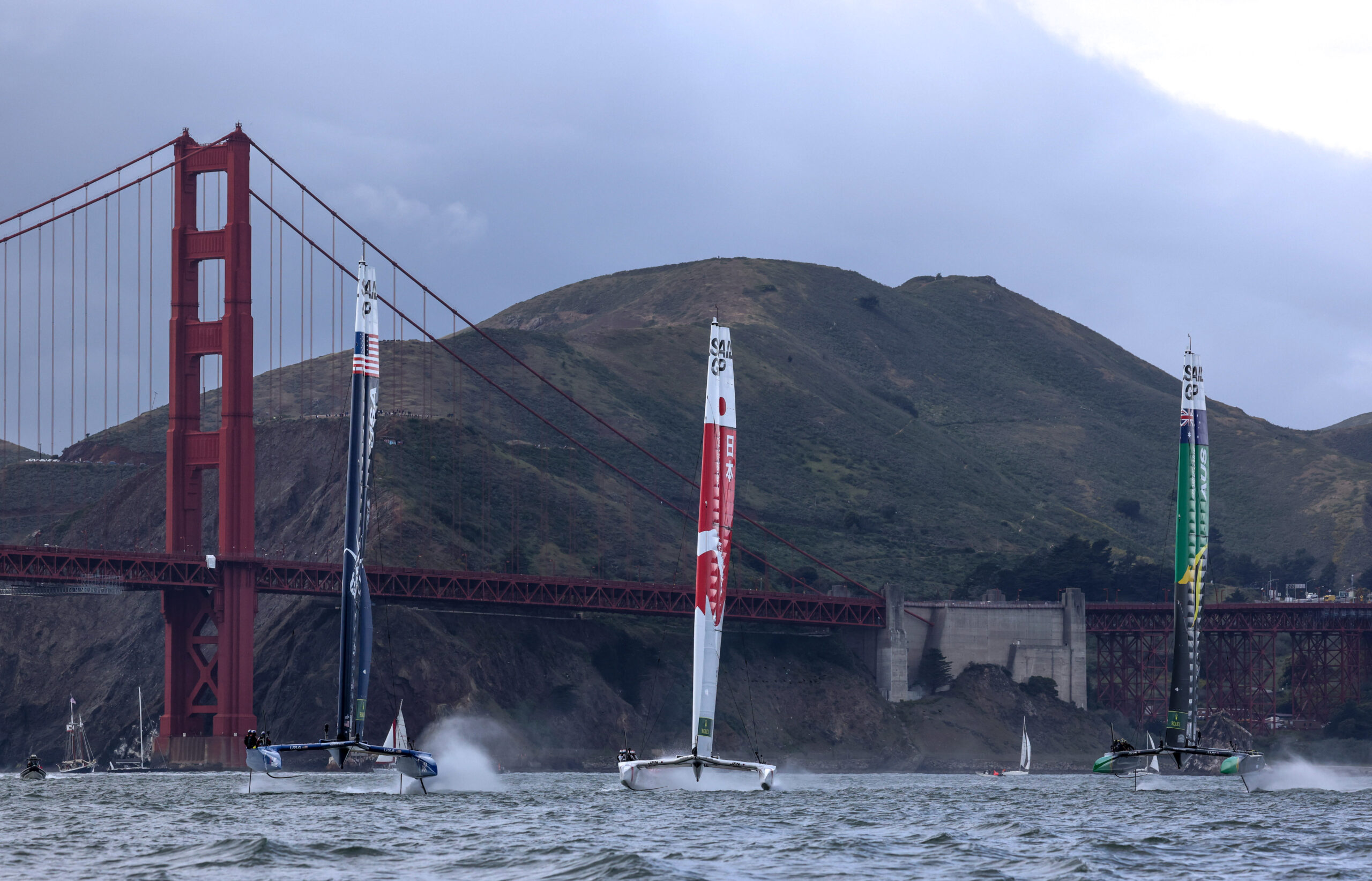 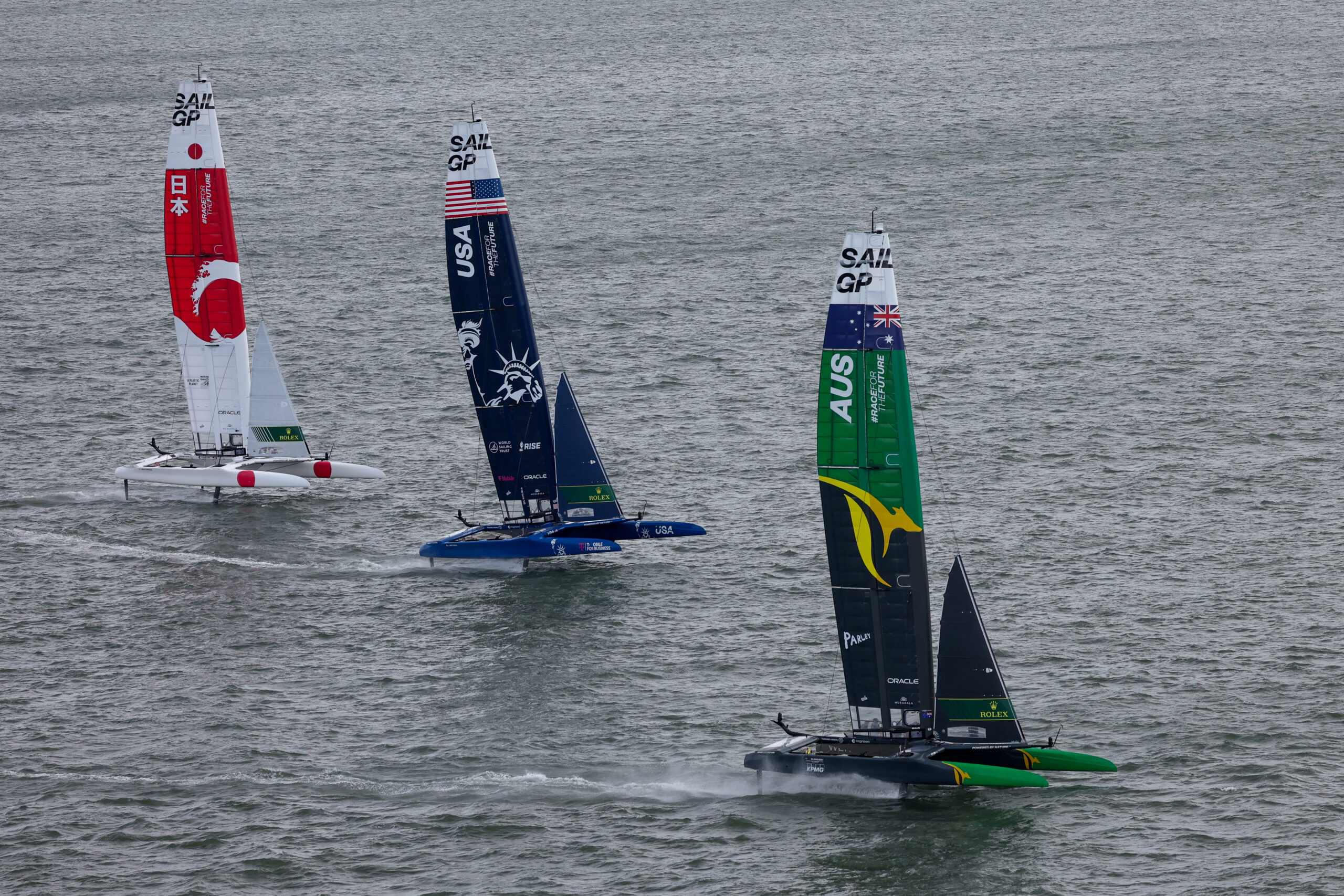 San Francisco: The Australia Team are the SailGP Season 2 champions.

Tom Slingsby led the Australia SailGP Team to a stunning victory and secured a place in history, after beating Japan and USA in the final drama fuelled race.

The first Grand Final race in fact had to be abandoned, after a whale was sighted breaching inside the course, just as the Australians had cinched the lead. But not one to be rattled by adversity, Slingsby proved the team’s superior tactical prowess and brute strength in the second scheduled Grand Final race.

Tom Slingsby said: “I think we all knew coming into today that we would need to freestyle given these freak weather conditions and I told my team to expect anything. But I can safely say that none of us expected a whale to be the thing that would holt our Grand Final.”

The dominant Australian team took the lead in the start line and from there had secured a convincing 500 metre advantage on Japan and USA, who struggled in the shifty wind conditions.

Tom Slingsby said: I never have to question that my team will perform under pressure. I mean we are the only winner of SailGP and it’s not just the fact that we win, but we win dominantly. We have proven time and time again that we are the strongest team. I’m so proud to have Australia on the top step and to prove once again that Australia is the best sailing nation in the world.”

Nina Curtis also made history as the first female athlete in a SailGP team to win a SailGP Grand Final. Curtis, on board as a tactician, provided key tactical calls to the team which were critical in delivering the win for the team.

Nina Curtis said: It’s pretty incredible to be the first female athlete to win a SailGP grand final. I have learnt so much from this team and there is a lot of confidence in our ability even with all of the madness that we saw on the course today.

In addition to the victory, Slingsby and the team walked away with the grand Thomas Lyte-designed SailGP Championship trophy and the most substantial monetary prize in the sport – US$1 million. Slingsby plans to distribute the prize money amongst both sailors and shore crew, who he credits as being instrumental in the success of the team on the water.

The Australia team were also able to celebrate with the thousands of fans lining the San Francisco bay, who erupted in cheers when the team stood on the winners podium, delivering an electric atmosphere.

The winner of the Impact League was also announced. A world-first in sport – The Impact League integrates positive sustainability action into the sport with teams competing at each event to win points in the league. The New Zealand SailGP Team took the ‘podium for the planet’ with its Race for the Future partner, Live Ocean. Great Britain came in second place with STEM Crew, and Australia third with Parley.

Burling said: “We’re stoked to win the first Impact League. It’s been a massive team effort from everyone involved, from the shore team, the sailing team, management and our partners.”

Tuke added: “Increasing awareness of the vital role a healthy ocean plays in a healthy future has been a massive focus for us this season so it’s awesome that the Impact League victory will enable us to support this important work by the University of Auckland through our partnership with Live Ocean Foundation.”

Slingsby and the Australia team will now prepare to compete in SailGP Season 3, which will commence in Bermuda on the 14-15 of May.