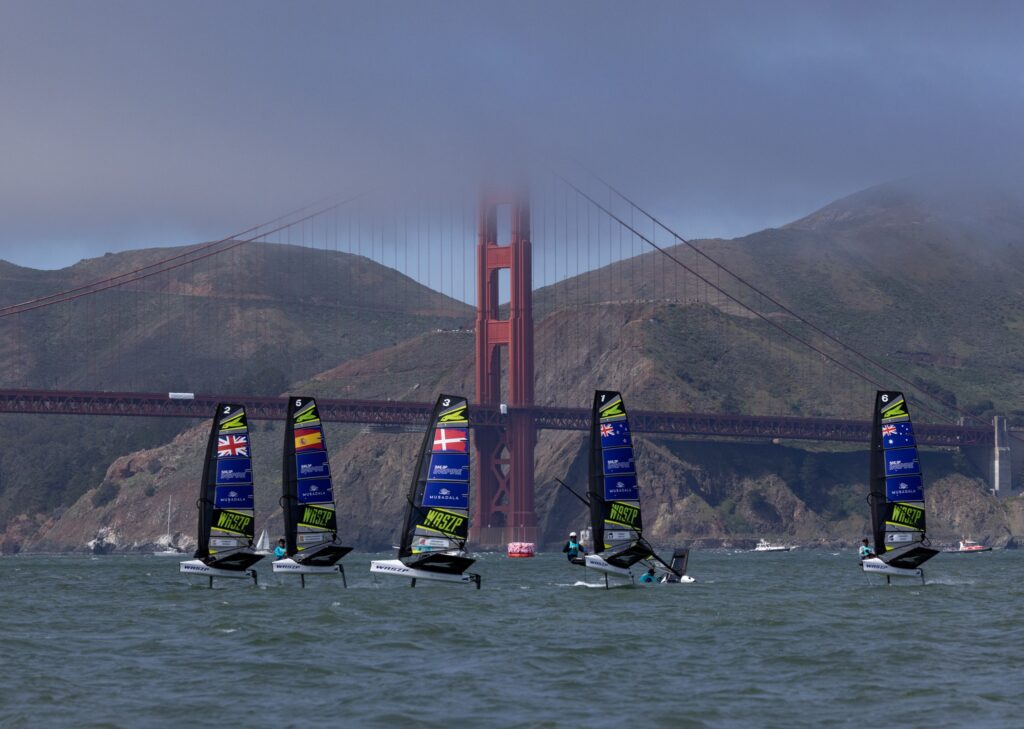 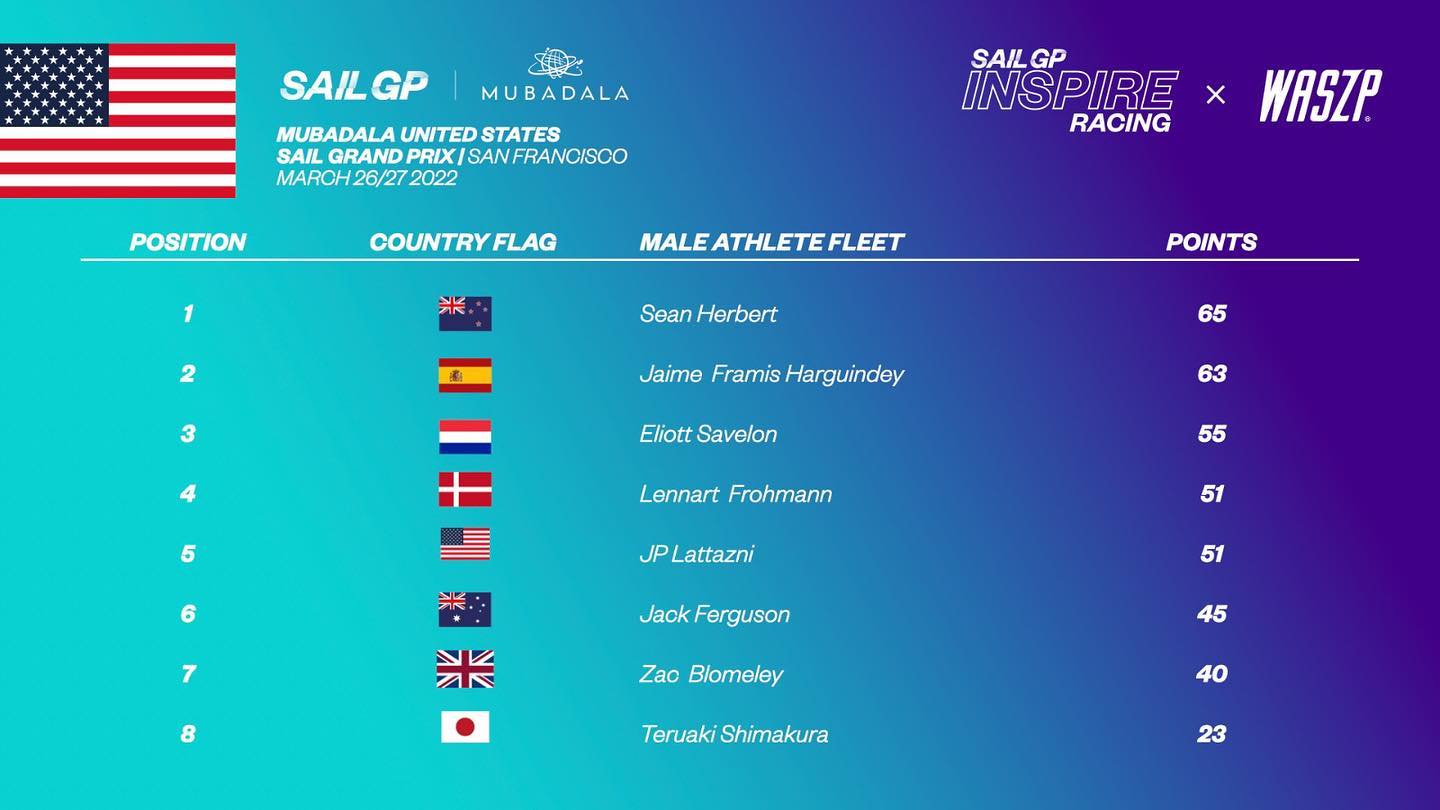 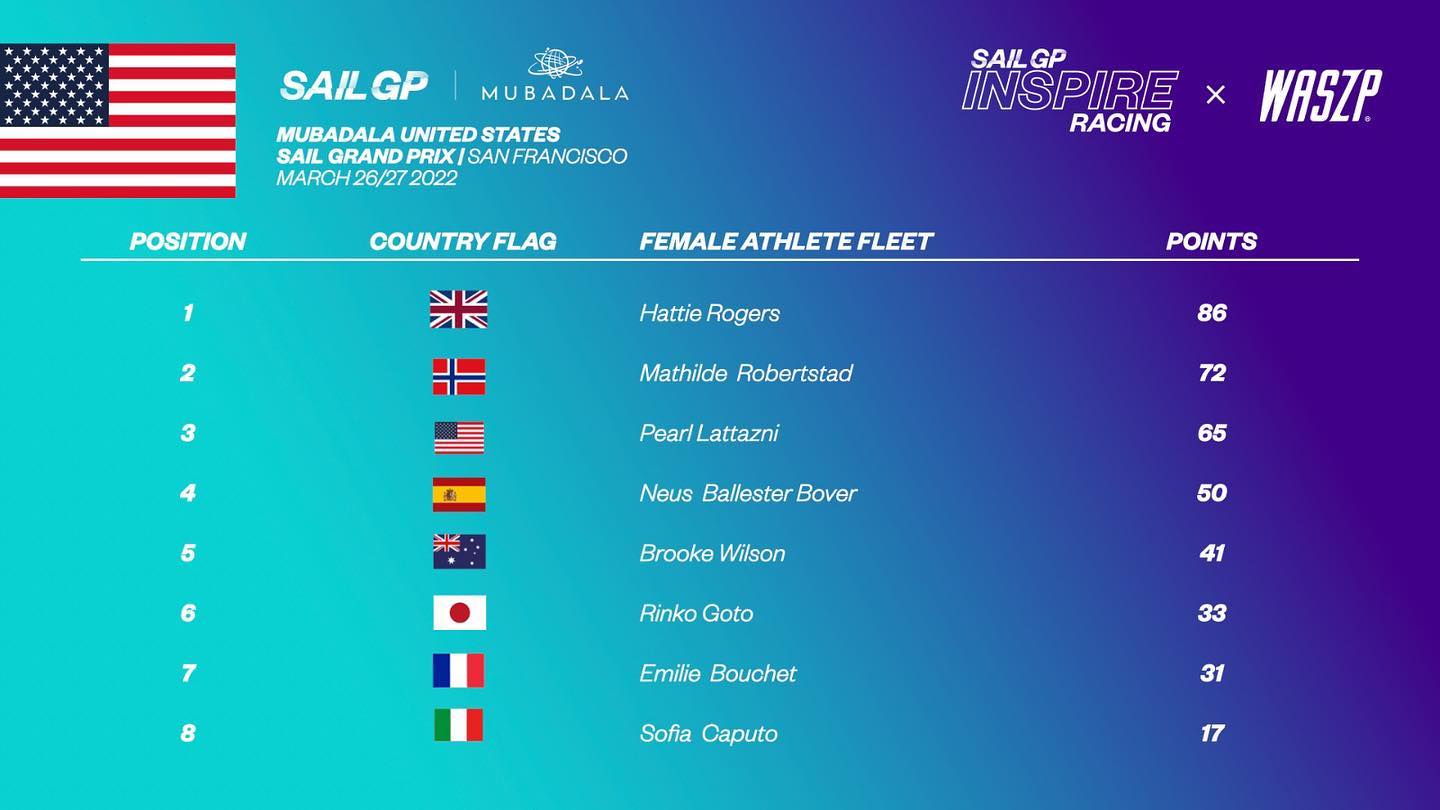 San Francisco: Congratulations to Hattie Rogers from Great Britain and Sean Herbert from New Zealand who claimed the male and female championships at the SailGP – Waszp Inspire Racing Grand Final.

In a drama-packed final day, Herbert took the win from series leader Jaime Framis Harguindey from Spain. While Hattie fought off stiff competition from Mathilde Robertstad of Norway and Pearl Lattanzi of the USA to claim victory.

Waszp UK sailor Rogers has had one of the most remarkable weeks in sailing. Getting ready to line up for INSPIRE Racing – training days, she received a surprise phone call to see if she wanted to step up to the F50 as a replacement for an unwell Hannah Diamond.

Hattie took the opportunity with both hands, even getting a chance to drive the F50, then in true professional style, Hattie went out and got the job done in the Waszp Inspire Racing Finals, capping a truly amazing week.